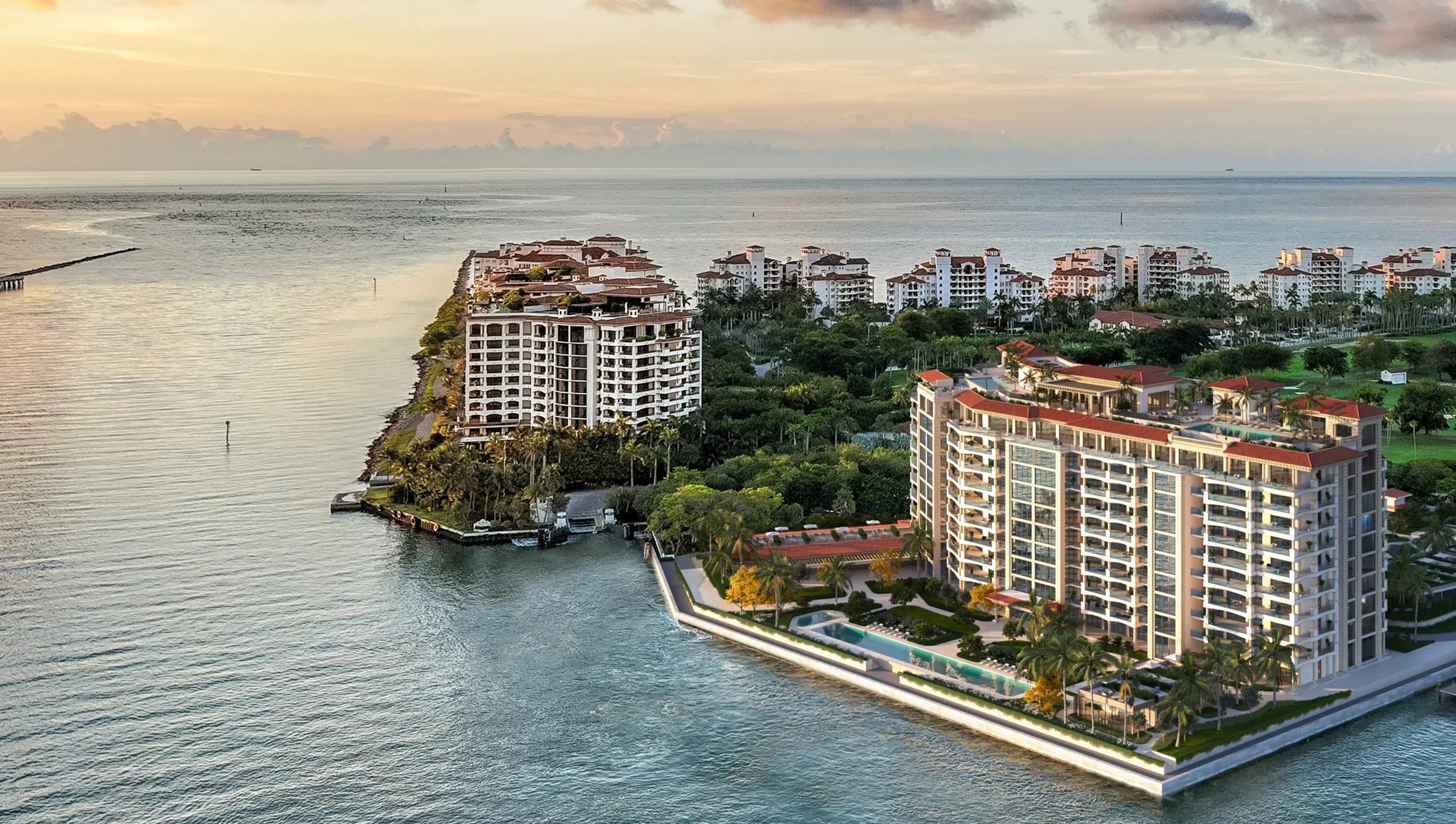 A 15,000-square-foot penthouse that will crown the forthcoming 50-residence condominium building on Miami’s exclusive Fisher Island has a mind-blowing $90 million asking price, reports the Wall Street Journal. Developed by the Related Group with architecture by Kobi Karp, the sweeping home was originally seeking $60 million; however, developers decided to raise the price by 50% after “executives there crunched the numbers…and believed that is what the penthouse is worth.”

The sweeping home will include its own roof deck with a private pool and lounge area. The development is expected to break ground in the third quarter of 2023. A $40 million condominium at Palazzo della Luna holds the current record for priciest condo sold on Fisher Island. 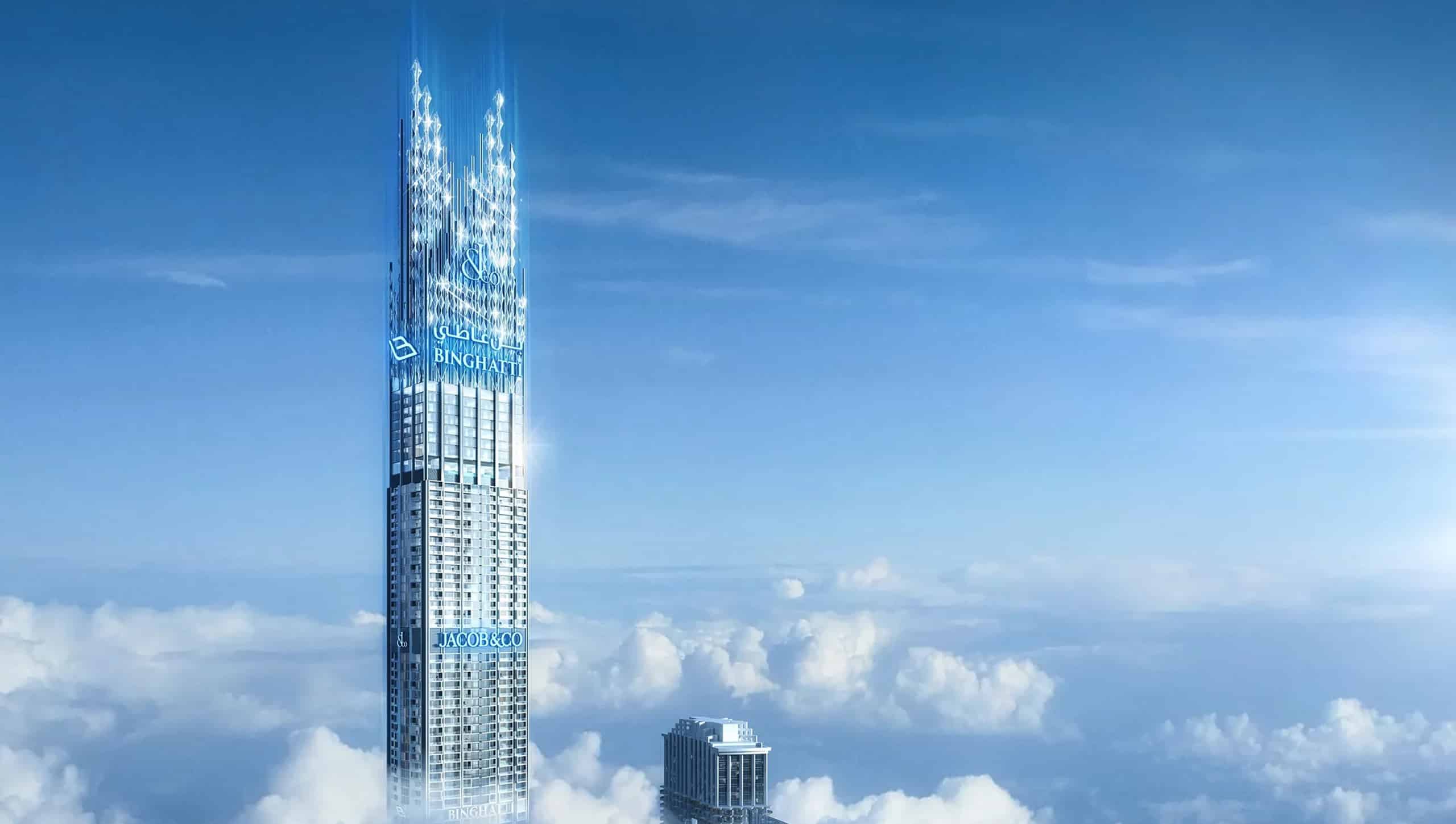 The supertall will also house an exclusive private club with a lounge and infinity pool and will provide a la carte services, including private chefs, daycare services, and bodyguards. 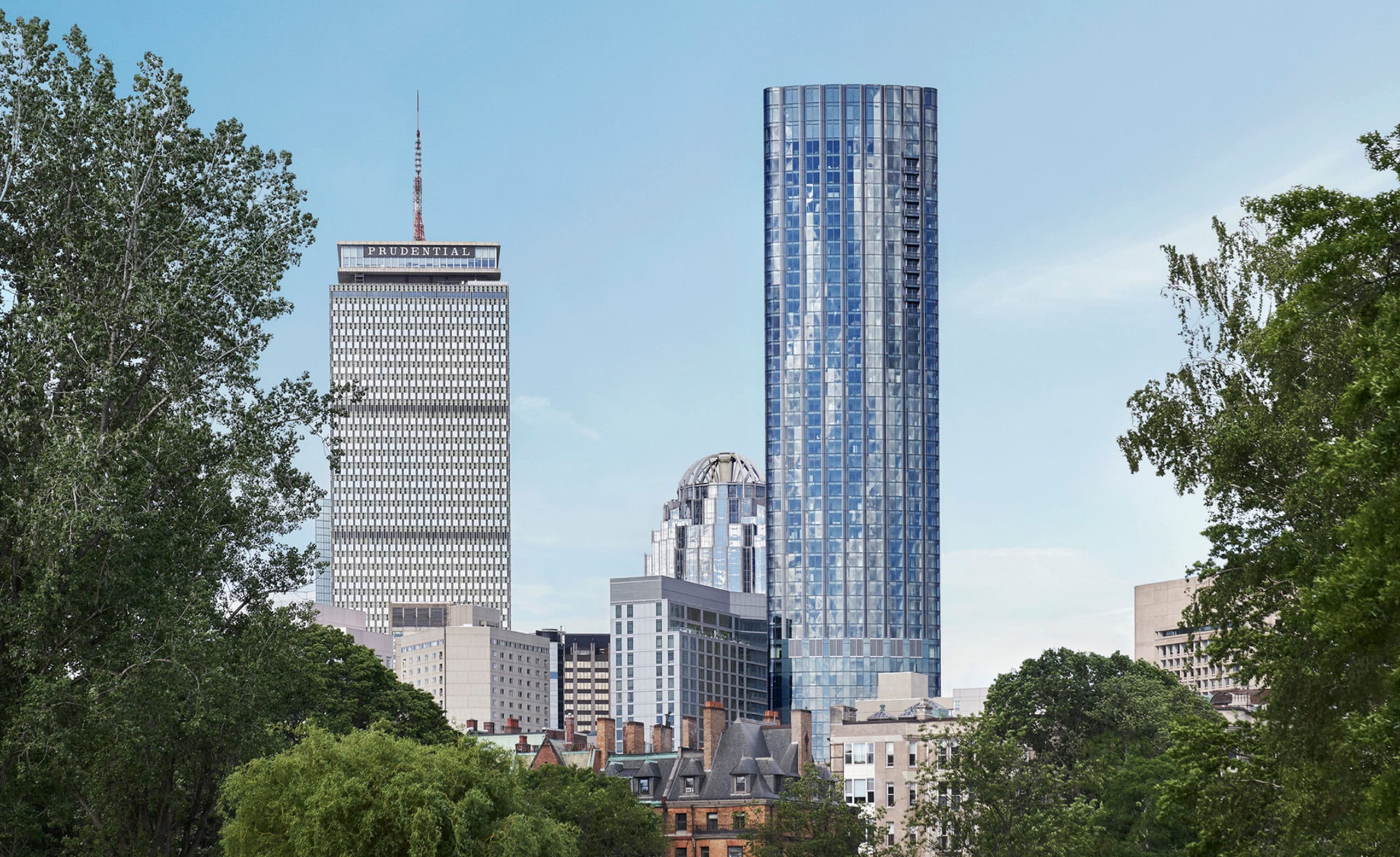 One Dalton, a 742-foot-high residential tower in Boston, has been recognized by the Council on Tall Buildings and Urban Habitat (CTBUH) as the world’s best tall building in its height category. One Dalton is the city’s tallest residential building and is home to the Four Seasons Hotel and Four Seasons Private Residences. Designed by the late Henry N. Cobb of Pei Cobb Freed & Partners and Gary Johnson of CambridgeSeven, the 61-story skyscraper is LEED Silver certified and was celebrated for its unique triangular facade that seamlessly blends into the context of its historic surroundings.

“This magnificent award is a much-appreciated confirmation by their peers of the singular beauty of One Dalton’s design,” said Richard Friedman, CEO and President of Carpenter & Company, the developer of One Dalton.

The building’s 160 ultrahigh-end residences occupy the upper floors and feature floor-to-ceiling windows, panoramic views, wide plank floors, and ceilings up to 11 feet high. Apartments come in one- to three-bedroom configurations, as well as penthouse flats and duplexes. 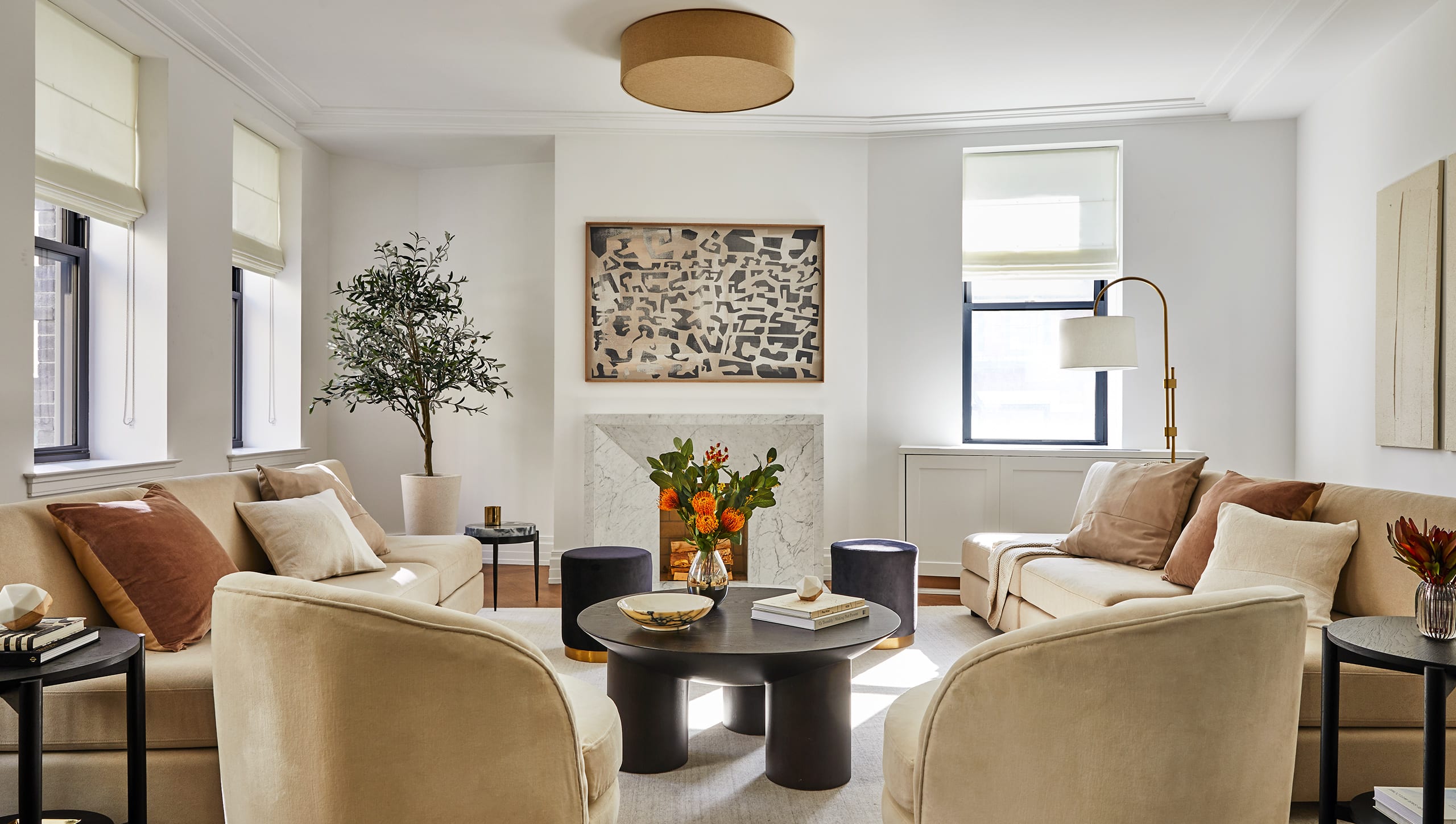 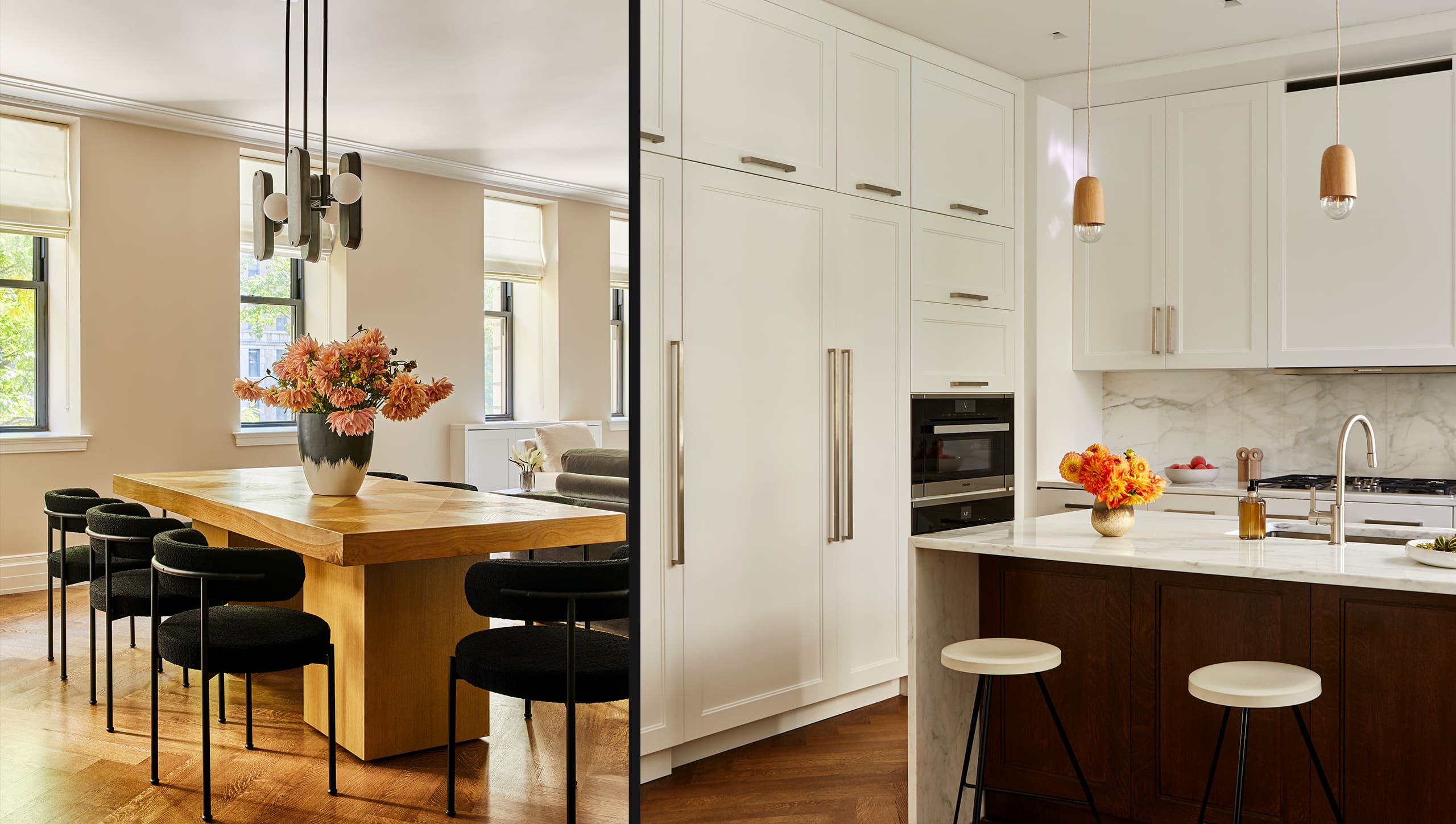 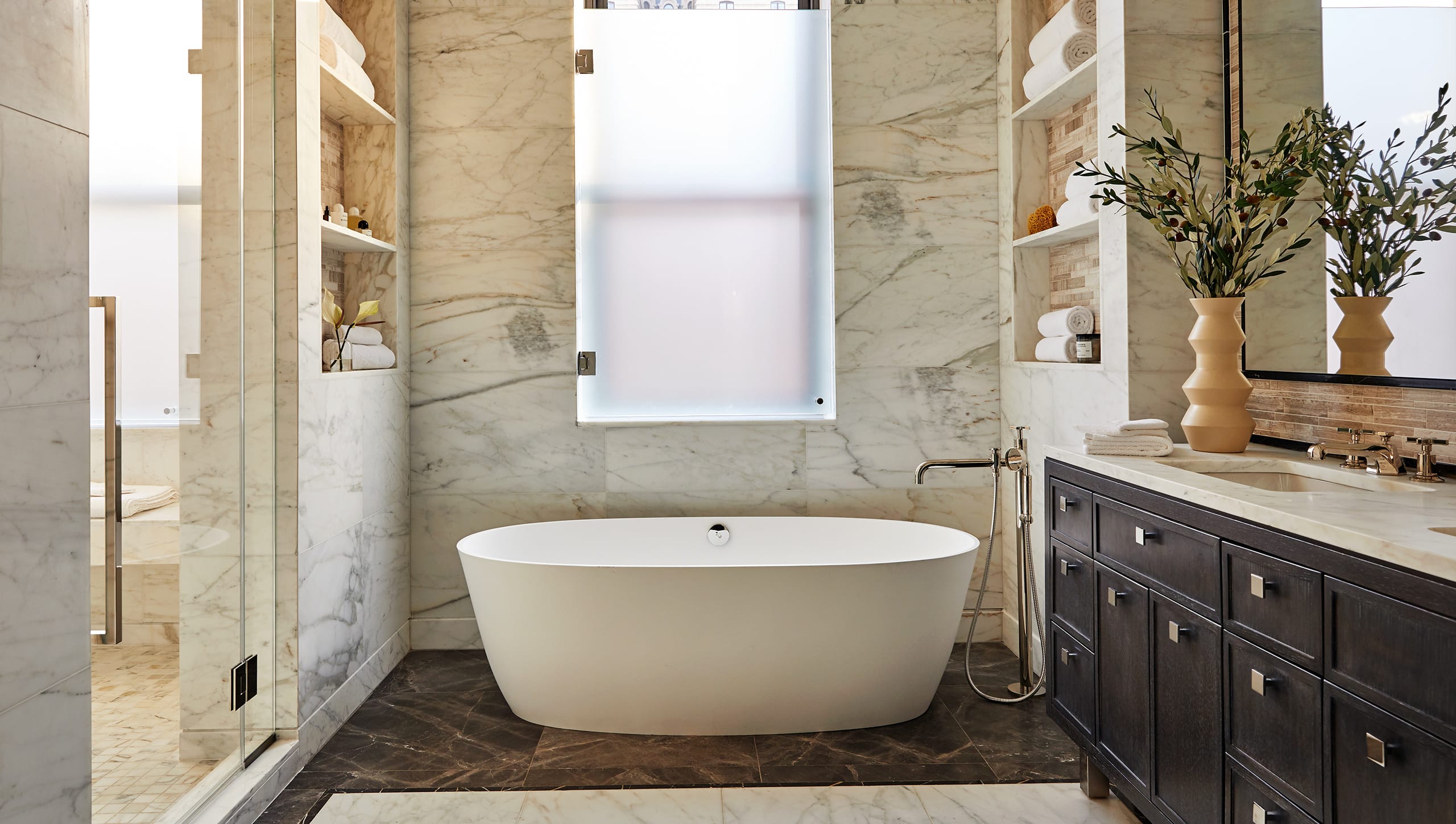 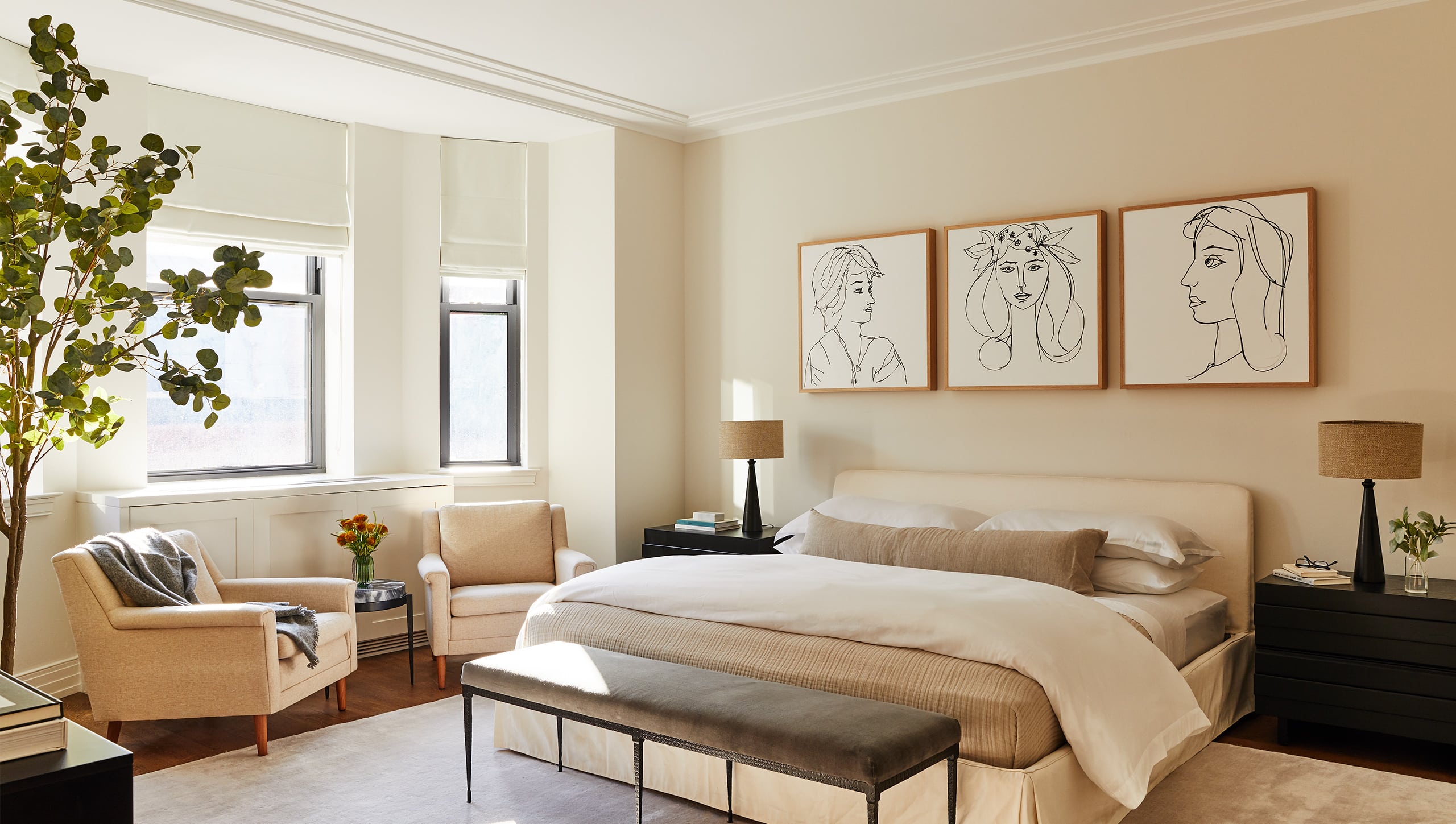 Apartments are highlighted by coveted classic details like herringbone-patterned floors, custom molding and millwork, soaring ceilings, and wood-burning fireplaces in select homes. Those designed by ASH pair warm woods, soft textures, neutral furniture, and pops of earth-toned colors with other features like large bay windows, open kitchens with integrated appliances, and views of the neighborhood.

One- to five-bedroom residences are currently available, with prices between $1.75 million and $7.315 million. 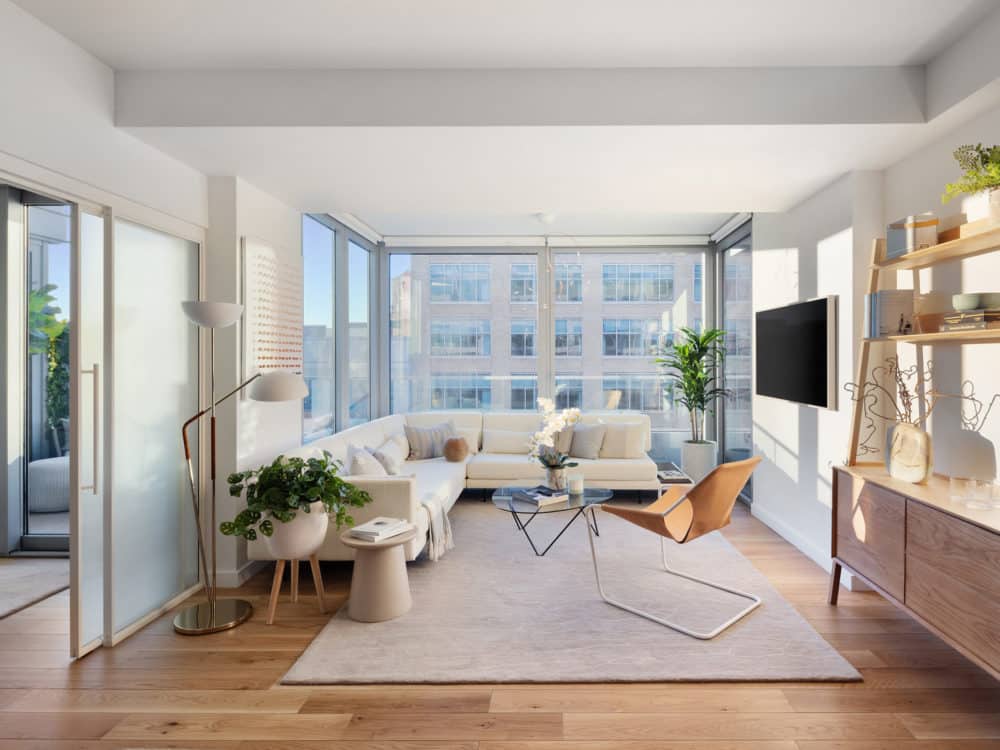 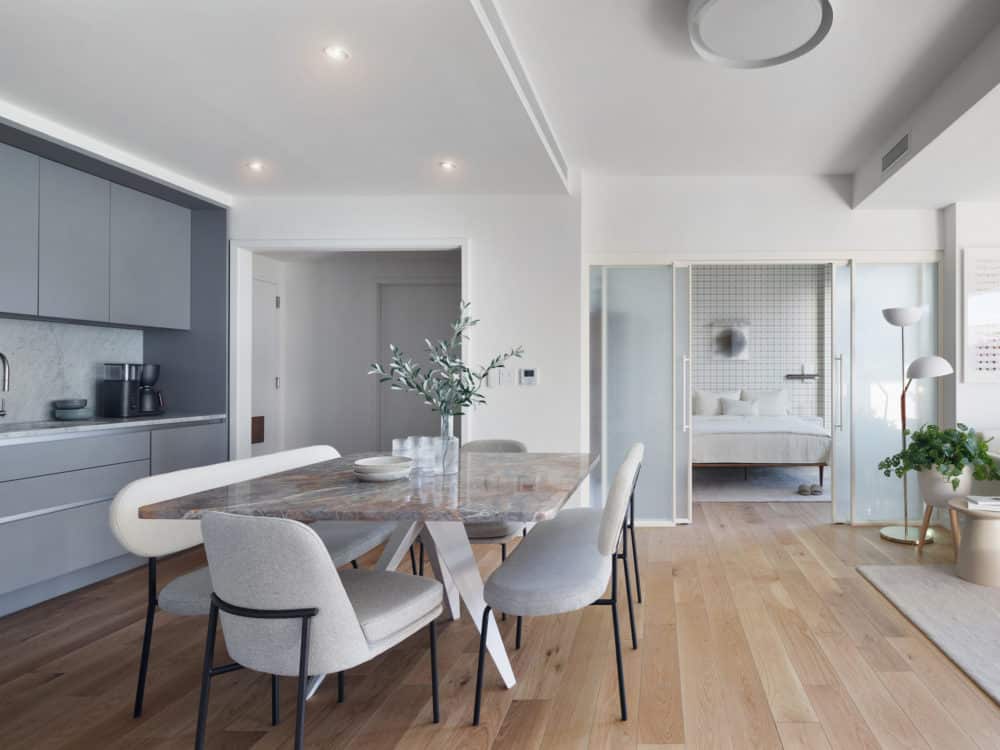 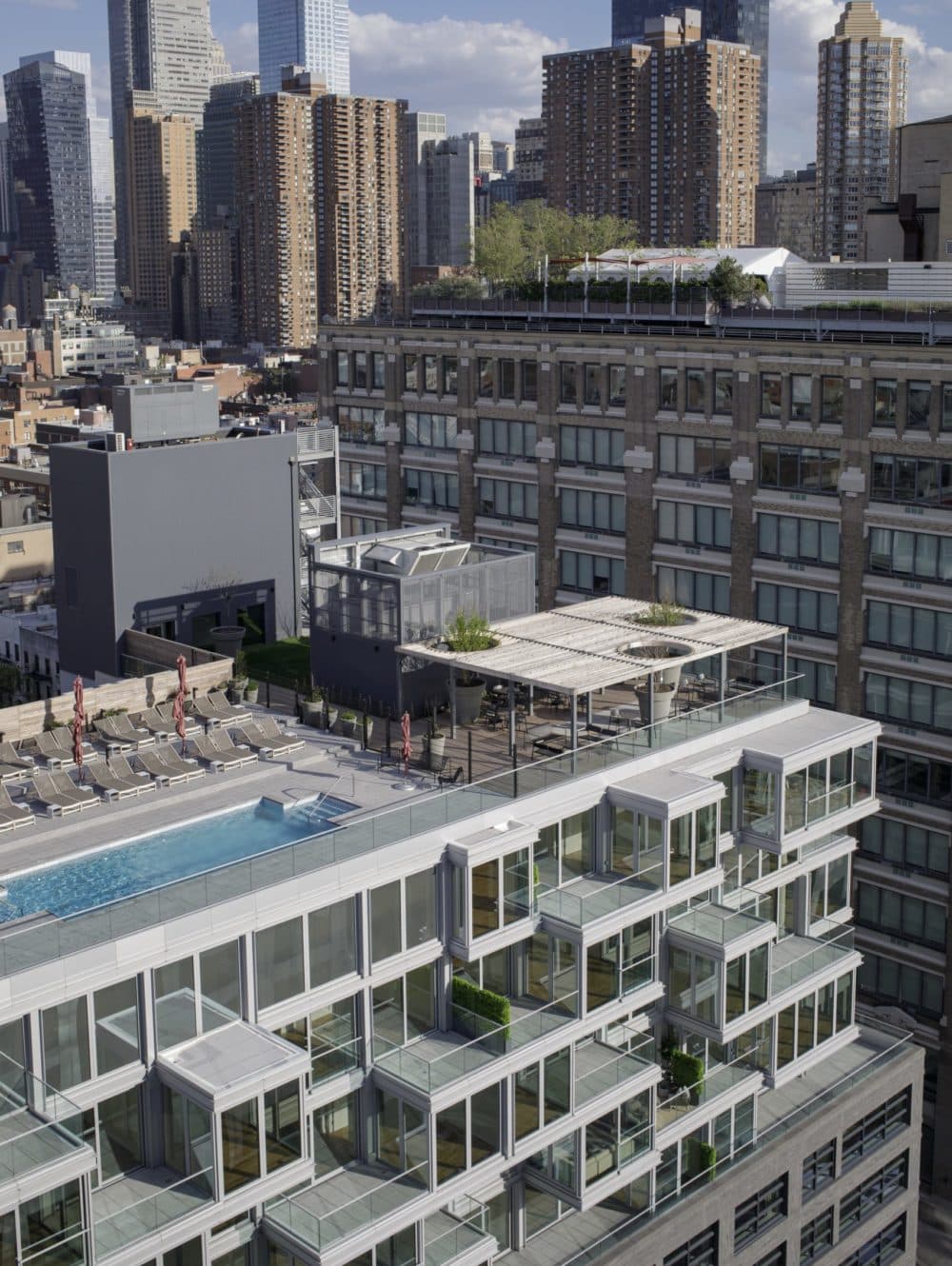 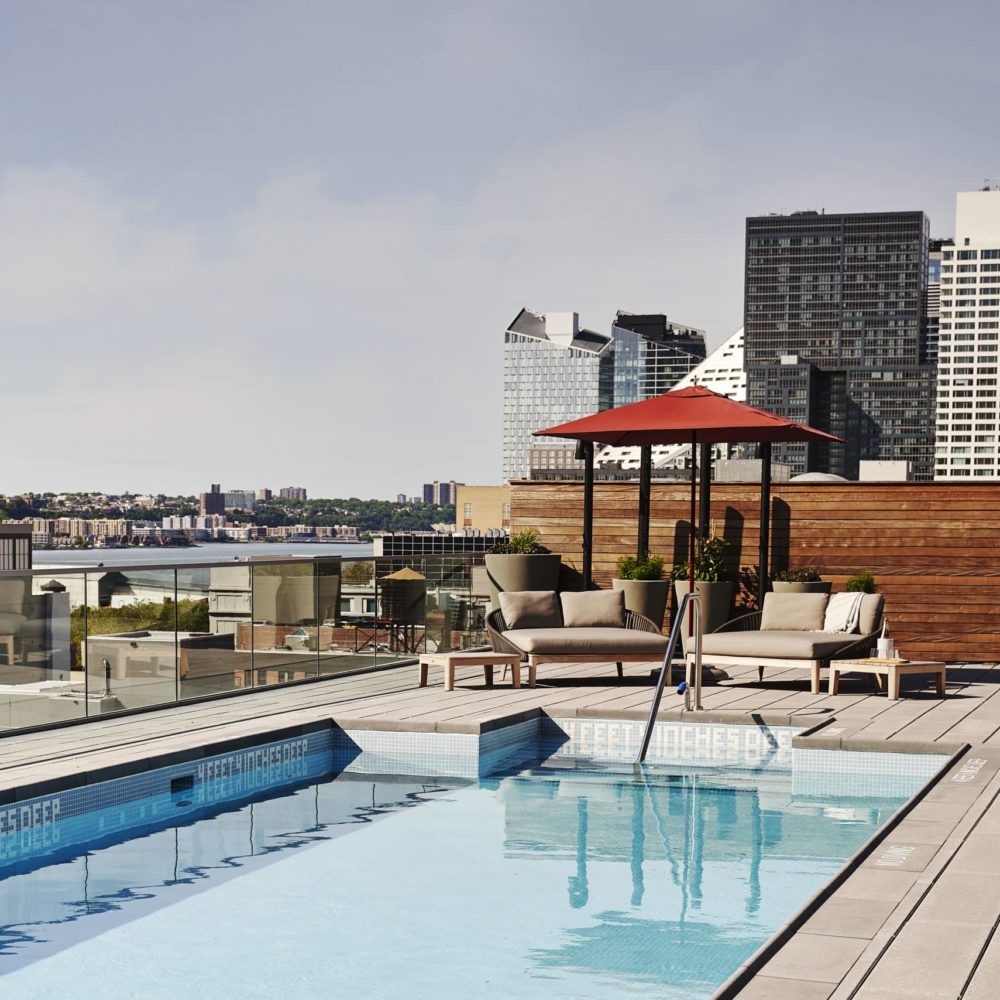 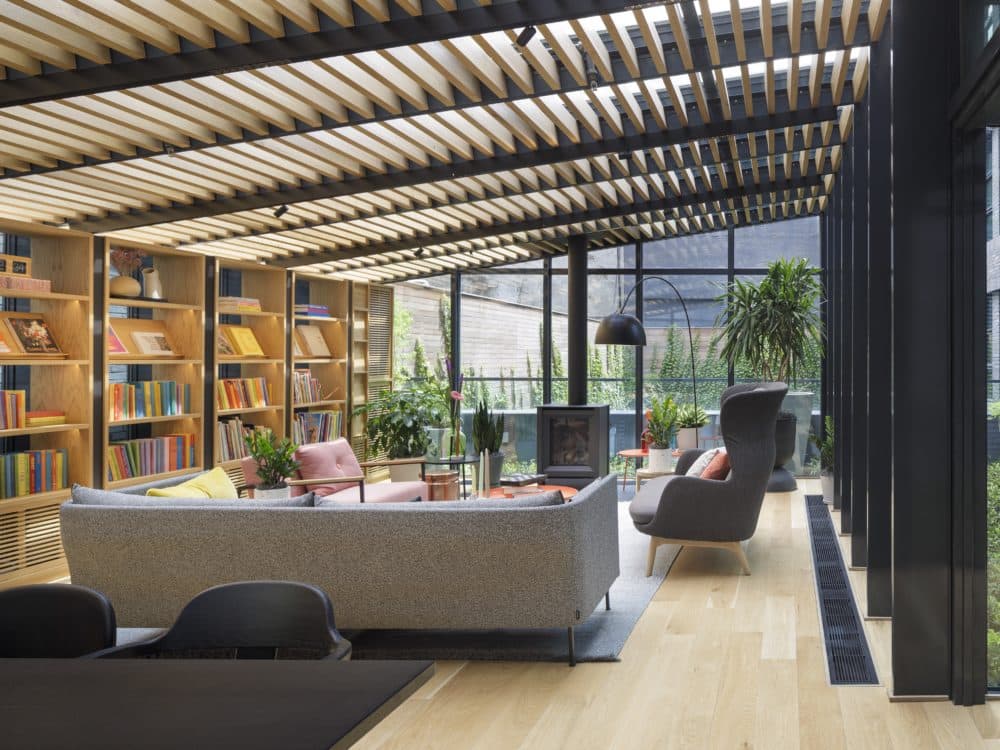 547 West 47th Street also celebrated the official opening of The West Residence Club’s 30,000 square feet of indoor and outdoor amenity space spread over multiple floors, encompassing a rooftop pool, a sundeck, a lounge, a rooftop dog run and pet spa managed by Throw Me A Bone, an indoor/outdoor fitness center designed by The Wright Fit, rentable hotel suites for guests, a private dining room and catering kitchen, and a glasshouse library lounge with a fireplace.