Welcome to …In the Details, a column where we explore the custom touches that make the world’s most exclusive condominiums utterly unique.

How might the city become an instrument of sustainability rather than a threat to it? Anbau, COOKFOX Architects, and Future Green Studio are working at the forefront of the new biophilic city, and they are answering this question with Flatiron House, where the home garden has been integrated into the architecture and raised into the sky. 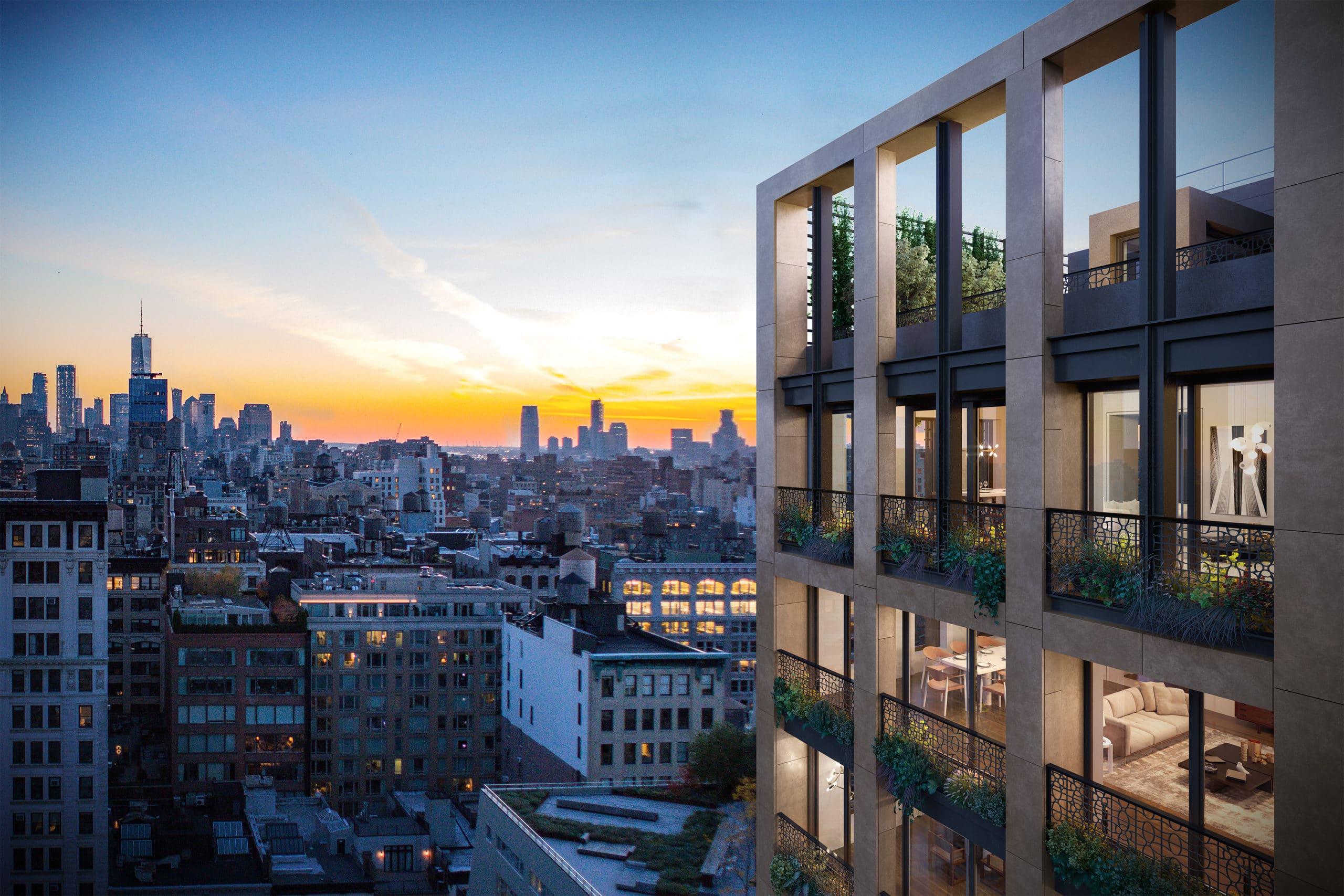 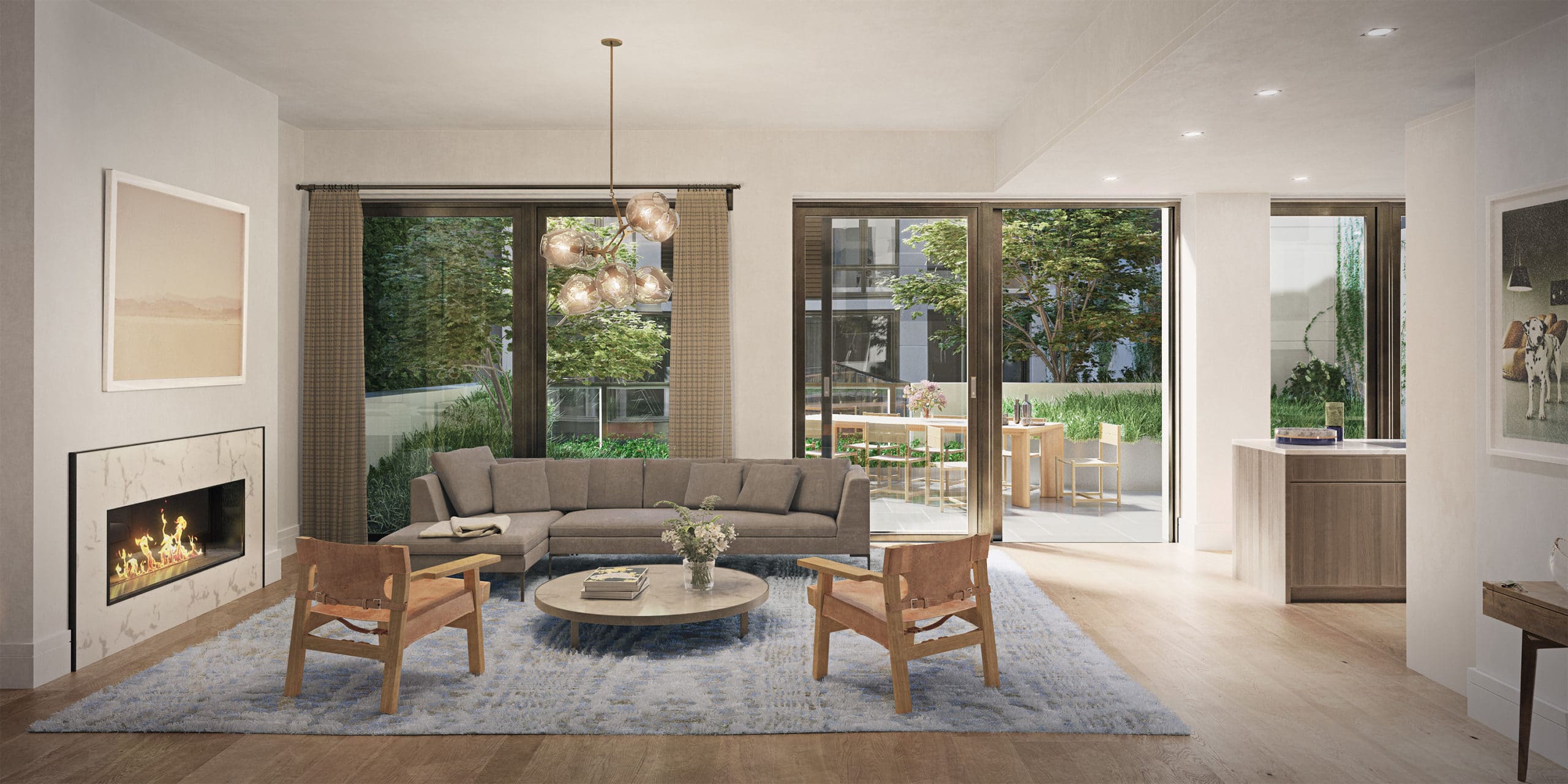 At Flatiron House, each residence comes with its own garden planted on a Juliet balcony. In a soil patch nestled against the edge of floor-to-ceiling, sliding windows and pouring through the balcony’s lace-like latticework, a collection of mostly native plants grows for the benefit of the owner and the ecology of the city. While residents will live side by side with balcony gardens featuring herbs and other edible plants like thyme, blueberries, sage, and lavender, the stream of people on West 23rd Street will be treated to the visual feast of a vertical garden with plants whose reaching tendrils become a central part of the facade.

The COOKFOX Architects team was inspired by Mediterranean cultures where indoor/outdoor living is a way of life and designed a lattice with holes just the right size to encourage the plants to grow through them. To make this possible as a holistic architectural/ecological system rather than a haphazard array of private plantings, the entire building was outfitted with a timed irrigation system developed by Future Green Studio, who also designed the beds for the plantings and the palette of plants that will live in them. 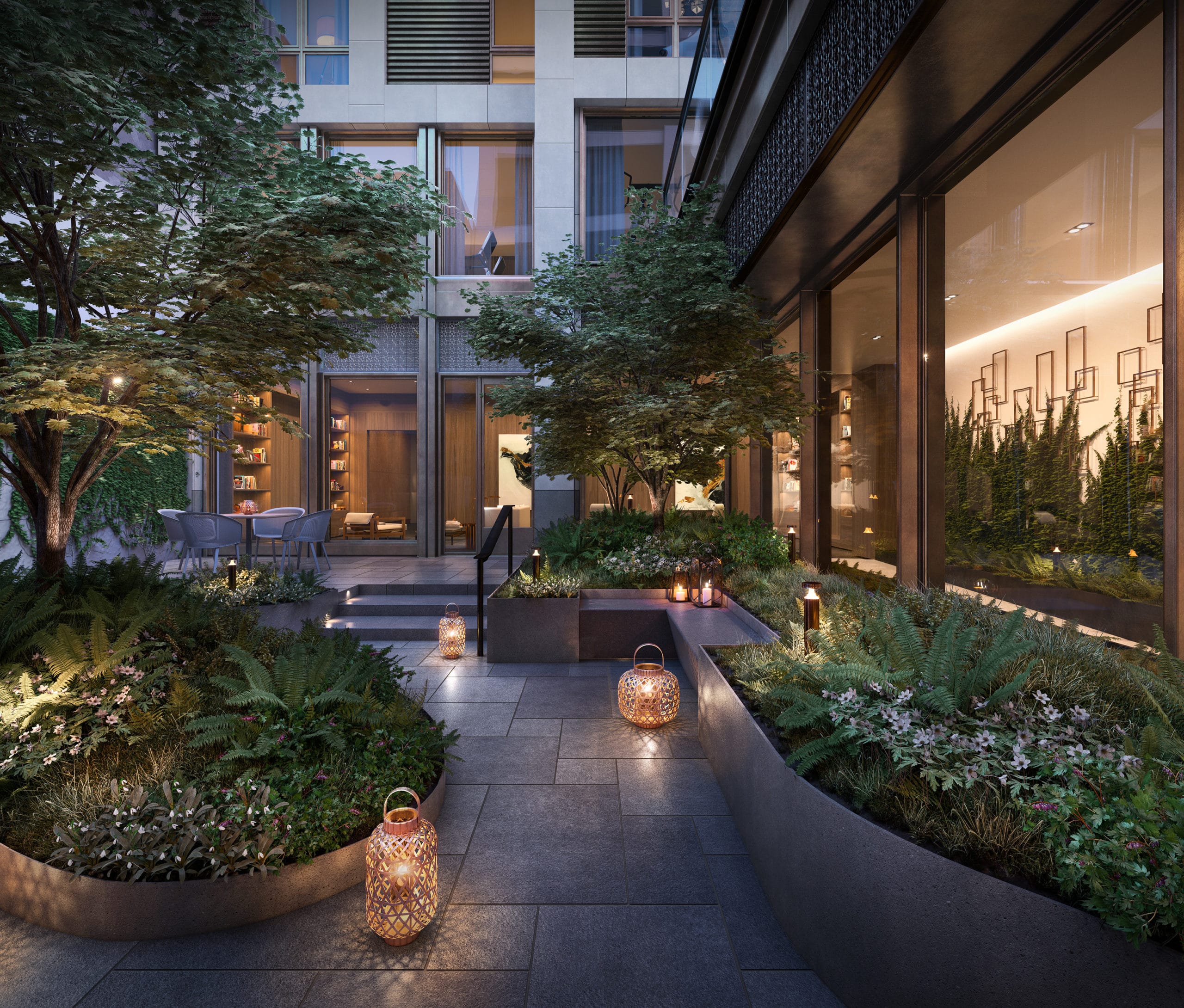 Sophie Muschel-Horton, associate designer at Future Green Studio, said one of the biggest challenges in designing the irrigation system was figuring out how to get the water pressure to a level that could climb 220 feet to the top of the building. “Then we are looking at 1,100 linear feet of planters themselves. It’s a huge amount of planting area,” Muschel-Horton told LX Collection.

Other challenges included working out how to make the system work seamlessly on every floor and selecting plants that both evoke the Mediterranean feeling and thrive in New York City’s much colder, wetter climate.

One design solution was to place a mat at the bottom of the planters. As Muschel-Horton explained, the irrigation system works from underneath the planter, where a capillary mat soaks up the water. Plants are able to expand and grow into this mat, very much as they do in the soil in nature. “This allows the plants to knit themselves together,” she said, “so that even if there’s a dry period, this will keep the plants moist, and, at the same time, the plants are not sitting in standing water.”

Another creative solution was to place valves at the end of each row of residences on every floor to mediate the water flow according to the weather data collected by the system’s built-in sensors. And while the idea is for the plantings to be more or less self-sufficient, there is an element of intimacy between resident and planting that is at the heart of its design. “It was important for the architects that residents feel a sense of ownership and stewardship of the plantings. It was a no-brainer to integrate plants that were edible and herbal that people could actually use and that would inspire residents to have a stake in it,” Muschel-Horton said.

Part of what is so revolutionary about Flatiron House’s design is that it creates a new mode of living in New York that links the everyday with nature. It connects, even on a small scale, city dwellers to the way that humans have cultivated and lived from the land for thousands of years—but this time, 23 floors into the sky. 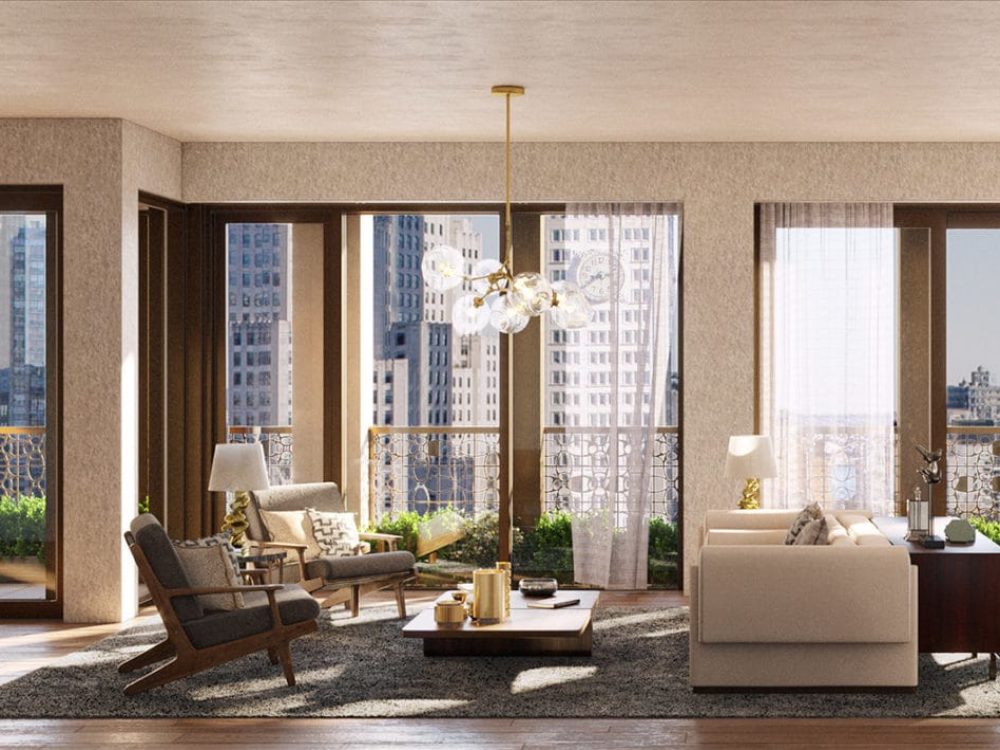 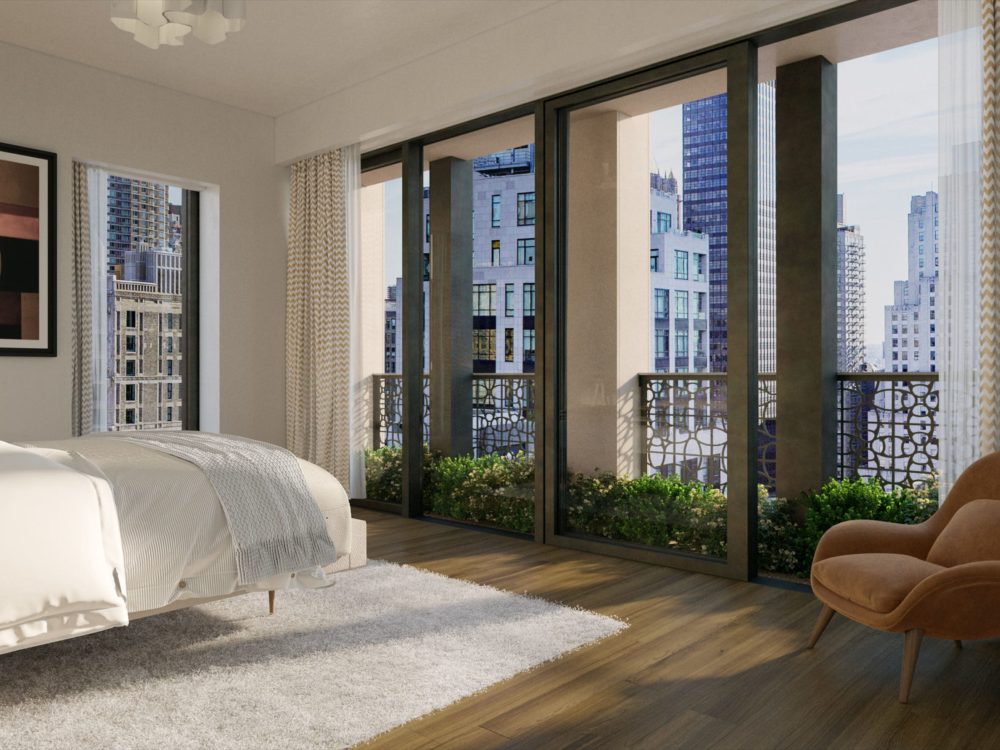 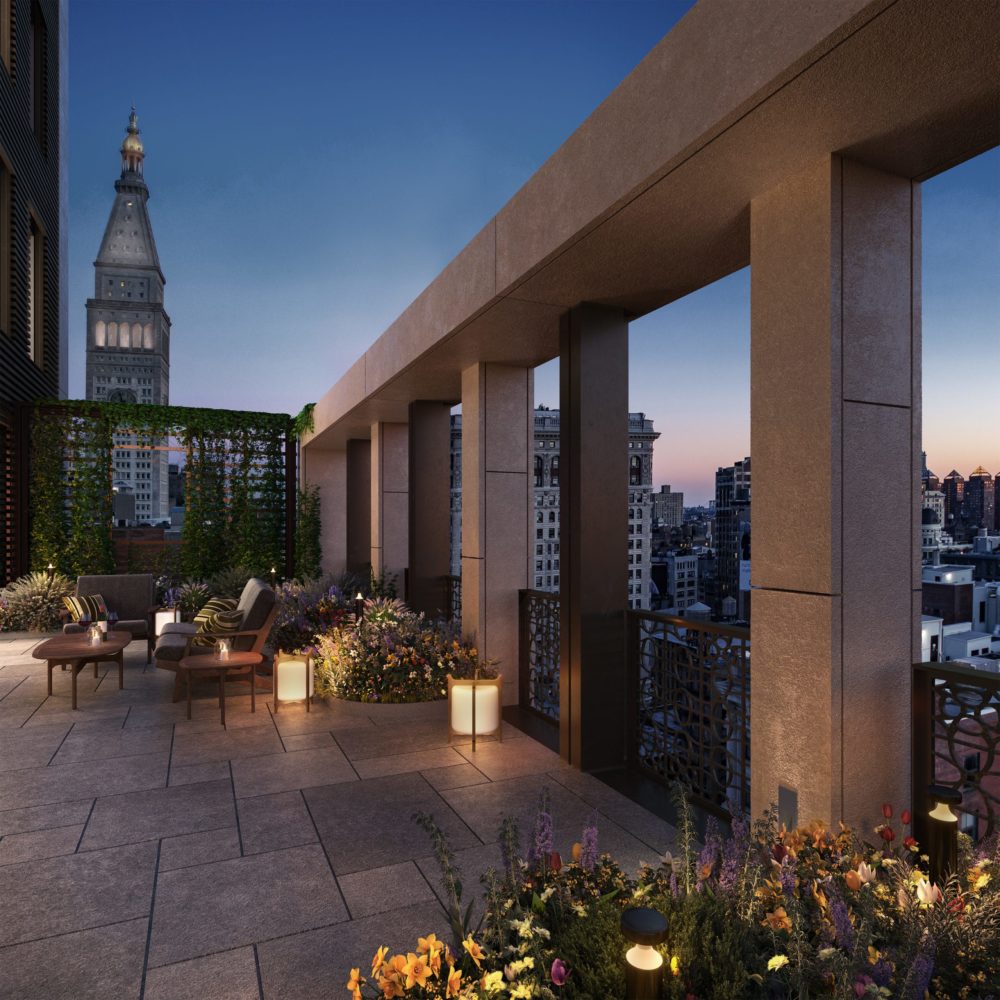 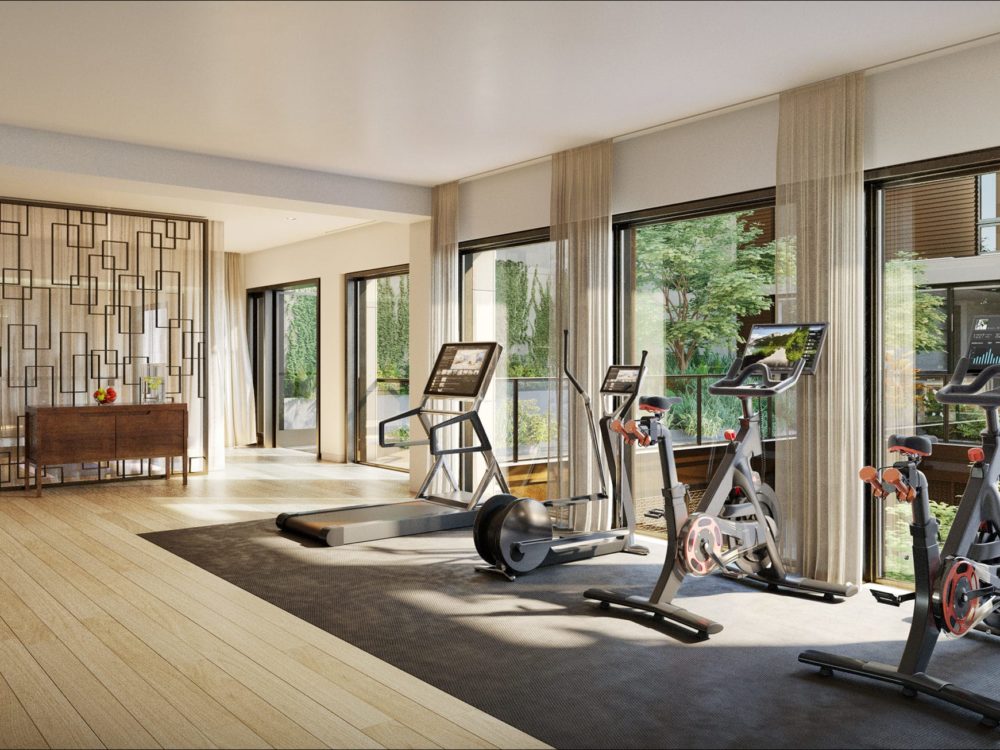 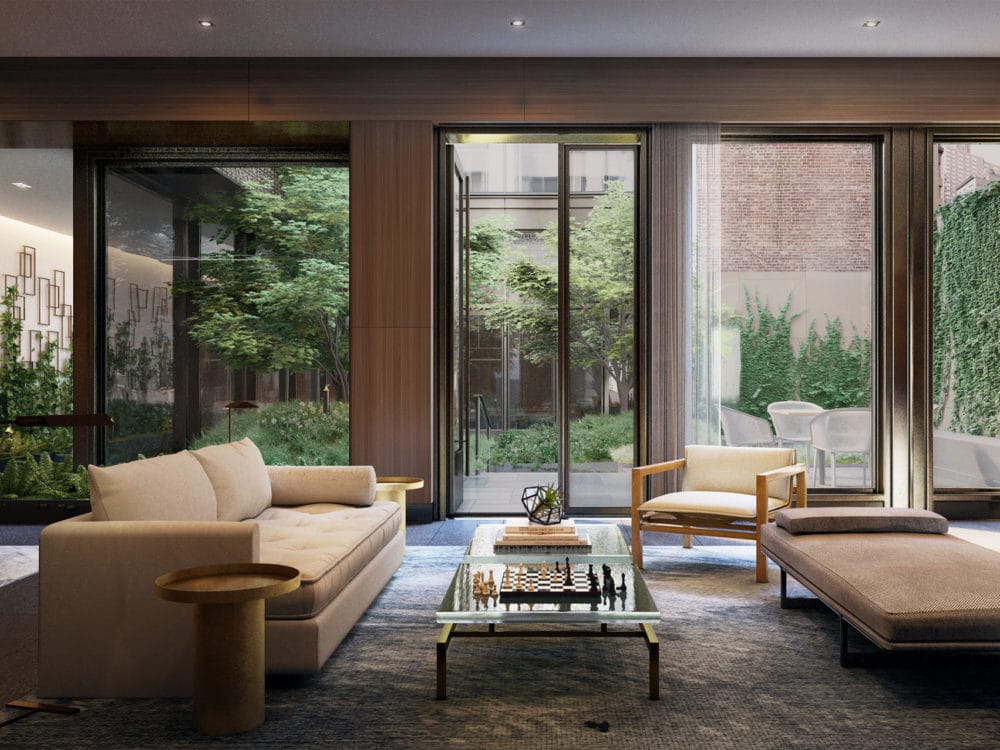 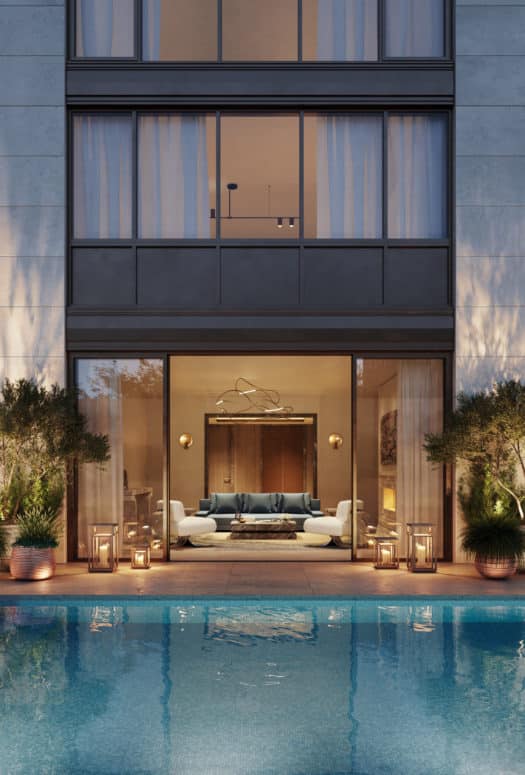 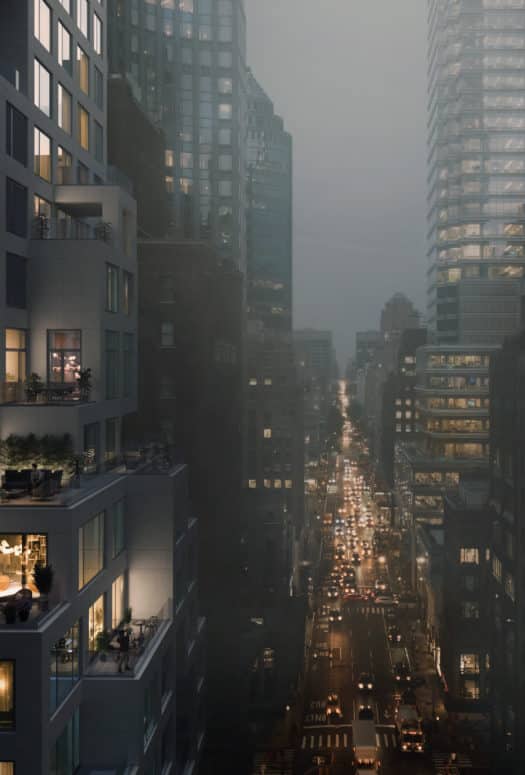 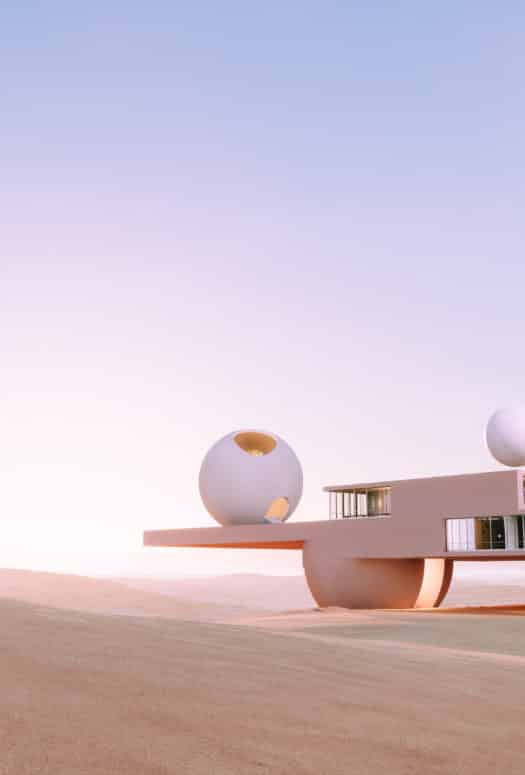 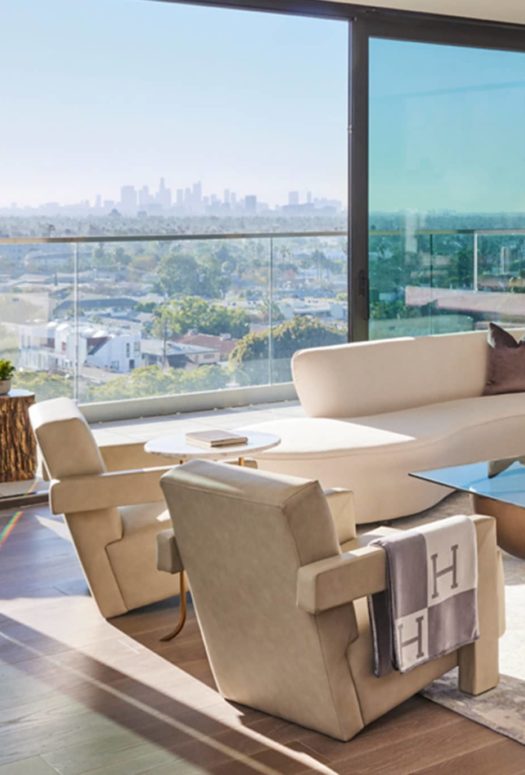