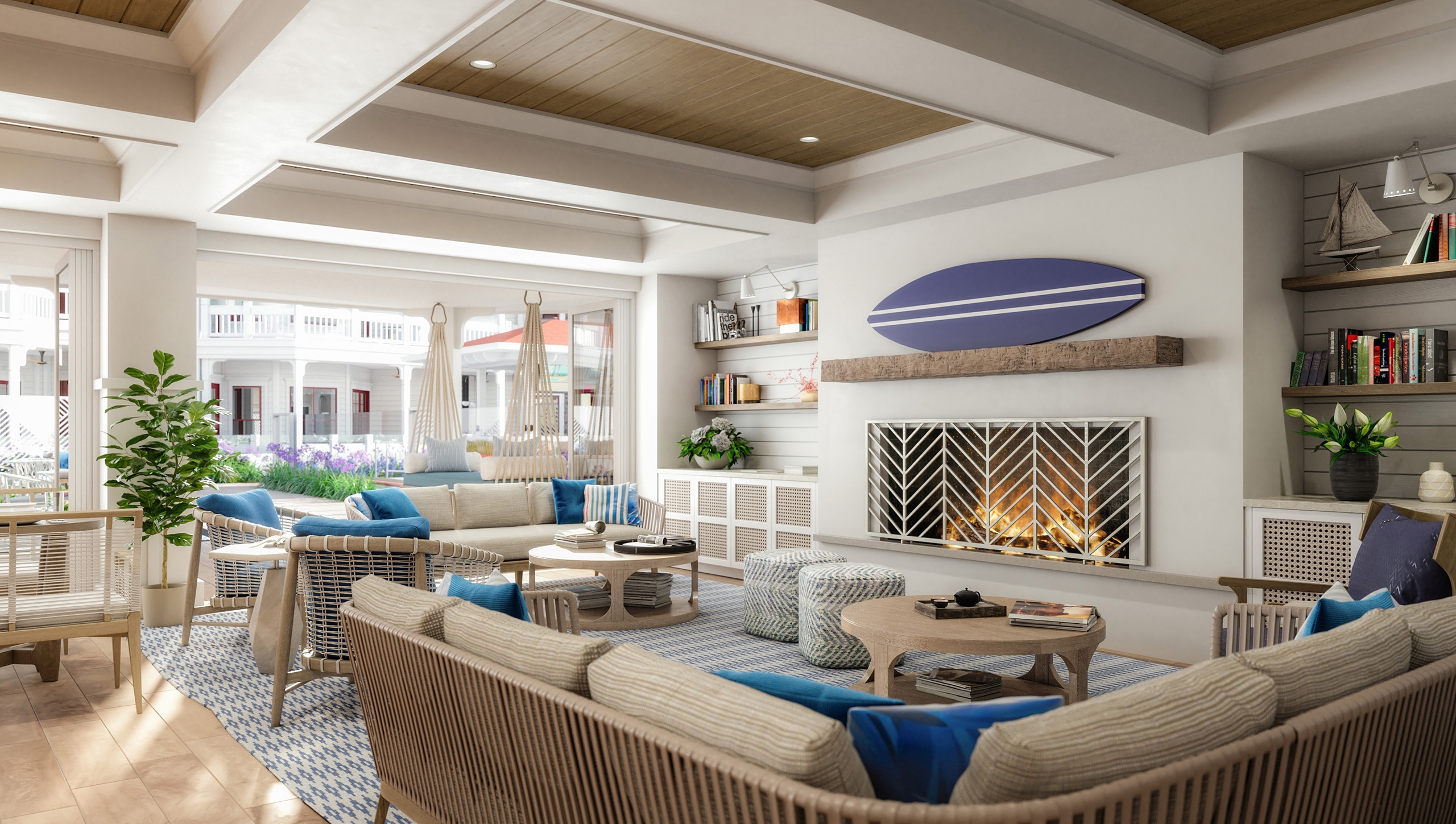 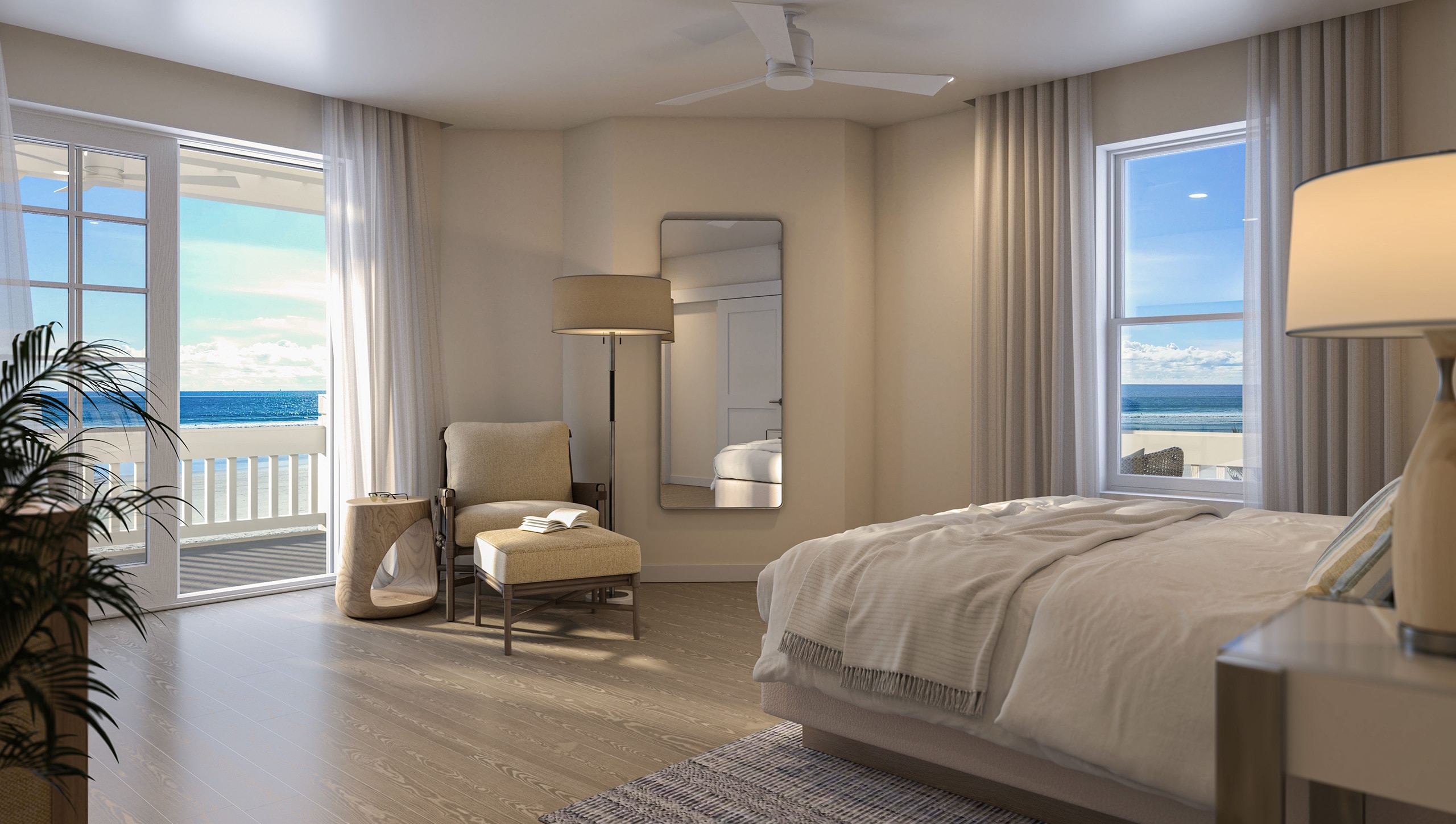 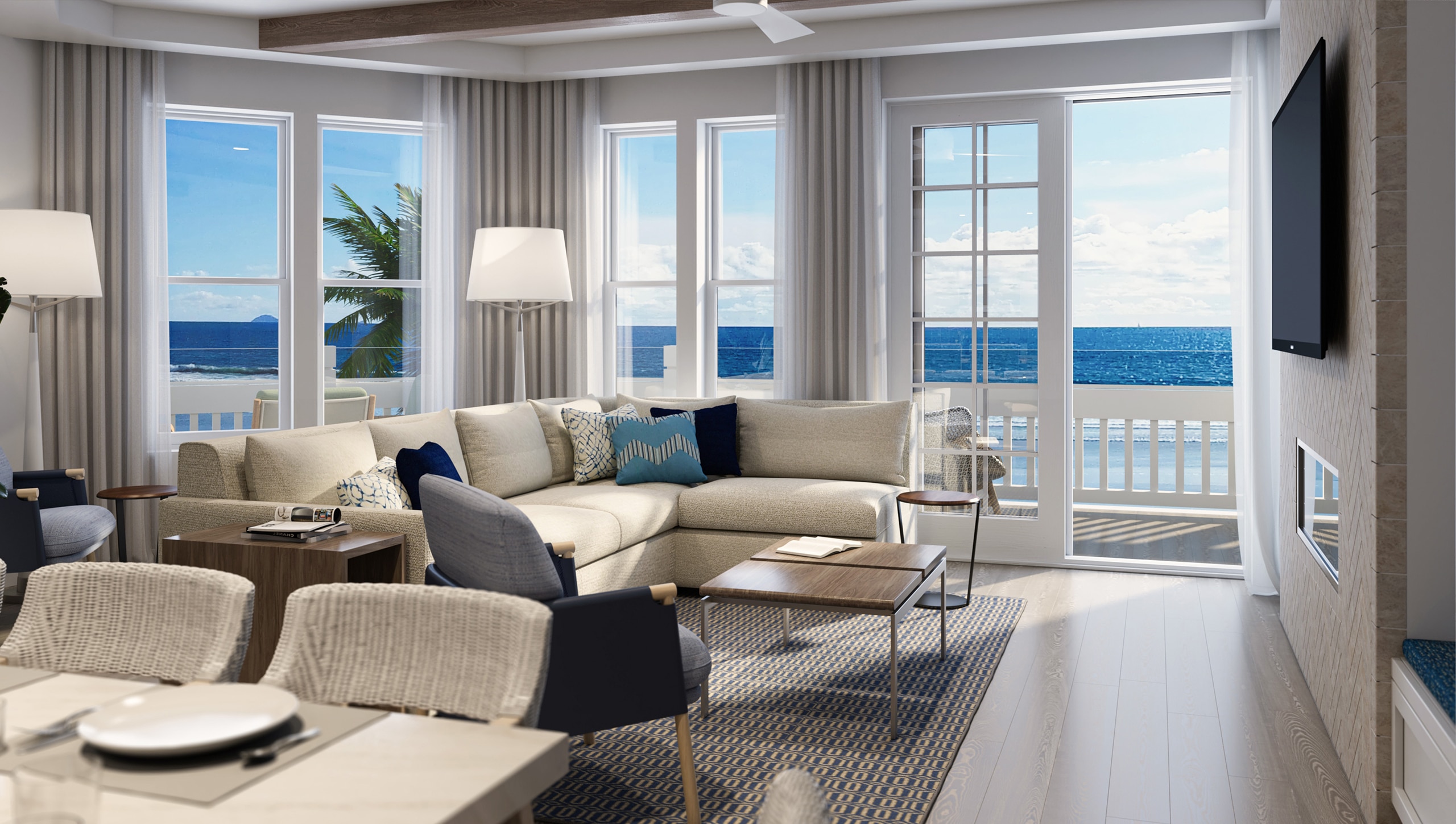 San Diego’s Coronado Island has been a hot spot for vacationers since its iconic namesake hotel opened in 1888. Staying hip to the times, The Del, as the hotel is also known, is now extending its hospitality brand into resort-style residences at the southernmost point of the Hotel del Coronado site. The New York Post has learned that the 75 residences of The Del’s Shore House, which hit the market just weeks ago, are already all pending contracts leading up to their 2022 debut. The one- to three-bedroom residences range in size from 833 square feet to 1,925 square feet and are priced from $1.3 million to $5.2 million. The resort residential condominiums are offered on a limited-term occupancy model.

Shore House amenities include a pool and cabanas overlooking the ocean, a poolside bar, and complimentary valet and self-parking. The condominiums’ proximity to the legendary Hotel del Coronado is another major draw. The Victorian-era resort is where Marilyn Monroe filmed Some Like It Hot, and it has played host to many celebrities and U.S. presidents over its 133 years. 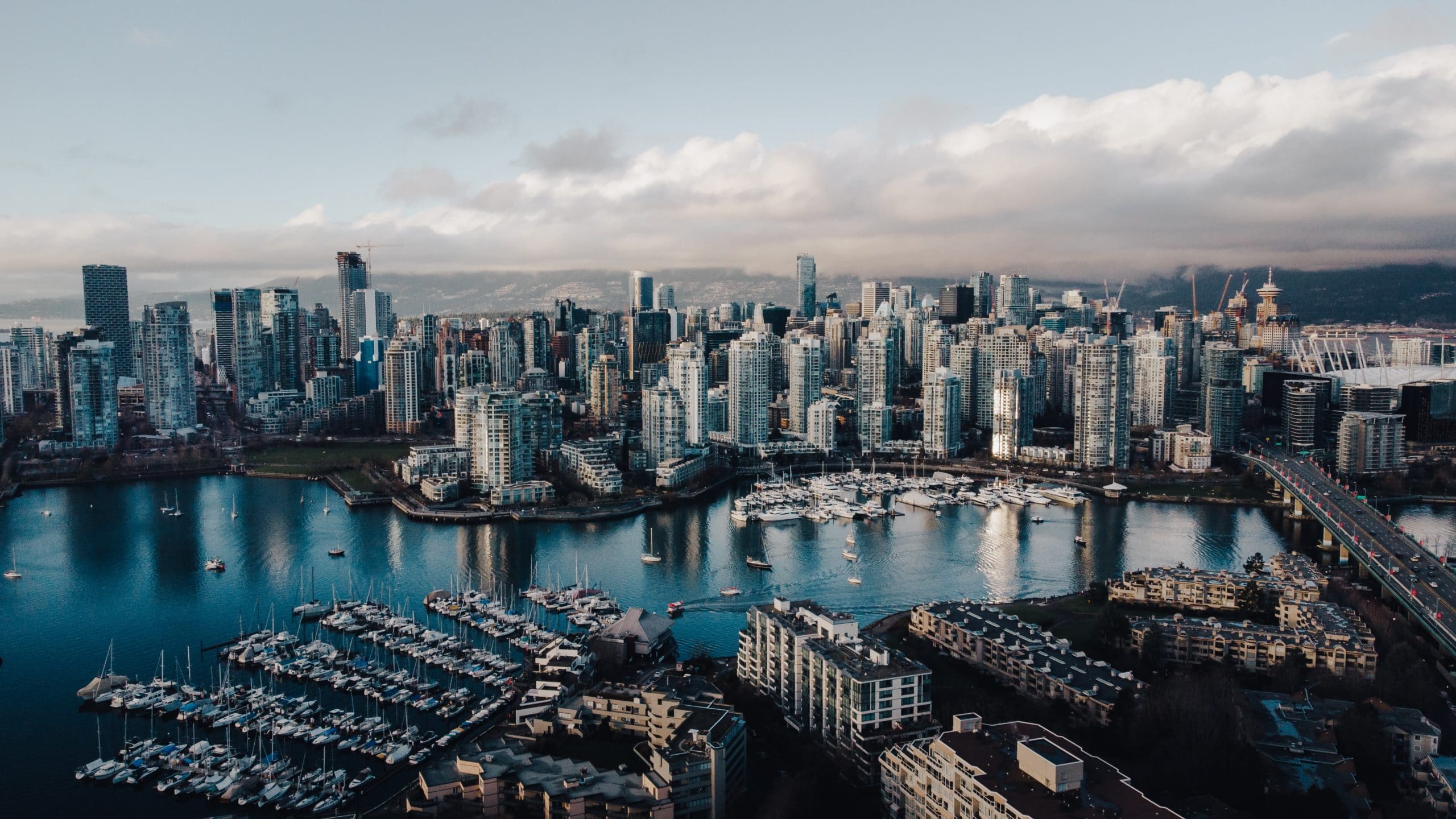 In Canada, Luxury and Ultraluxury Real Estate Is a Hot Commodity

As housing inventory remains tight across Canada, and restrictions begin to ease up allowing for more international travel, the Canadian housing market has seen a boom in its luxury and ultraluxury sectors. “We have lots of companies who are setting up shop. Technology corridors are setting up and attracting new business. It’s a very positive outlook for the market up here, and that translates to the luxury and ultraluxury segments,” president and CEO of Sotheby’s International Realty Canada Don Kottick told Mansion Global.

According to Kottick, the pandemic has shifted work-life balance, which he foresees will lead buyers to search for second or third properties or pied-à-terres out of the city. The pandemic has also affected expectations, Kottick said, with luxury and ultraluxury buyers accepting that they might have to undertake a renovation to cope with the housing shortage. “I don’t think life will return to how it was before Covid because psychologically, there’s a shift in priorities that’s going to last,” Kottick said. 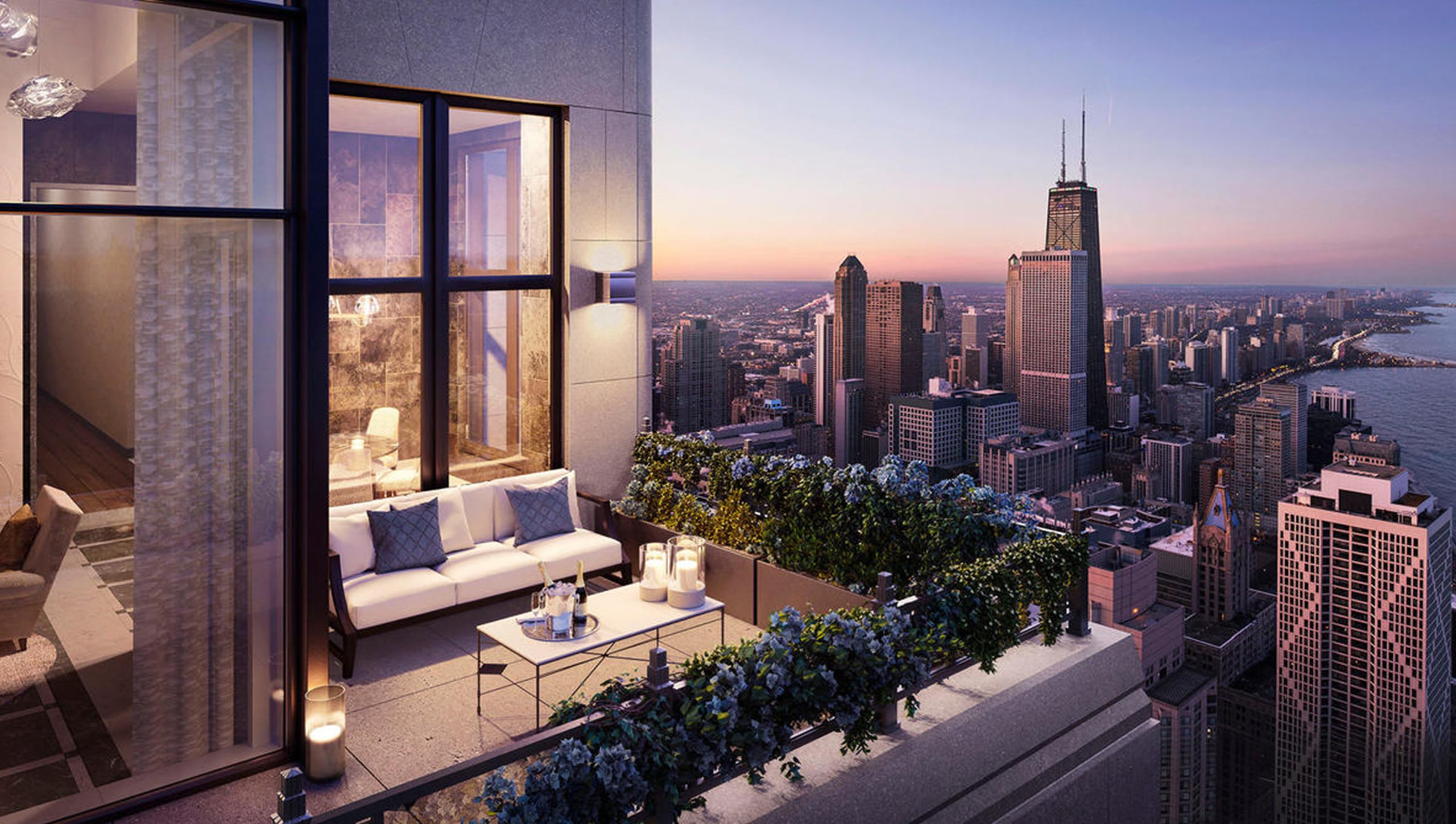 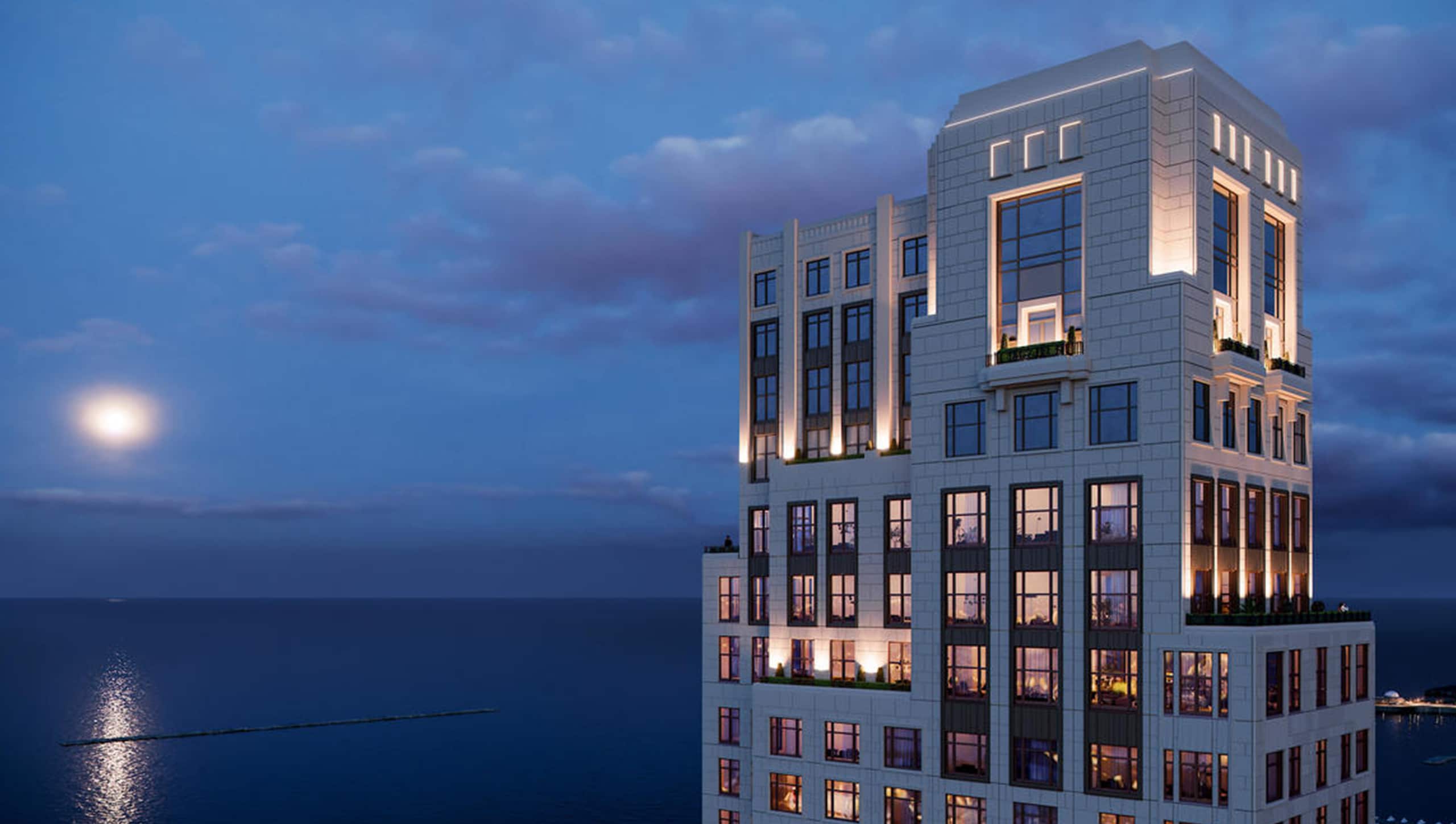 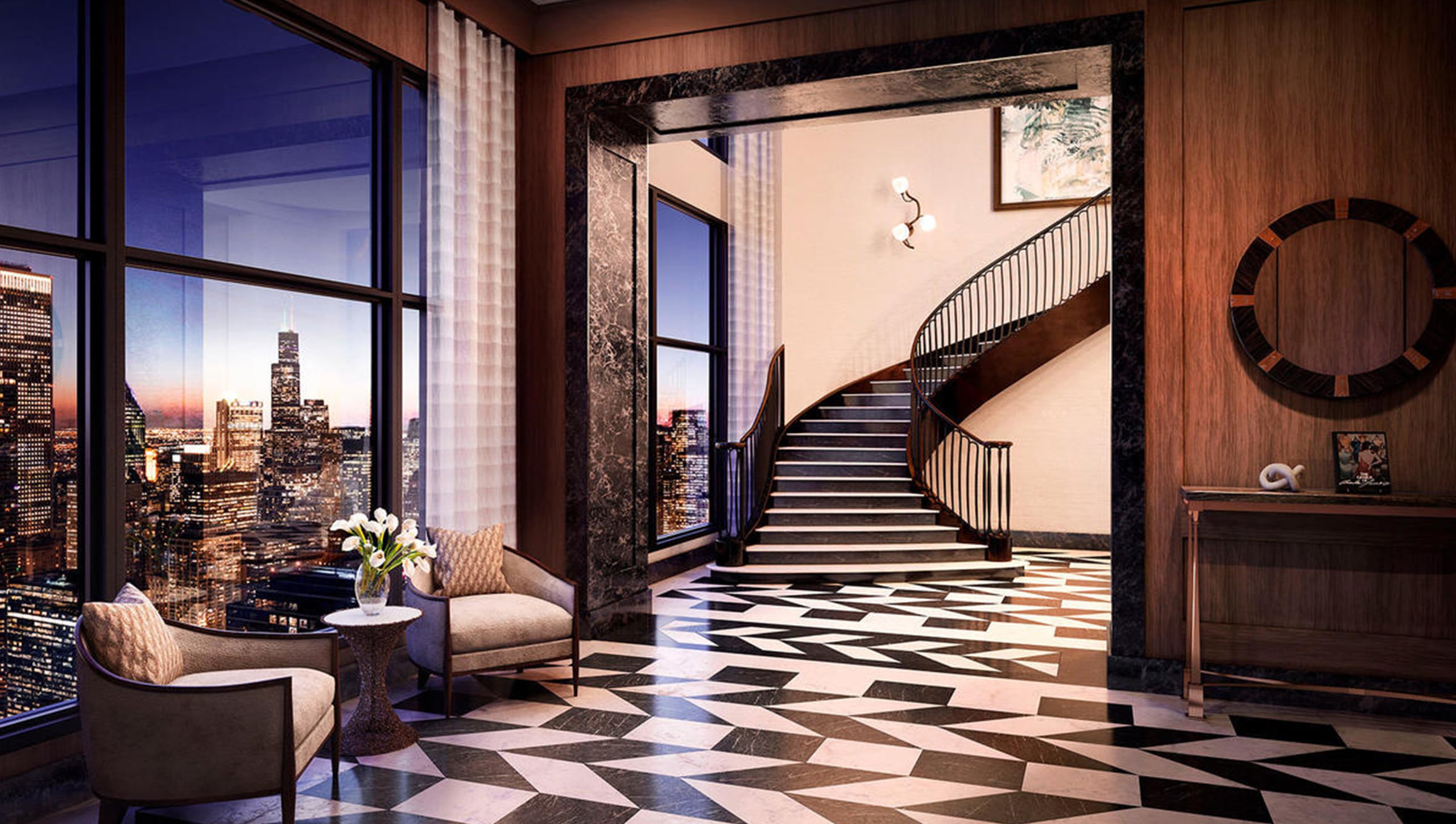 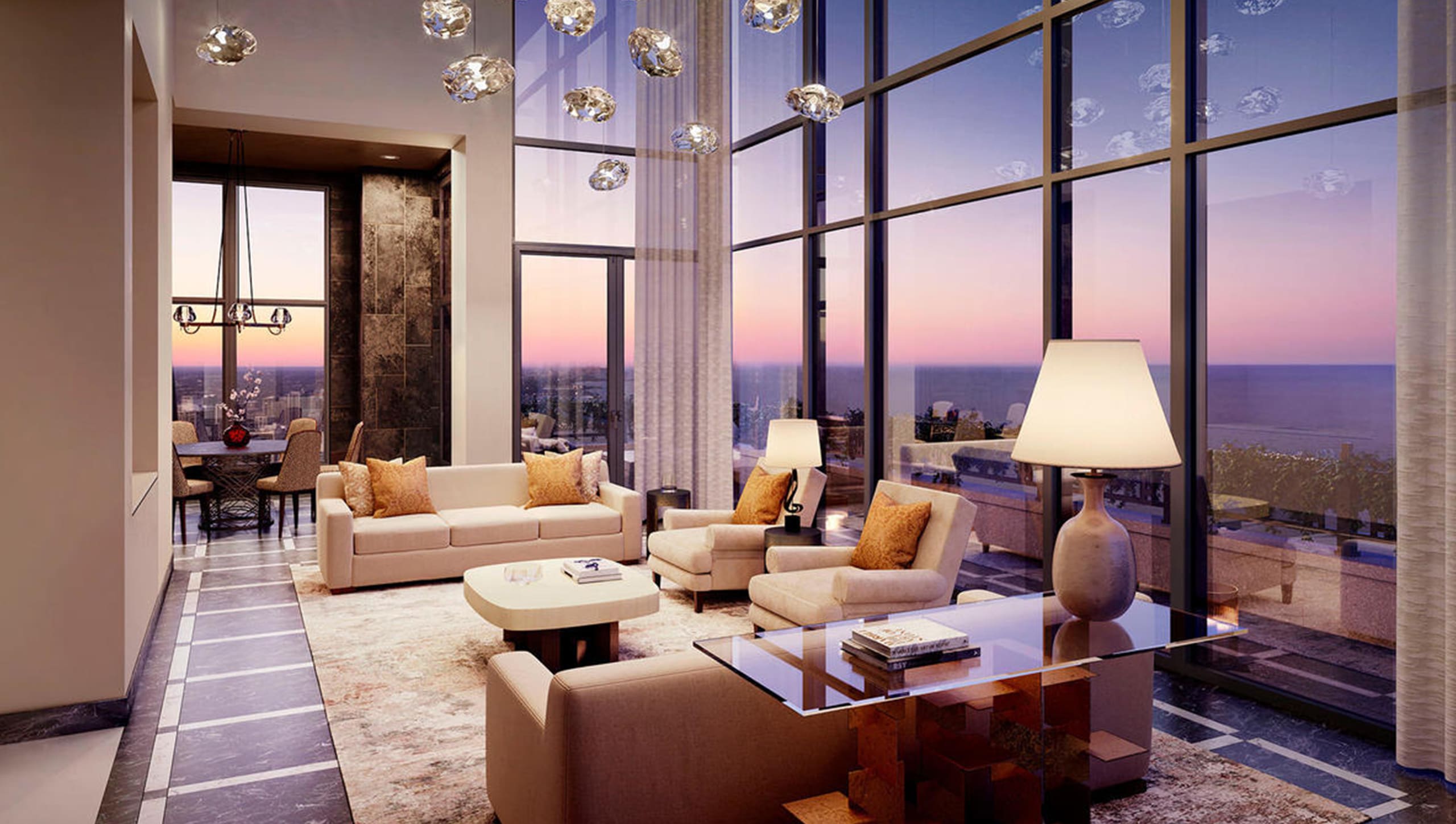 Robert A.M. Stern’s first Chicago residential building is offering a “white box” penthouse for $15.17 million that can be designed to the buyer’s specifications. Perched on the 65th floor of One Bennett Park in Chicago’s Streeterville neighborhood, the 7,582-square-foot residence features direct elevator access, ceilings over 12 feet in height, and floor-to-ceiling windows overlooking Chicago’s skyline and Lake Michigan, Mansion Global reports. The residence also features a 65-foot-long, 14-foot-deep terrace that connects to the home’s living room, dining room, and family room. The residence can be combined with the penthouse directly above it to nearly double the home’s square footage at a total cost of just over $25 million. 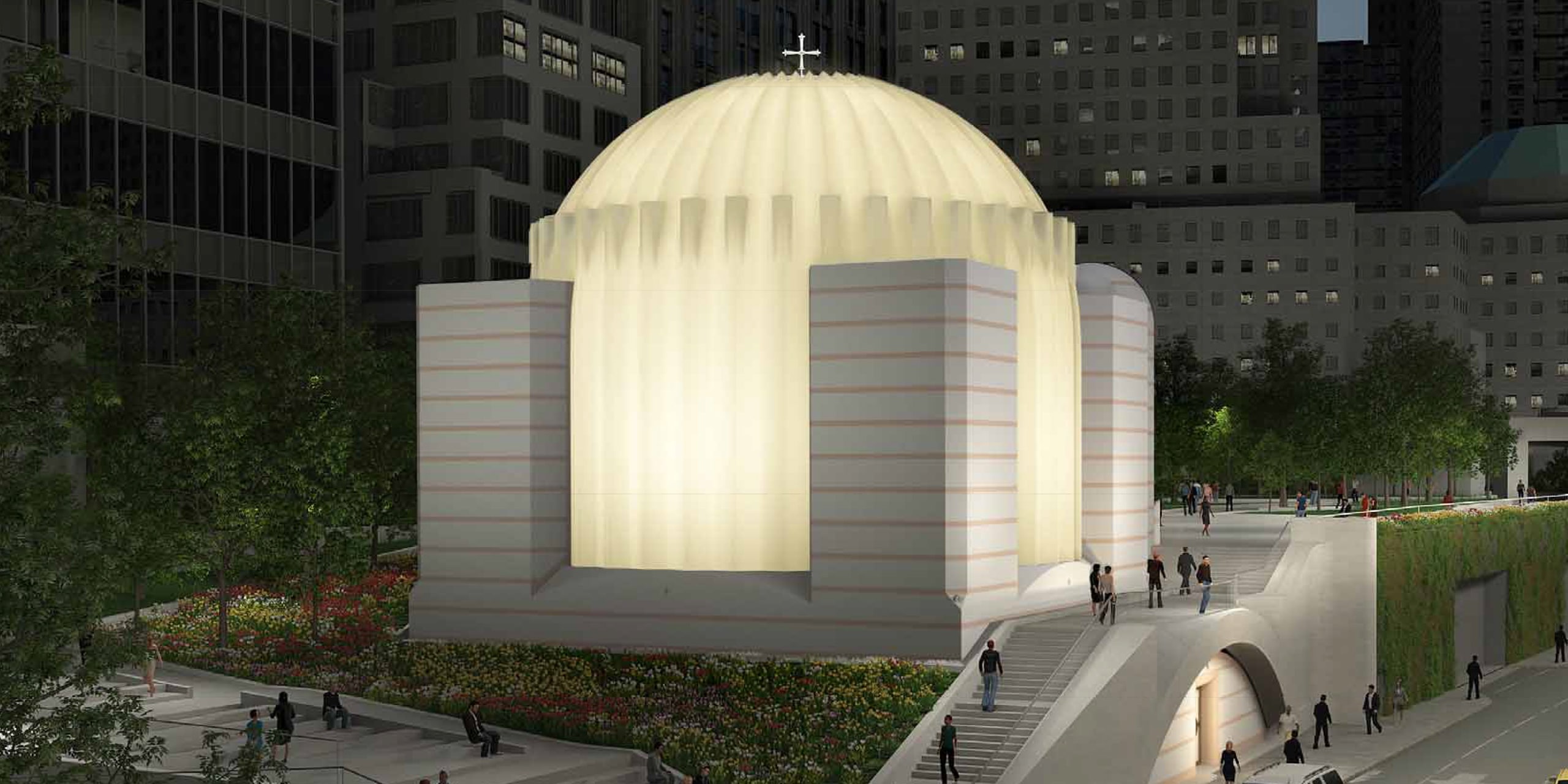 Following years of setbacks, the St. Nicholas Greek Orthodox Church and National Shrine will undergo its first ceremonial lighting on the eve of the 20th anniversary of the Sept. 11 attacks. The domed church on the World Trade Center campus is the work of Spanish architect Santiago Calatrava.

The building’s walls are constructed of eight-inch-thick pieces of Pentelic marble, from the same vein that sourced the Parthenon, sandwiched between two pieces of glass. This construction, along with the skylights circling its dome, will allow light to filter into the church during the day and create a gentle glow in the evening. “The translucent areas of the facade are intended to give the church a dim light, like a beacon of hope, during the night,” Calatrava told the Associated Press. In addition to its sanctuary, the shrine will have space for reflection, meditation, and bereavement for people of all faiths. The church and shrine is slated for completion next year. 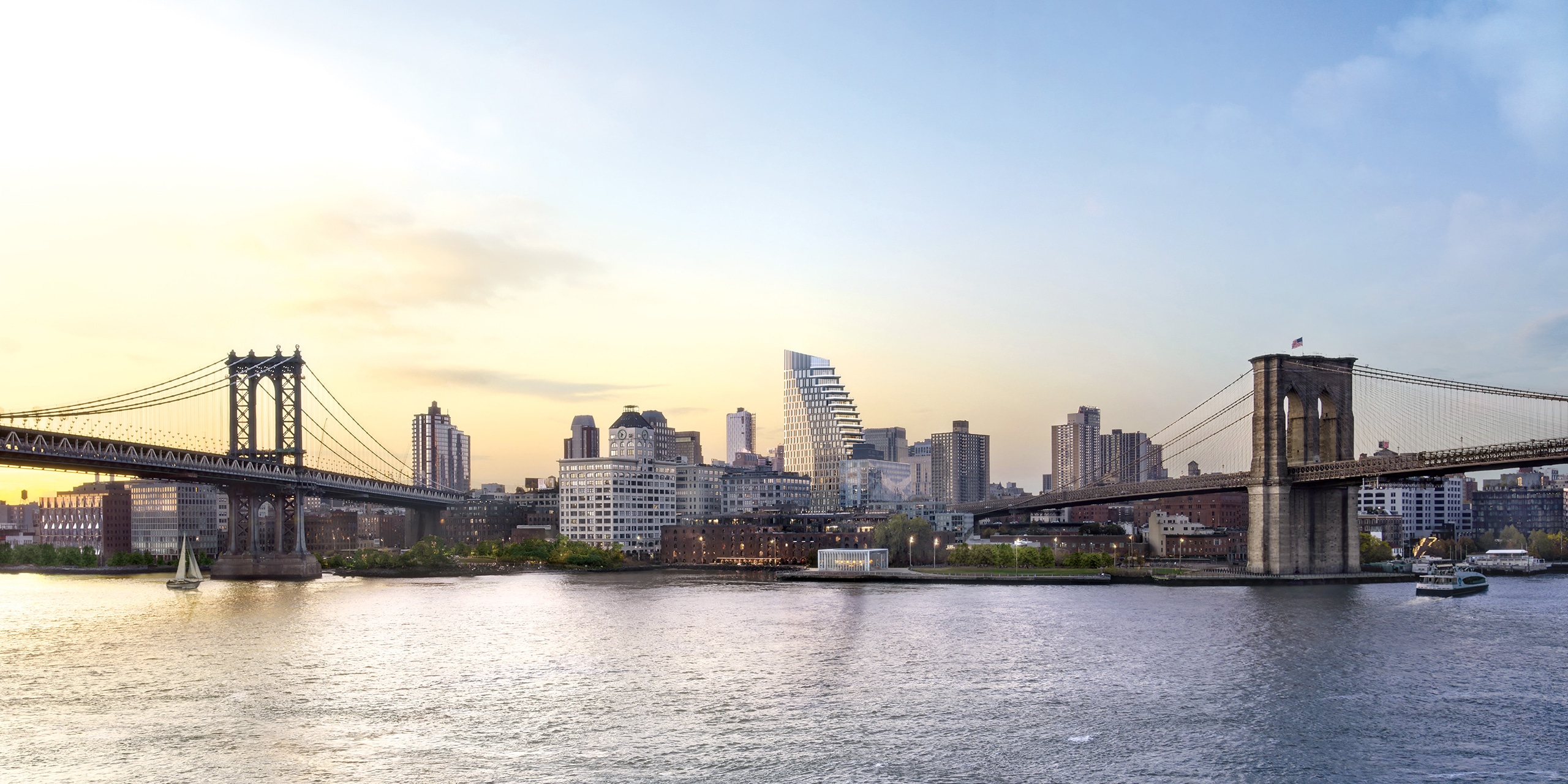 If Olympia Dumbo achieves the prices set forth in its initial offering plan, it will become the most expensive condominium development in Brooklyn, reports The Real Deal. The plan outlines an average asking price of $2,288 per square foot for the 76-residence building, beating out the borough’s second-most expensive building, Quay Tower, where the average price per square foot is $2,054, according to real estate analytics company Marketproof. Olympia Dumbo’s two penthouses will seek a premium: Penthouse A, a 4,271-square-foot four-bedroom residence with a 498-square-foot terrace will seek $16 million, or $3,746 per interior square foot. The five-bedroom Penthouse B will seek $15.5 million, or $3,145 per square foot.