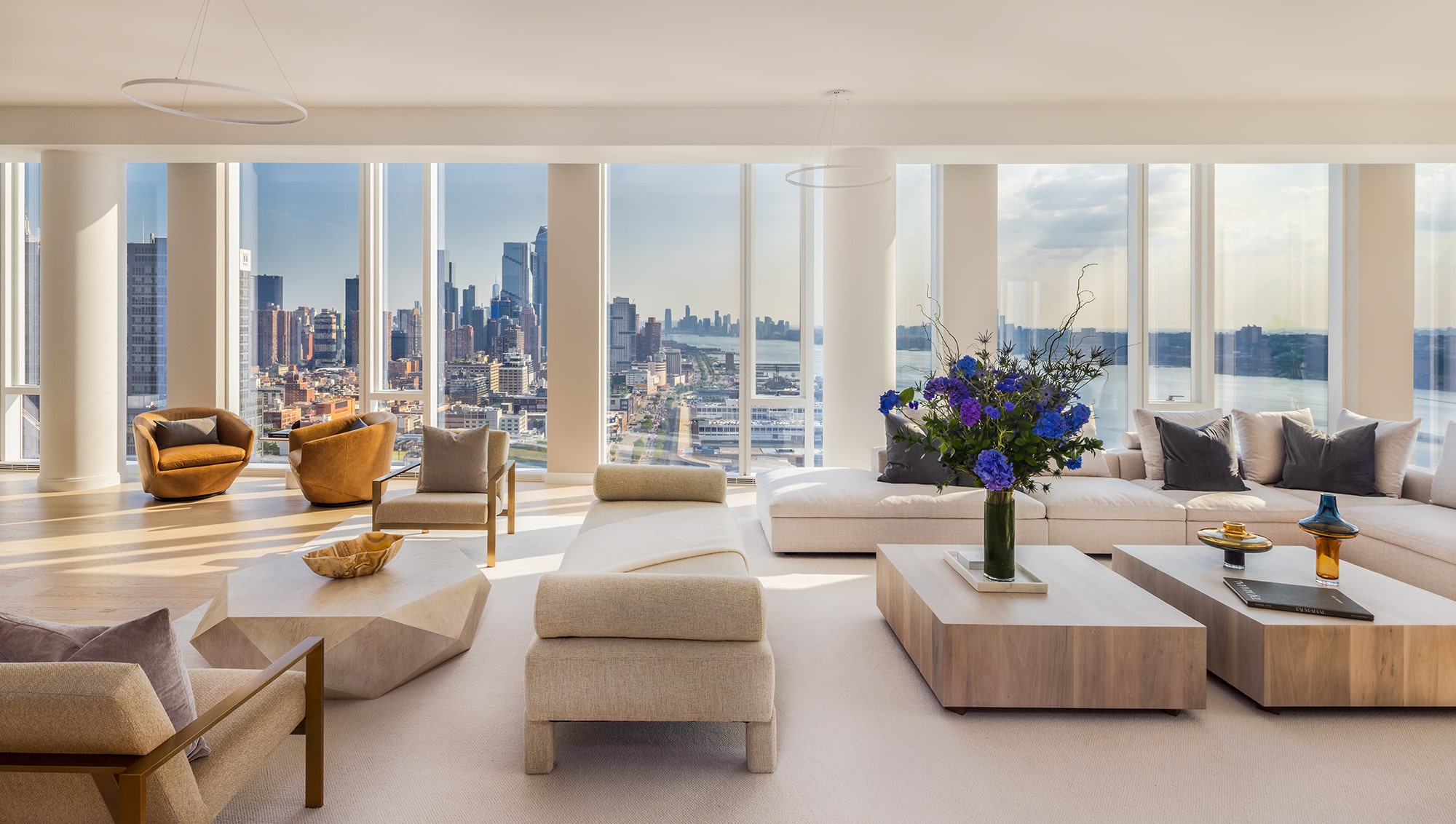 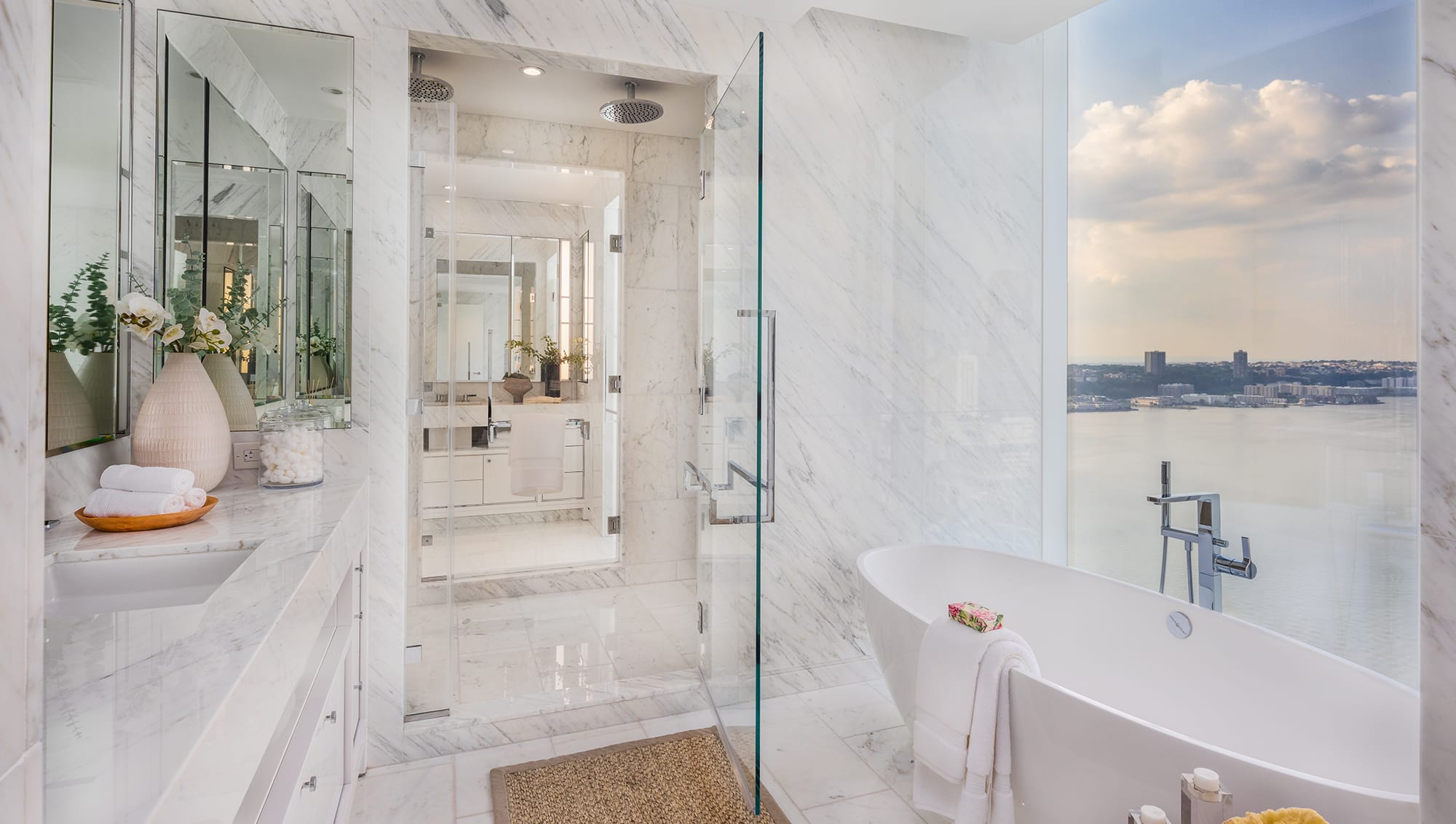 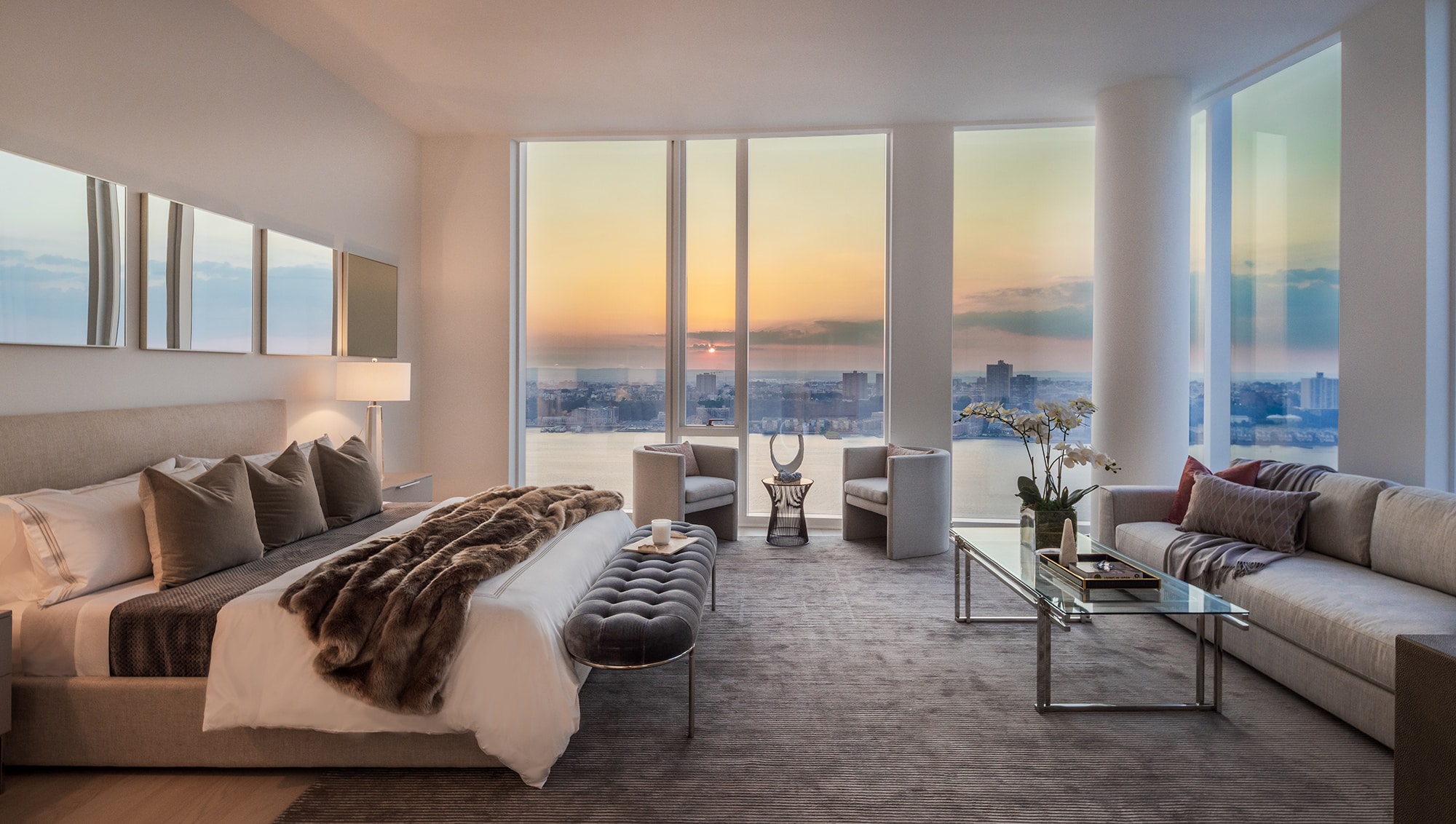 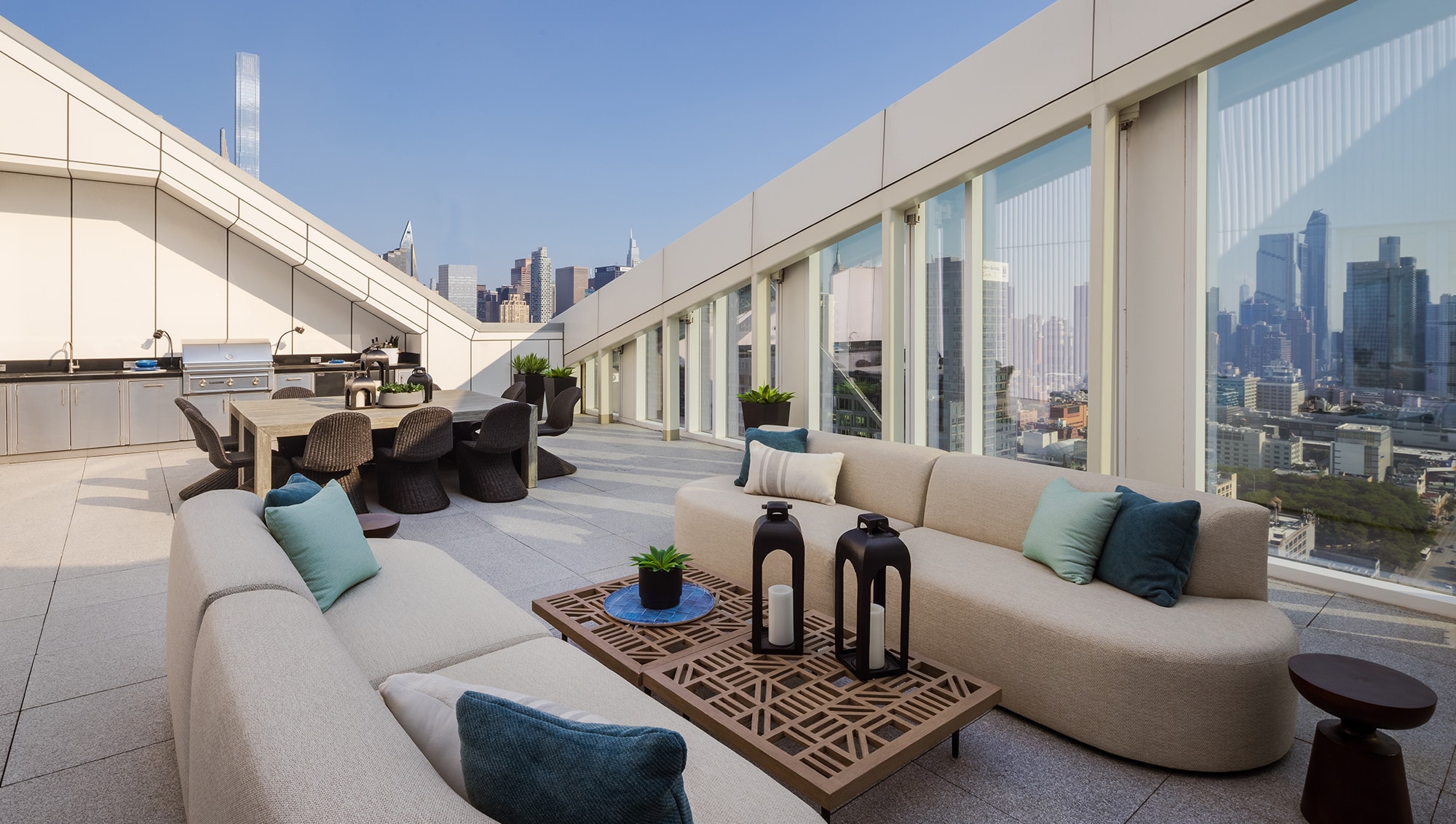 The availability of residences at Waterline Square on Manhattan’s Upper West Side is dwindling, with 95% of its 236 condominiums already sold. Penthouse A, a sweeping full-floor home spanning more than 6,500 square feet, is the building’s last remaining penthouse, and it’s looking to sell for $27 million. The hefty price tag gets you five bedrooms, six-and-a-half bathrooms, and floor-to-ceiling windows with more than 50 feet of direct Hudson River views to the west and skyline views to the south. A 986-square-foot outdoor terrace features a cabana with an outdoor kitchen and fireplace and its own pristine views of the Empire State Building and other landmarks. 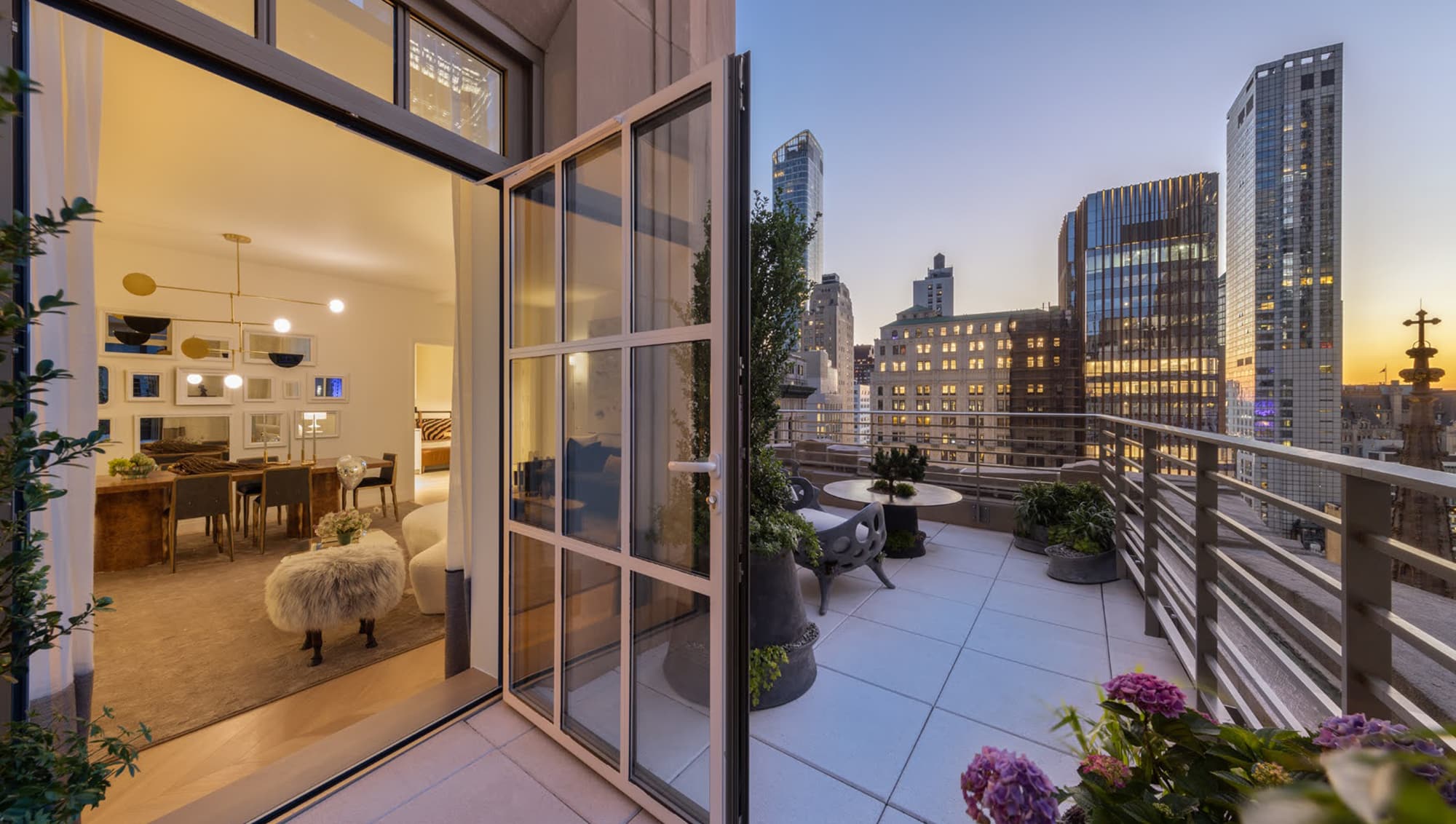 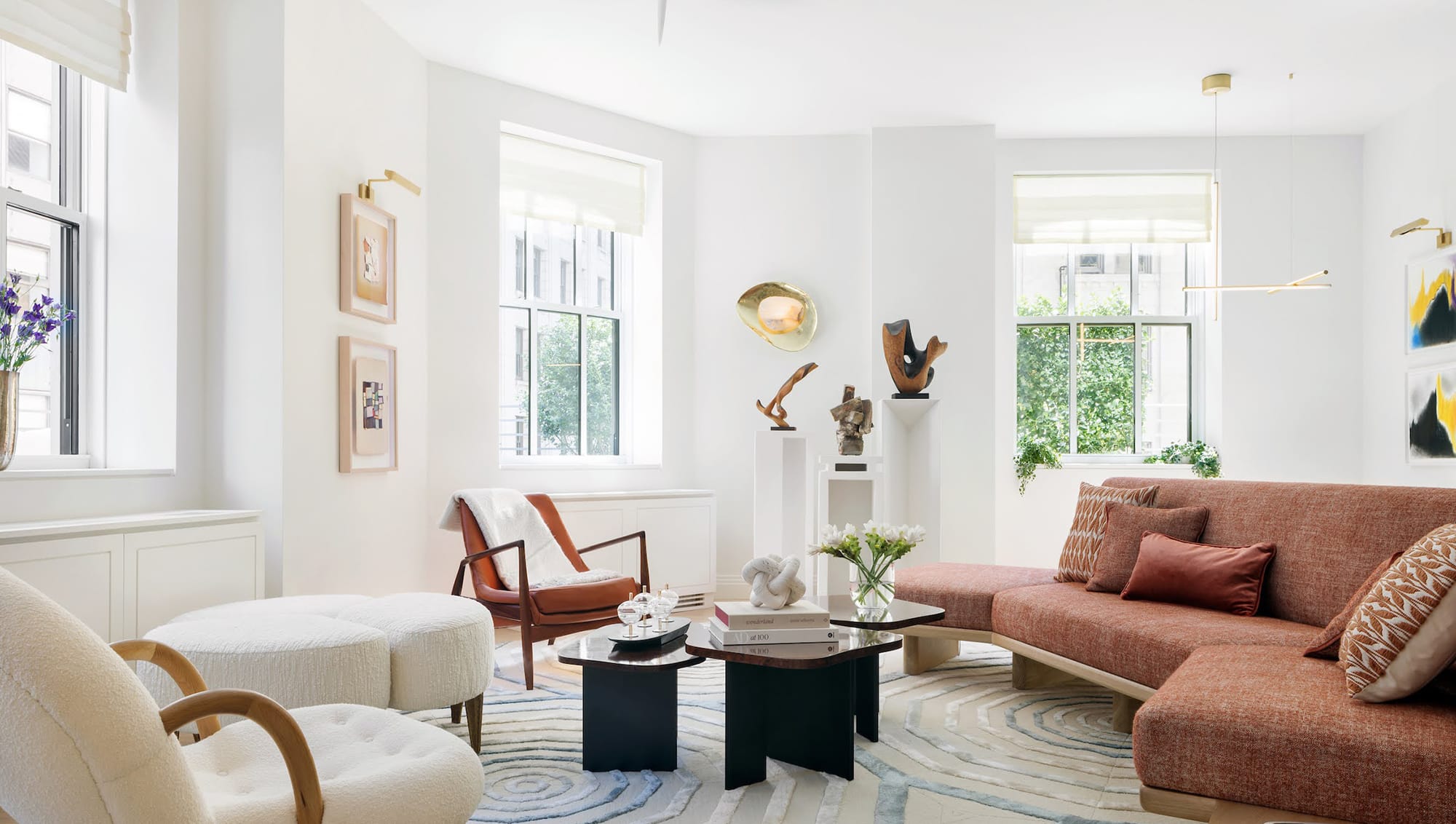 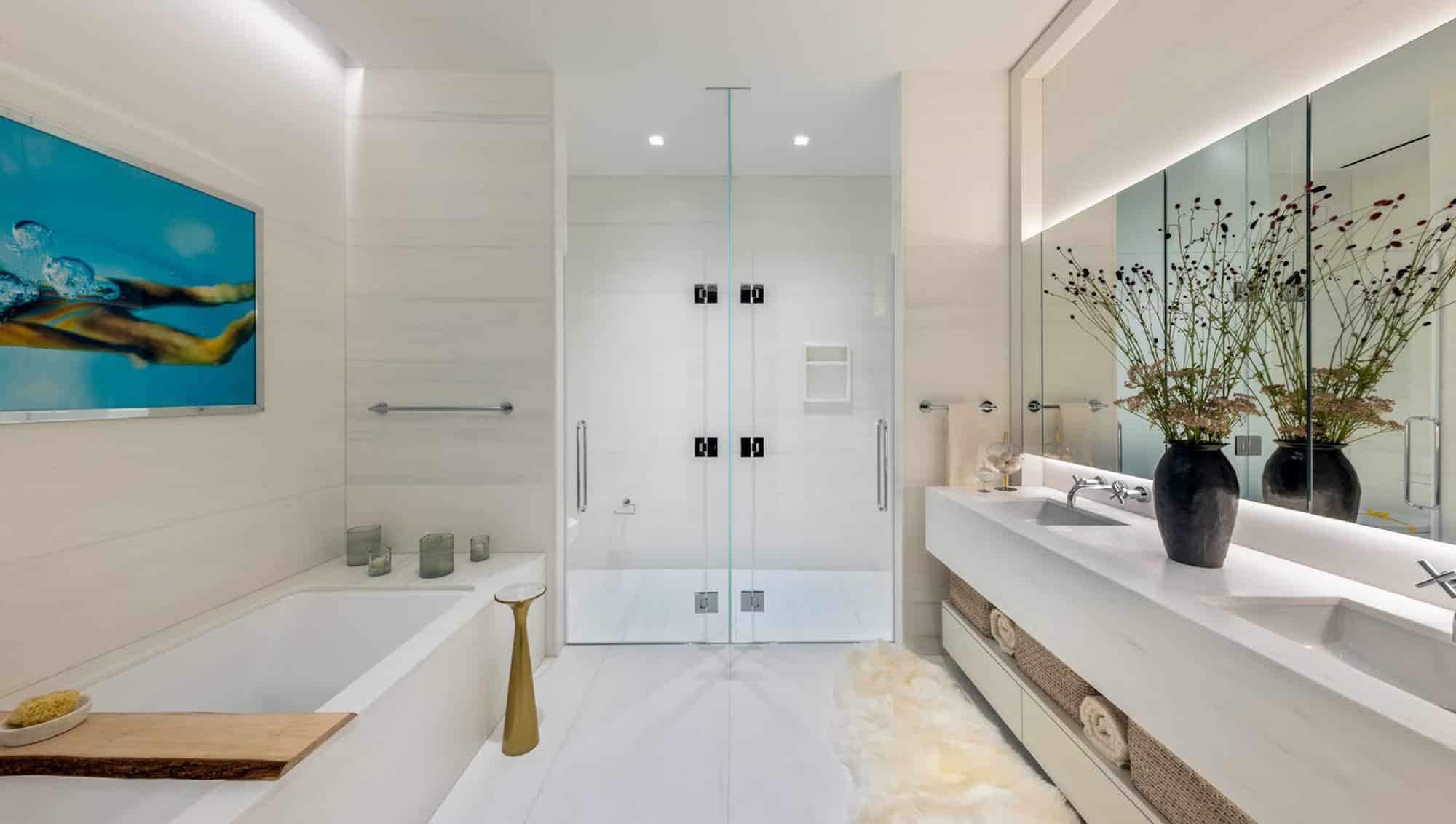 One Wall Street, Lower Manhattan’s landmarked 56-story tower and the city’s largest office-to-residential conversion ever, is offering more glimpses of what prospective residents can look forward to, thanks to the unveiling of additional model residences and its residential coworking space, One Works.

Designer Elizabeth Graziolo of Yellow House Architects was brought on to lead the design of Model Unit 2501, meticulously curating a space that juxtaposes classic and contemporary pieces while honoring the timeless architecture of the building. French architect and designer Cyril Vergniol opted for a more eclectic design choice, decorating his model residence with antique artwork and furniture paired with modern selections for a touch of drama. 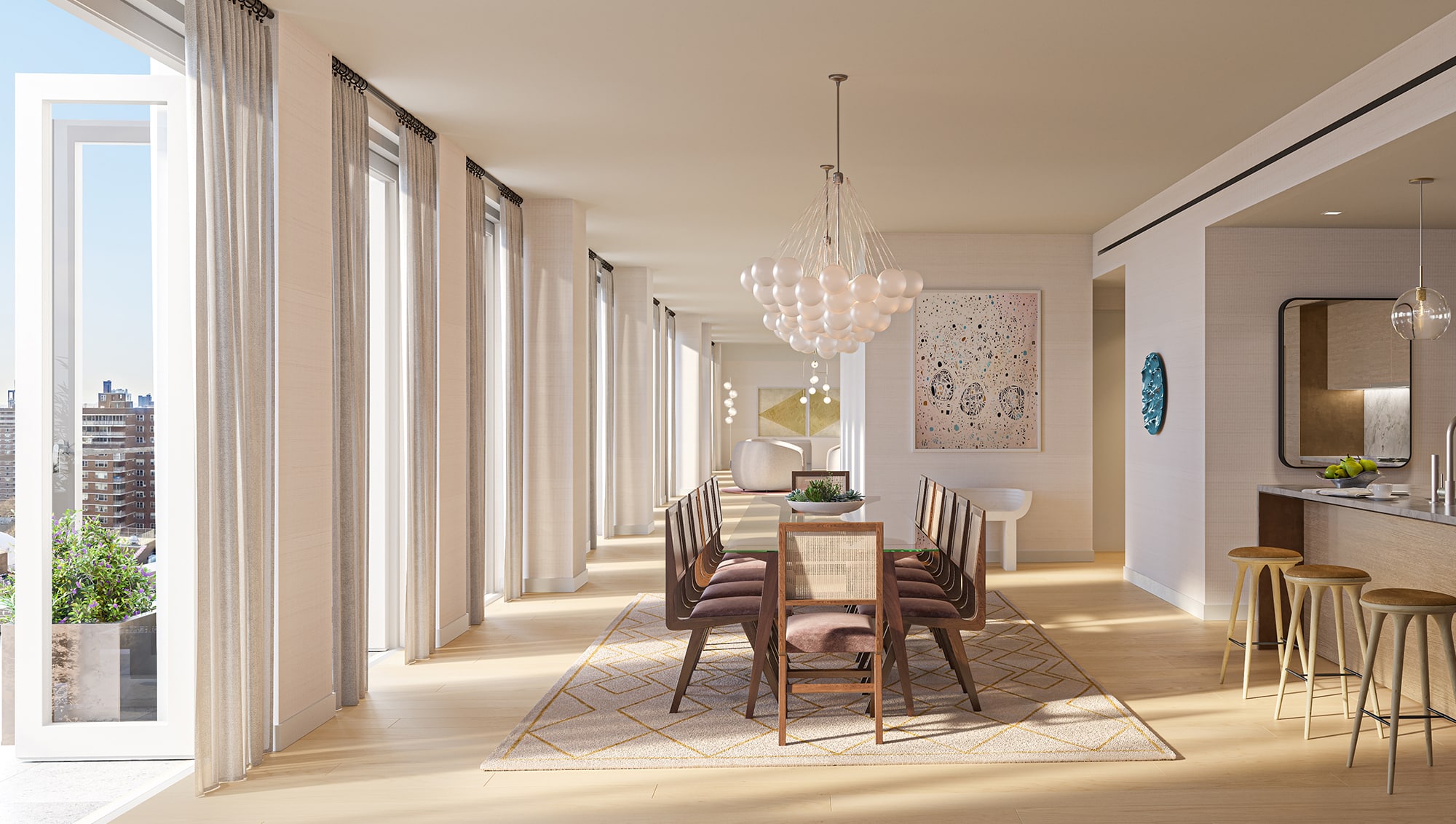 Closings are underway at Maverick Chelsea, the striking concrete-and-bronze building designed by DXA studio. The 21-story development in Manhattan’s Chelsea neighborhood offers a collection of 87 condominium residences, ranging from one to four bedrooms. With more than half of its residences already sold, the remaining homes are priced from $1.495 million. Maverick has also unveiled Penthouse 21B, a three-bedroom, two-and-a-half-bathroom abode on the building’s top floor, boasting a private rooftop terrace and asking $7.5 million. 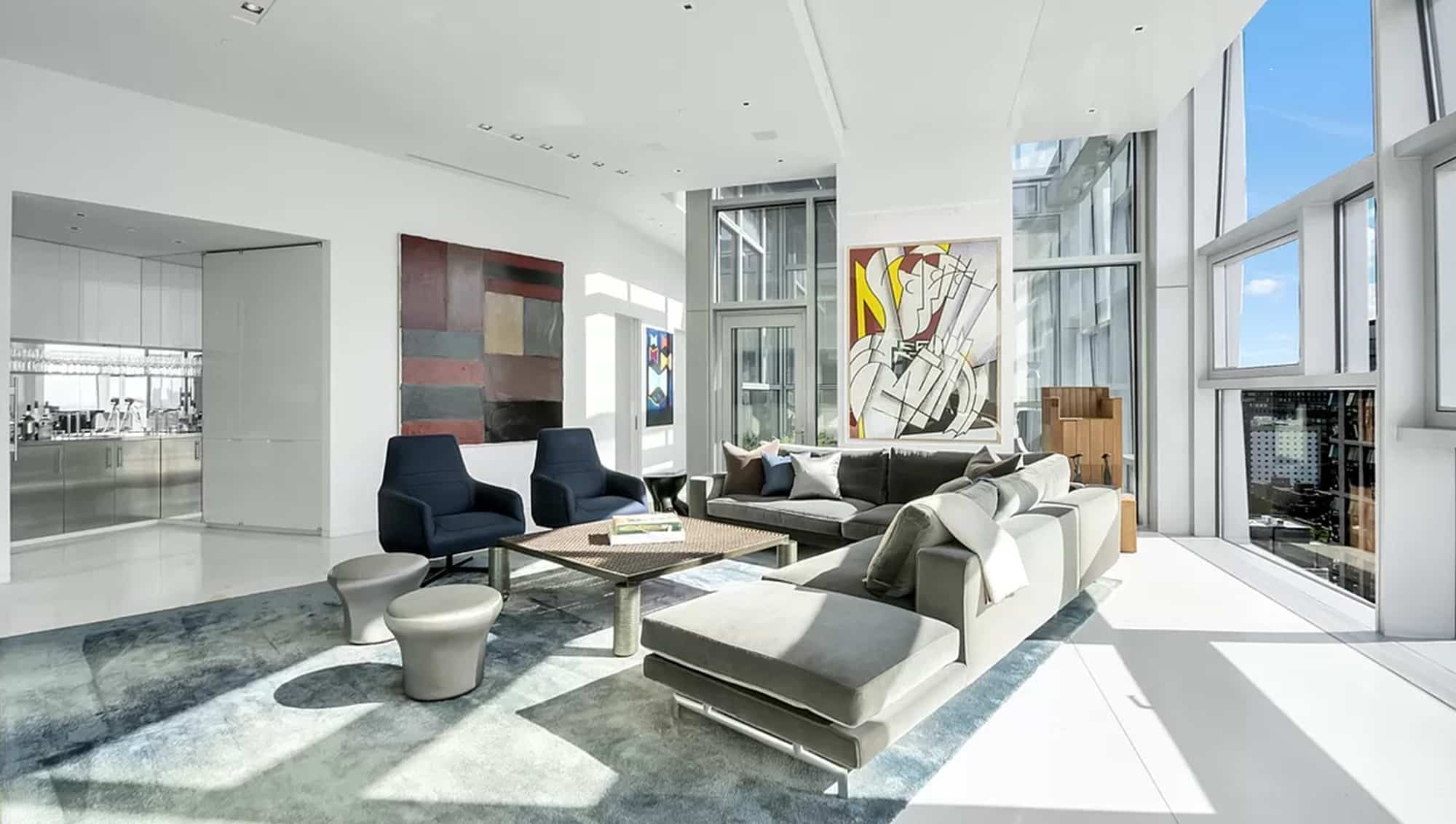 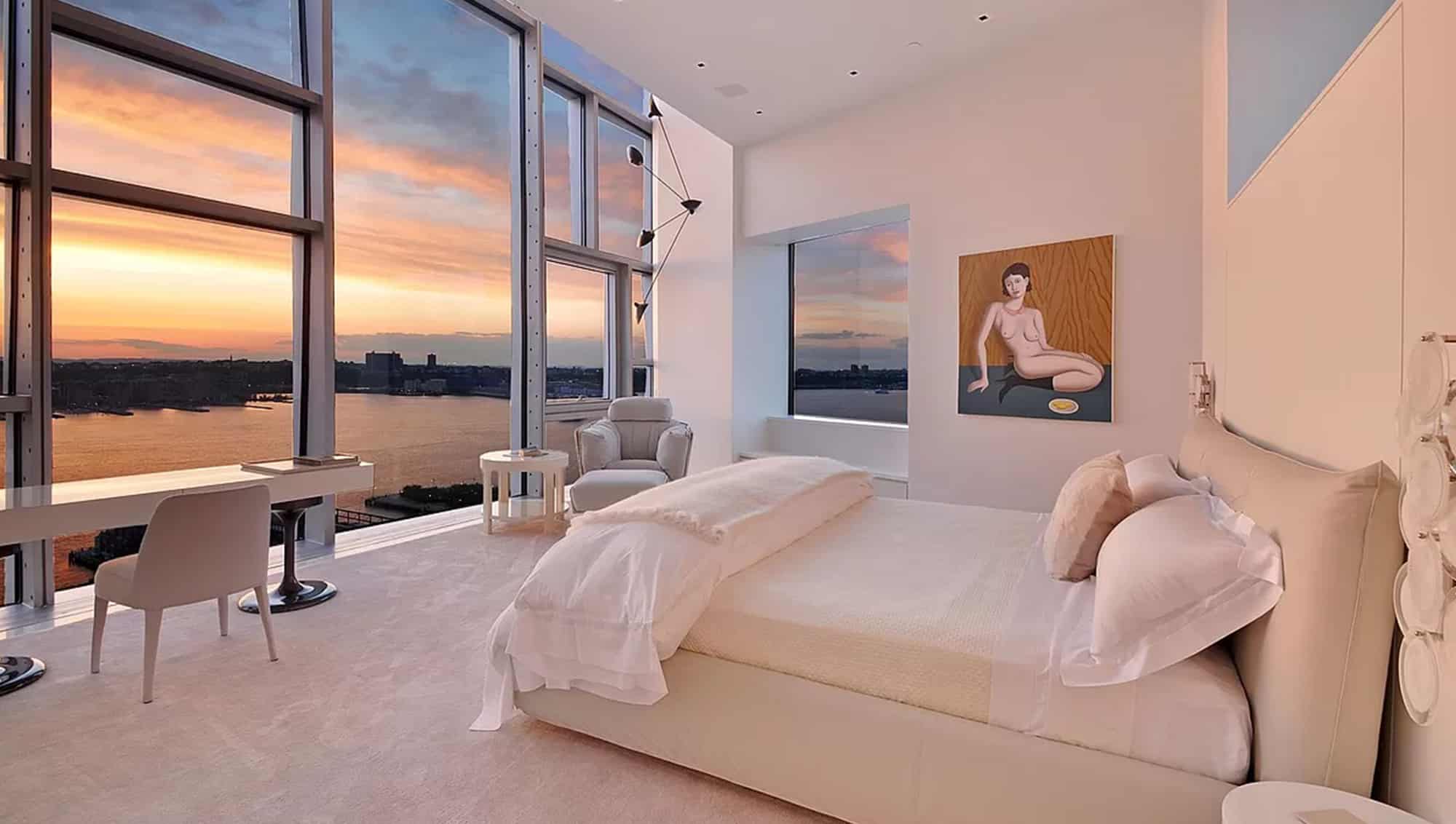 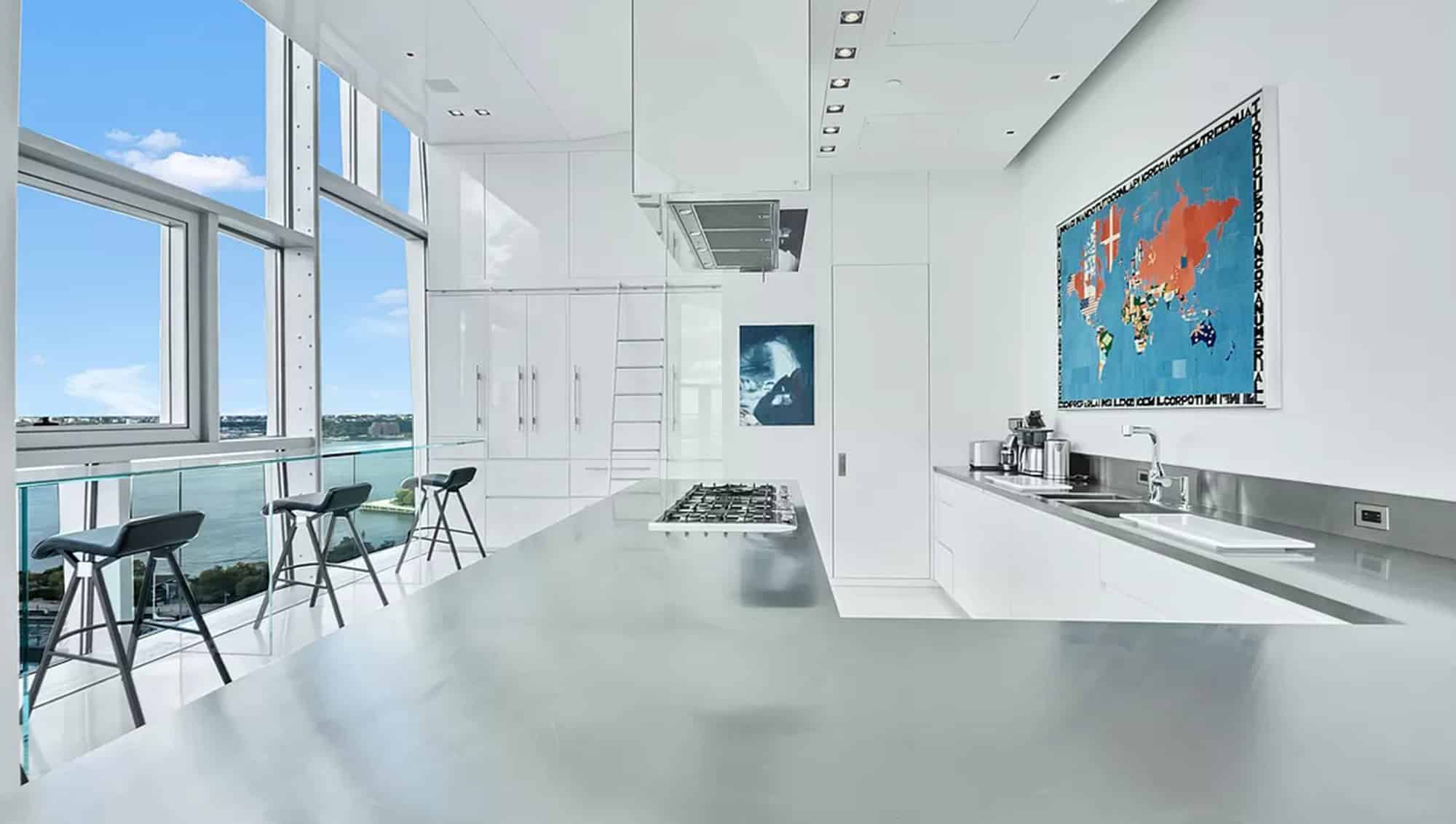 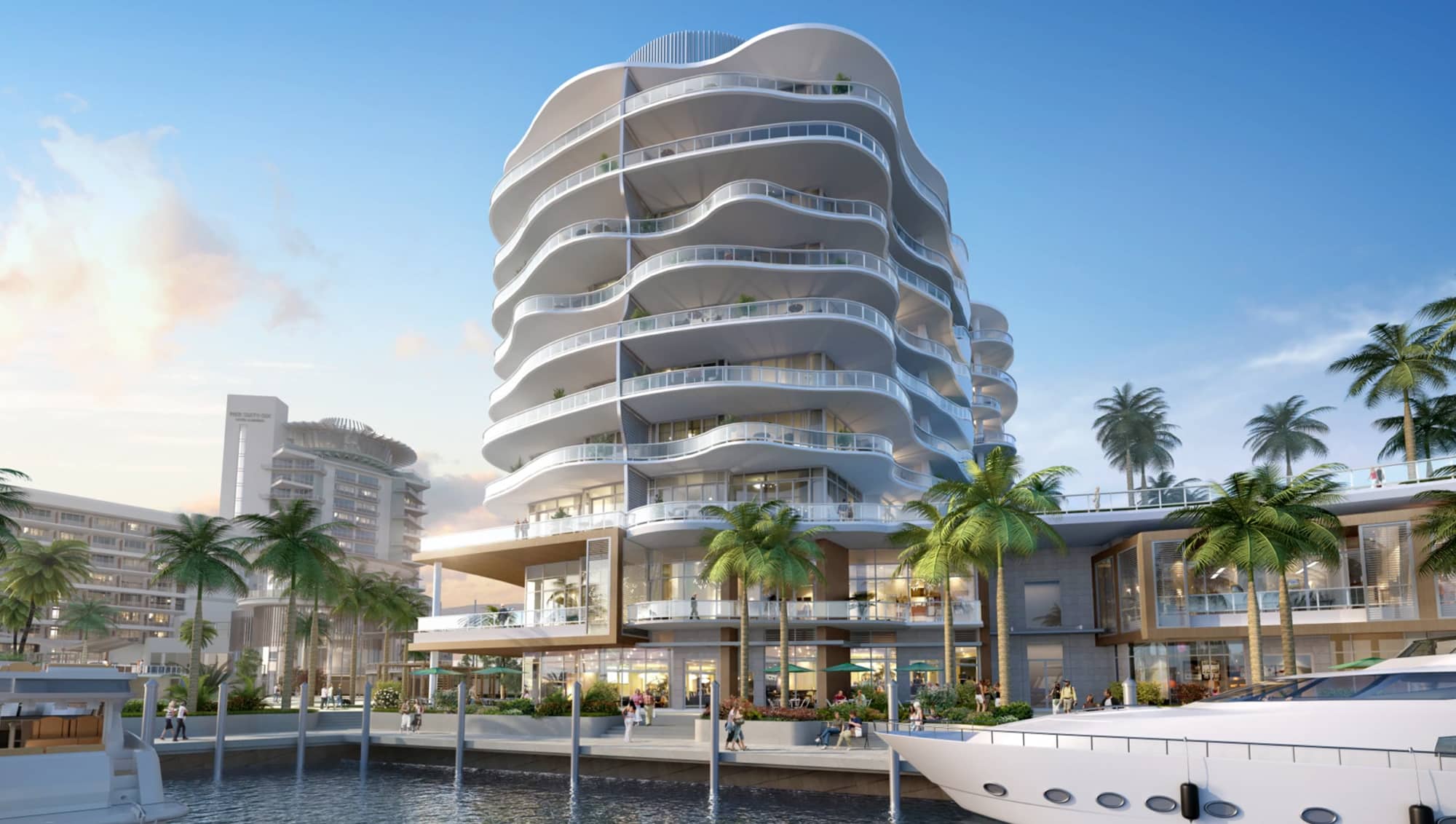 The anticipated Pier Sixty-Six waterfront condominium development, helmed by Tavistock Development Company in Fort Lauderdale, is finally ready to launch sales on its 62 residences this October, reports The Real Deal. Two 11-story buildings will offer 31 condominiums, while a pair of four-story villa buildings will house another 31 homes, with square footage averaging around 2,700 square feet for the former and between 1,600 and 3,800 for the latter. Prices have yet to be revealed, and construction is expected to wrap up in 2024.