In Wynwood, New Development Is Ignited By World-Class Street Art

The Miami neighborhood of Wynwood continues to woo developers with its colorful explosion of street art, graffiti, and other public forms of artistic expression. But this trendy 50-block stretch that runs along Northwest 2nd Avenue hasn’t always been the cultural destination it is today. In 2002, Miami took the spotlight in the international art world with the arrival of Art Basel. The city joined Basel, Switzerland, and Hong Kong, China, as a host city for a global platform of artists, collectors, and gallerists gathering for the annual art fair. It was both Art Basel and the Second Saturday Art Walk, a lively evening of culture, food, and art in the Wynwood District, that first put Wynwood on the map. 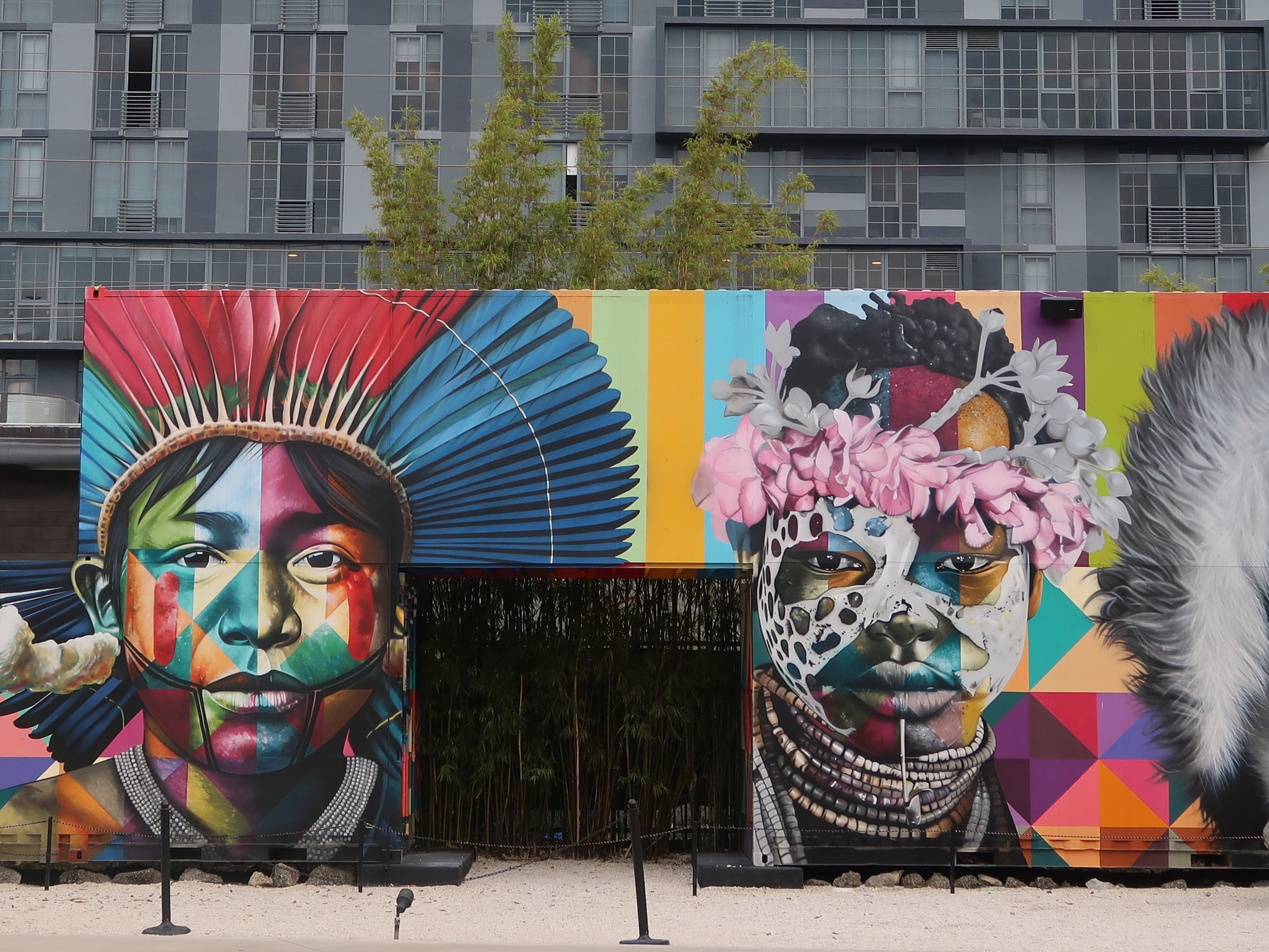 But even up until 2009, the area was marked by economic depression and disuse. Enter Tony Goldman, the man behind the revival of New York’s SoHo, who saw an opportunity in the neighborhood’s large blank warehouse sides and teamed up with legendary gallerist Jeffrey Deitch to transform Wynwood into a breathtaking open-air gallery. Today, the neighborhood’s crown jewel that grew out of Goldman and Deitch’s vision is Wynwood Walls, six walls that act as a canvas to a roster of world-class muralists.

The influx of visitors and residents alike has caught the eye of developers who are infiltrating the artsy area. Wynwood’s first new ground-up condominium development in a decade, 250 Wynwood, kicked the trend of developers placing site-specific artwork on their buildings into high gear when it wrapped construction in 2015. The 11-residence live/work building designed by New York-based architect Laith Sayigh, who cut his chops at Foster + Partners and Diller Scofidio + Renfro, now features artwork curated by gallerist and Art Basel exhibitor Anthony Spinello of Spinello Projects. The building’s balcony overhangs also feature colorful artworks that charm from street level. 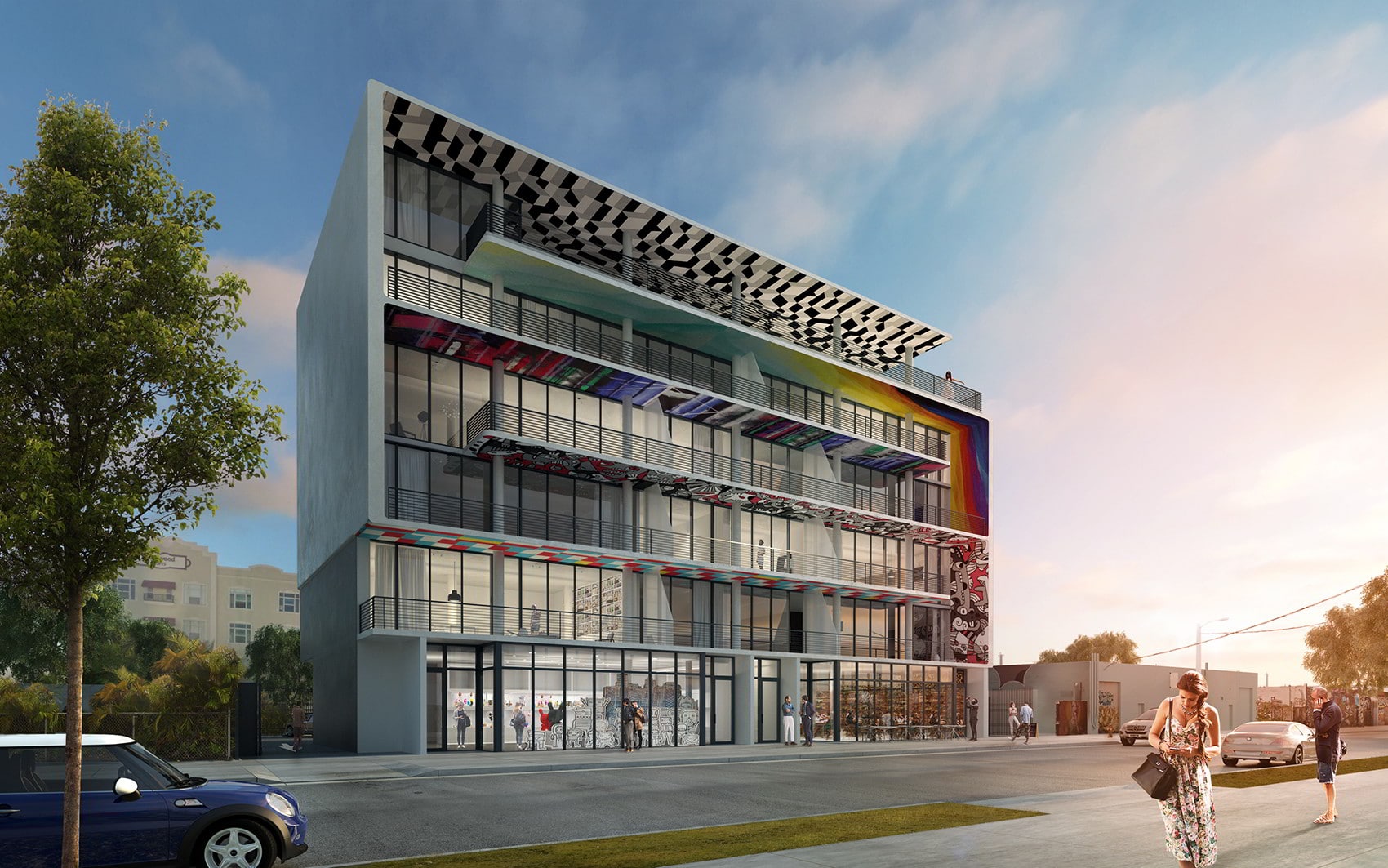 For the newly completed 545wyn, developer Sterling Bay partnered with Miami-based art curator Goldman Global Arts to commission several new murals on the building’s facade, visually connecting the property to the surrounding community. Two murals, located on the ground level, were created by Mojo, a Miami-based Black artist who incorporated imagery inspired by the American Dream and the journey to freedom. A sky-high mural by the German artist 1010 uses optical illusions to add color and interest to the multilevel garage. The 10-story building features 298,000 square feet of modern office space with an indoor-outdoor lounge, a deck with open-air balconies, a fitness center, and more. 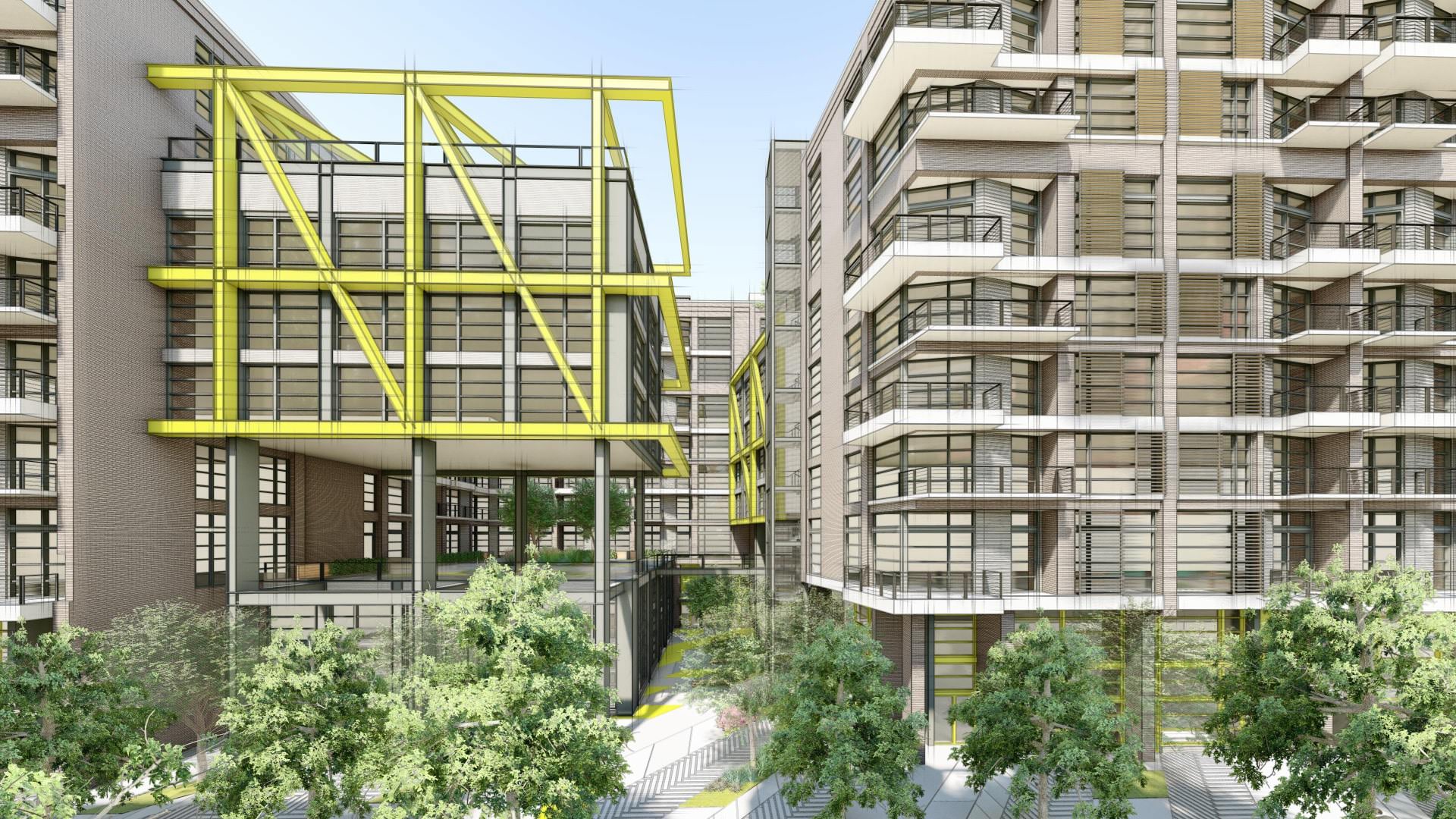 Diesel Wynwood, where residences are priced from $370,000 to $5.5 million, integrated touches into its design that speak to the neighborhood’s artistic character. “Architecturally, we added unusual geometries and with Diesel’s participation, it will become something that doesn’t exist anywhere else in the city. It’s like living in an art piece,” said Bernard Zyscovich of ZYSCOVICH Architects, who’s designing the 143-residence project.

Wynwood’s street art is now so integral to the neighborhood’s identity that it’s become enshrined in local procedure. The Wynwood Business Improvement District strongly encourages developers and property owners to commission art on their buildings and submit those designs before they’re enacted to make sure they are in the spirit of the neighborhood. The Miami Planning Department and the Wynwood Business Improvement District also factored the street art into the September 2020 Streetscape Master Plan that aims to improve the district. The plan sets forth zoning regulations that encourage new mixed-use residential and office developments and pedestrian-friendly streets, all while preserving the artistic character of the area.

As for the future, the 21 major developments planned for or already under construction in the neighborhood will broaden the canvas for artists and bring even more life and culture into the area, enforcing Wynwood’s status as an energetic and vibrant hub befitting of the magnetic pulse of Miami.