Contemporary living comes to Fitzrovia, with this newly-minted collection of boutique residences, which rubs shoulders with the cocktail bars, private galleries and independent eateries this quarter of London is renowned for. Residents can savor the splendor of generously proportioned, high-ceilinged spaces, safe in the knowledge they barely need to travel at all in order to relish the West End’s superlative culture. For the urbane city dweller who prefers to do their commuting by foot and experience the thrill of the metropolis day in/day out, the prospect of 101 on Cleveland is about as irresistible as it gets.

Assael Architecture’s design takes the form of three towers that step up in height within a wedge-shaped intersection. This savvy formation not only references the surrounding built environment (containing everything from townhouses to skyscrapers) but allows each portion of 101 on Cleveland ample natural light. Further breaking down the composition of condominiums—which are built of dark brick in homage to the surrounding heritage—are two landscaped gardens woven between the buildings that carve out green oases amid an innately metropolitan setting. Each residence enjoys large stylized geometric windows and a balcony from which to drink in vistas of the city. 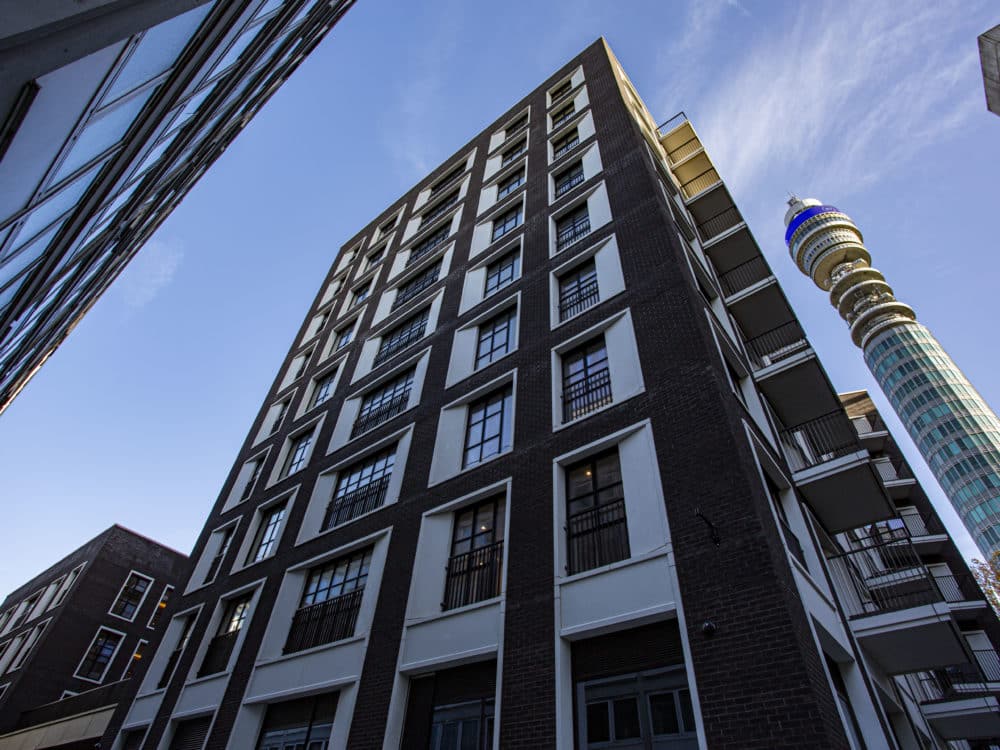 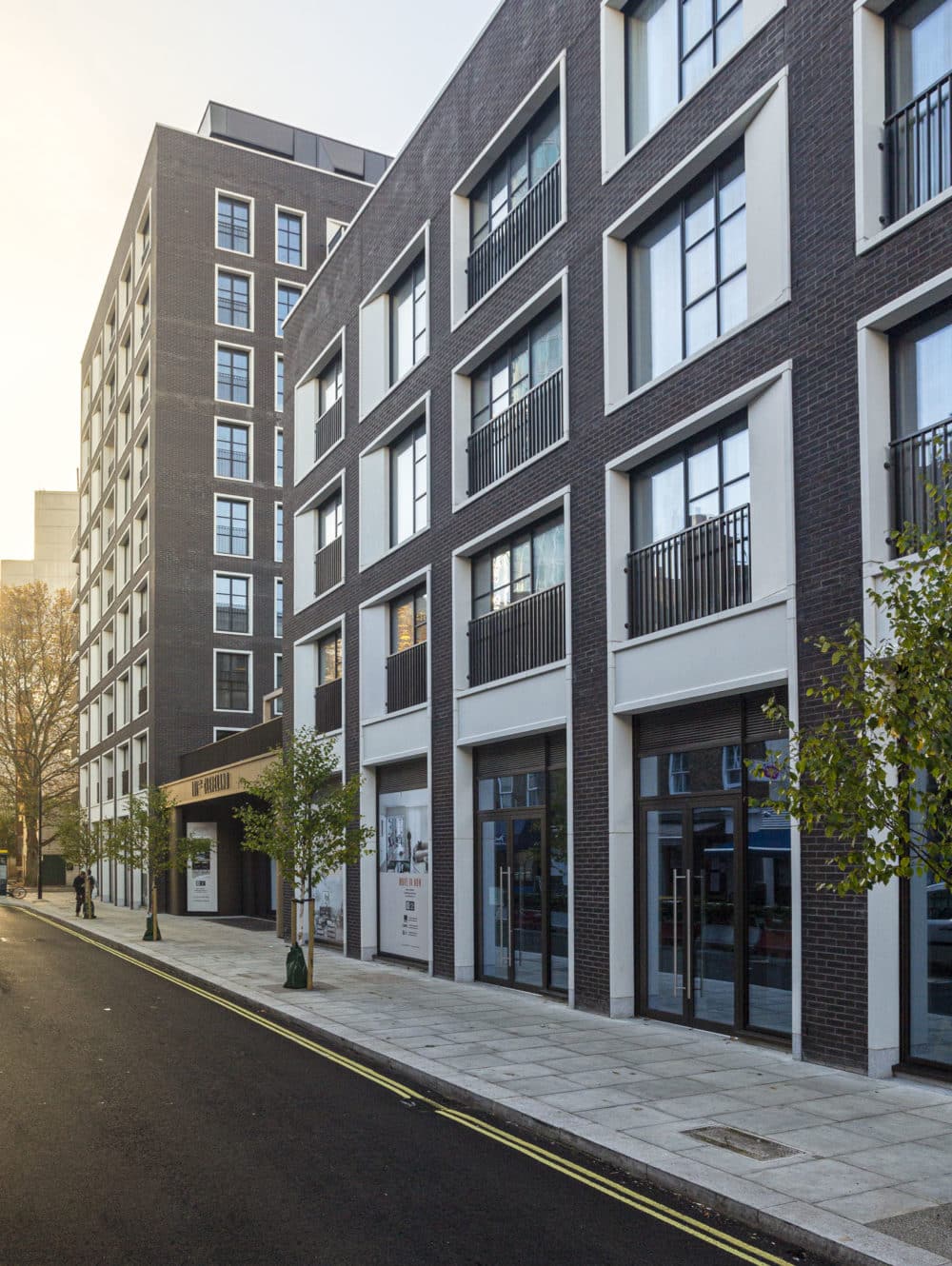 Fitzrovia occupies an enviable spot in the thrilling core of London, a touch north of Oxford Street, which is celebrated for its illustrious shops, including Selfridges. The neighborhood bristles with excellent eateries (like the exquisite Berners Tavern, and much-Instagrammed Circolo Popolare trattoria ), private art galleries (Woolff Gallery, Alison Jacques) traditional British pubs (including the Fitzroy Tavern, after which the area is rumored be named), and a host of on fleek entertainment, from axe throwing to “life-sized” Monopoly. Though lined with handsome Georgian townhouses, Fitzrovia’s best-known architectural landmark is the 1960s BT Tower, a towering sci-fi beacon that’s come to be one of the symbols of the London skyscape. The theaters of the West End and the glittering nightlife of Soho are within breezy walking distance, as are London Underground stations at Goodge Street, Warren Street, and Great Portland Street.

With its penthouse collection, Soho-based interior design studio Bergam & Mar plays up the natural light of each residence with a crisp palette of creams and whites, which is dramatically offset by the dark, organic materials of the wooden kitchen cabinetry and silvery marble splashbacks. This form of chiaroscuro is also in the bedrooms and bathrooms, where cool walls and tiling are punctuated with intensely black cabinetry. Taking inspiration from the art-deco era, a dynamic chevon theme is repeated throughout the rooms—within the herringbone timber flooring and the bathroom tiling. Furniture in the ninth-floor show penthouse takes its cue from the dark jewel hues of the Victorian era, with a maroon Camaleonda sofa by Mario Bellini and deep blue Fiorenza armchairs by Franco Albini in the living room and white onyx and Rosso Levanto marble Lunar Pendant lamps by Pietro Russo Design in one of the bedrooms. 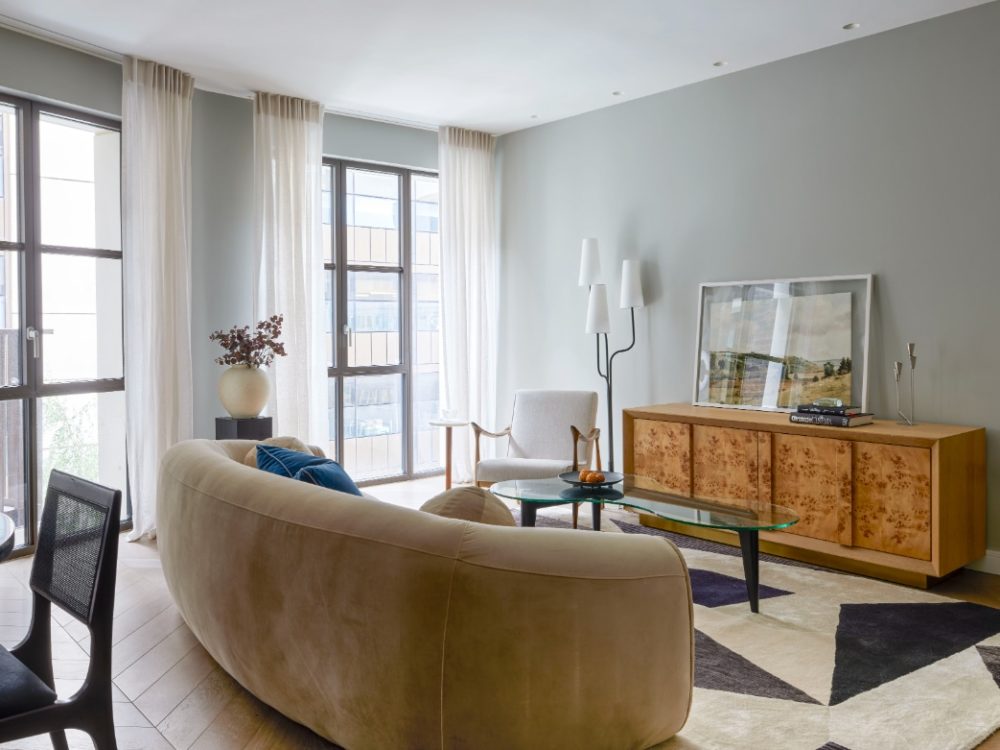 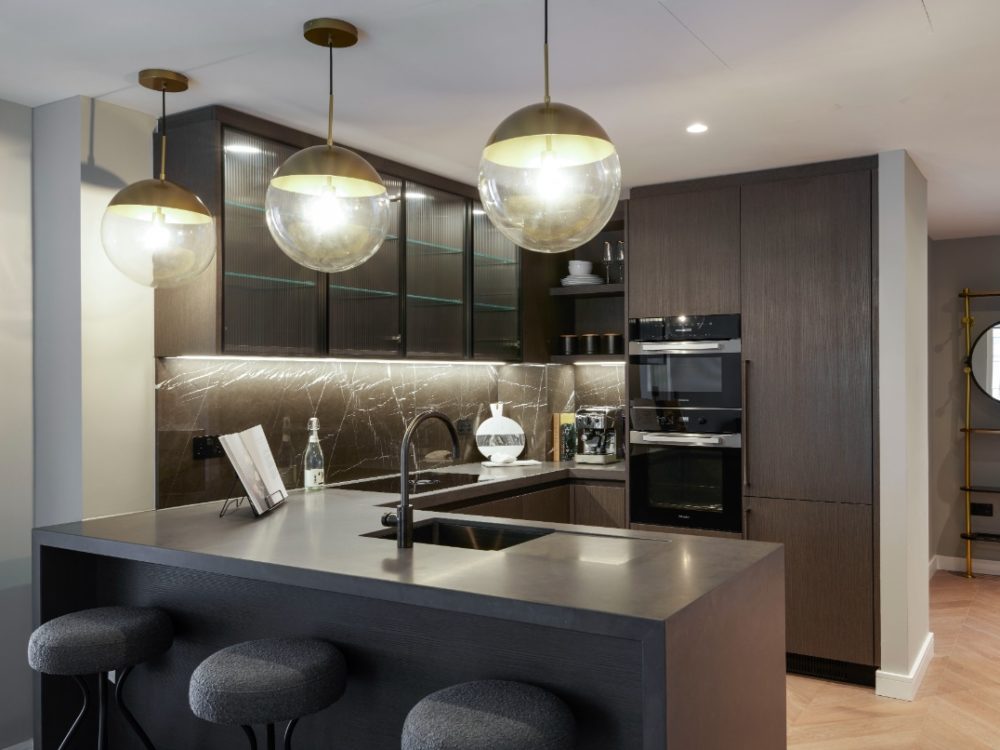 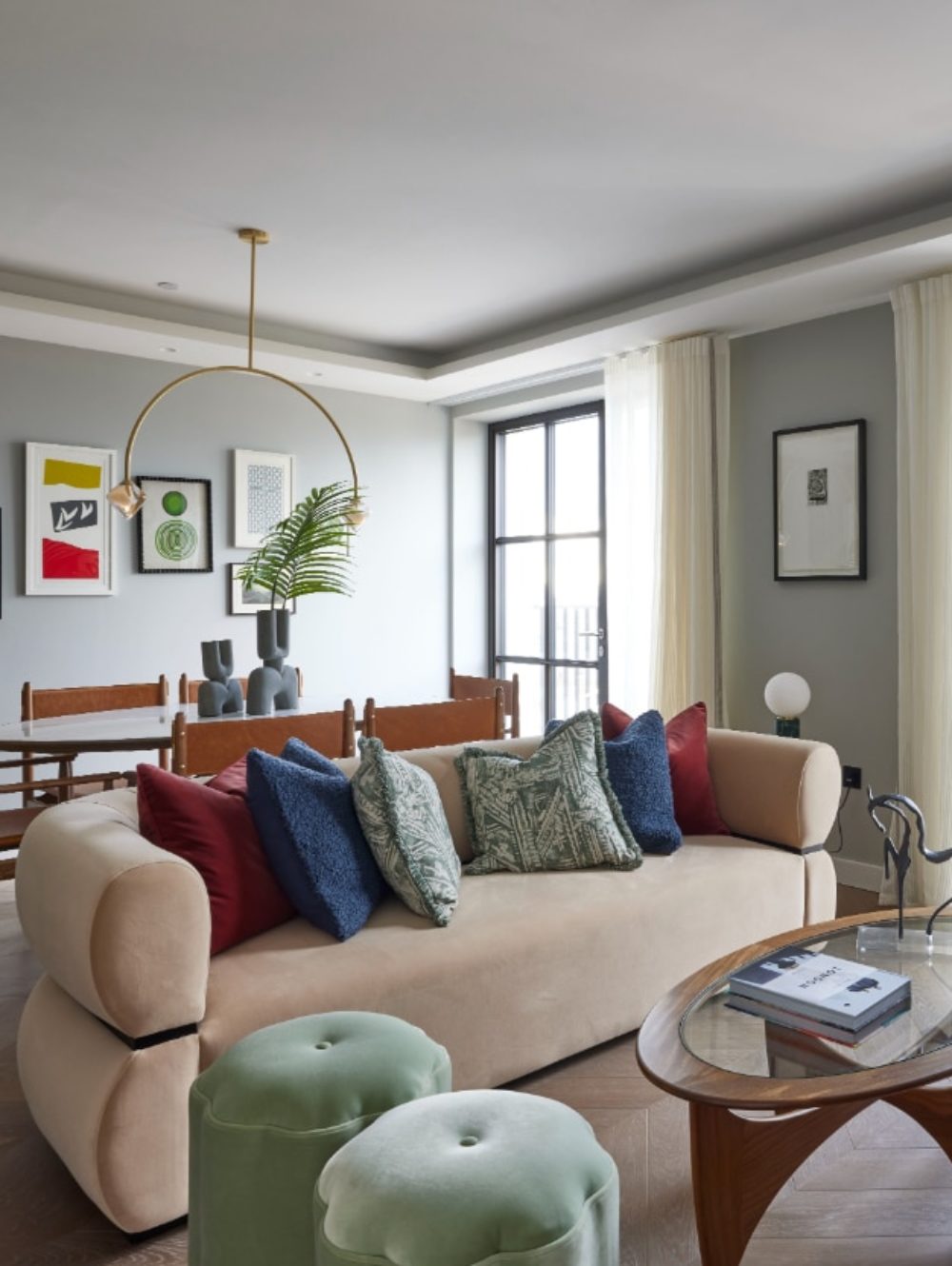 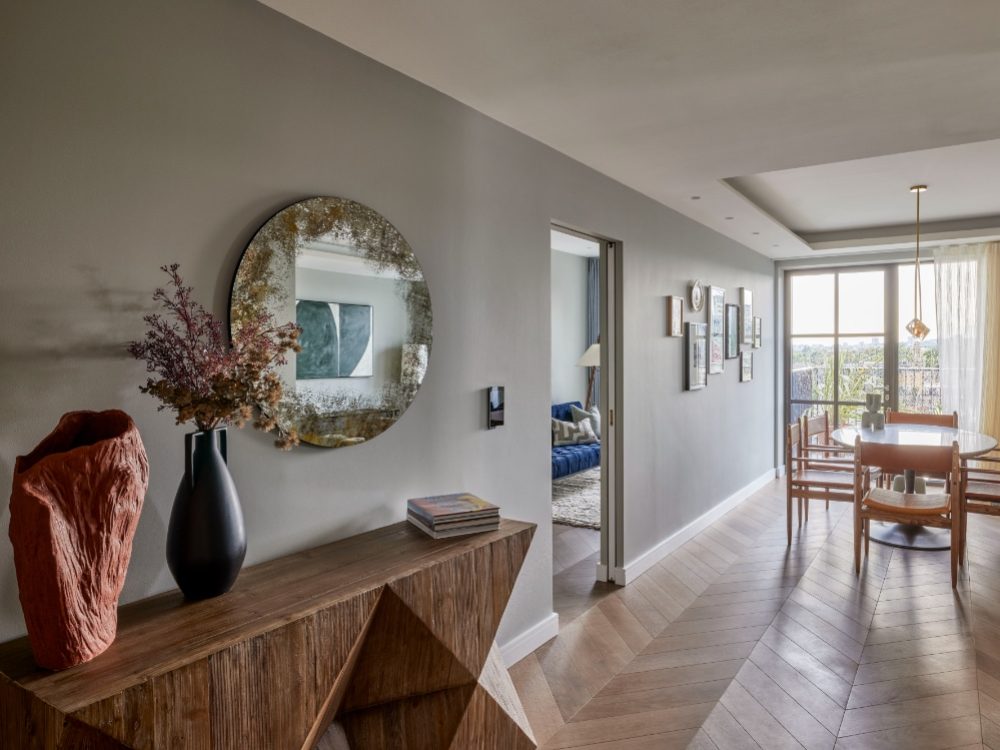 Echoing nearby garden squares like Fitzroy Square Gardens, 101 on Cleveland boasts its own private terrace landscaped with planters and hanging eggs chairs where residents can appreciate the urban views, including the iconic BT Tower. Inside, the amenities are comprehensive, encompassing a gym and wellness suite, a business suite, a midcentury-inspired private bar, and a velvet-seated screening room. 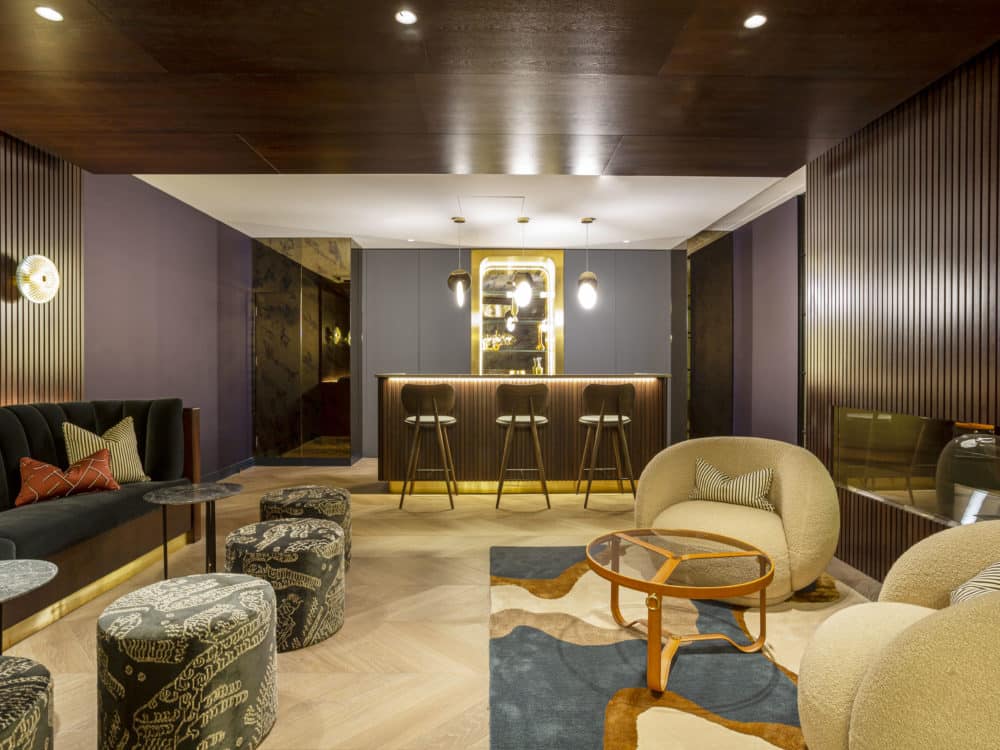 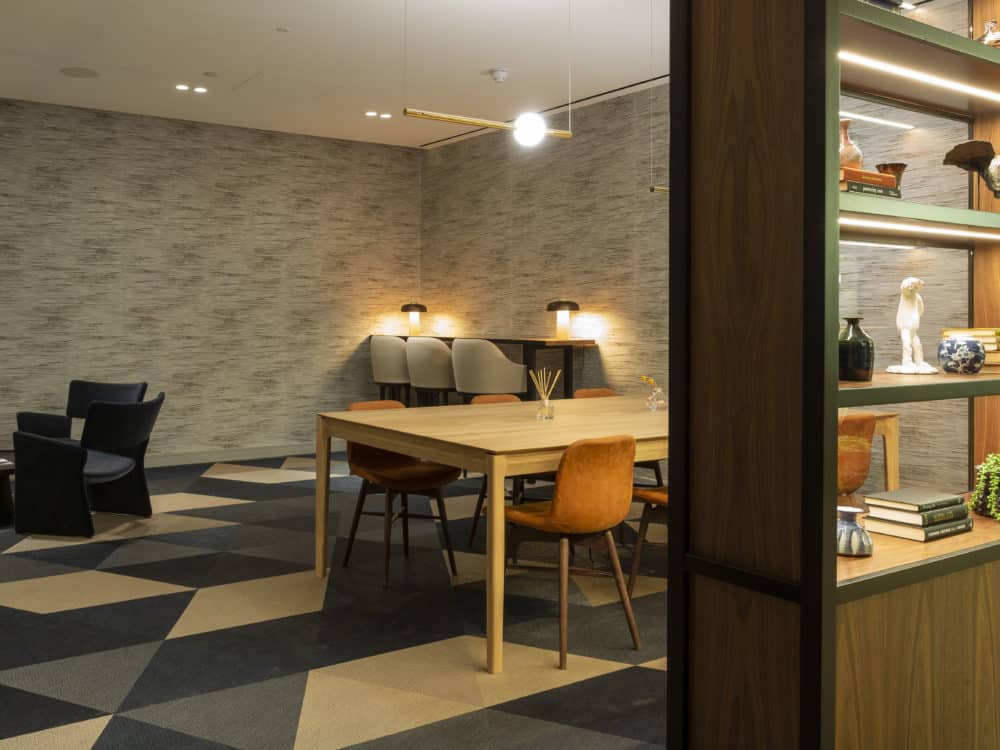 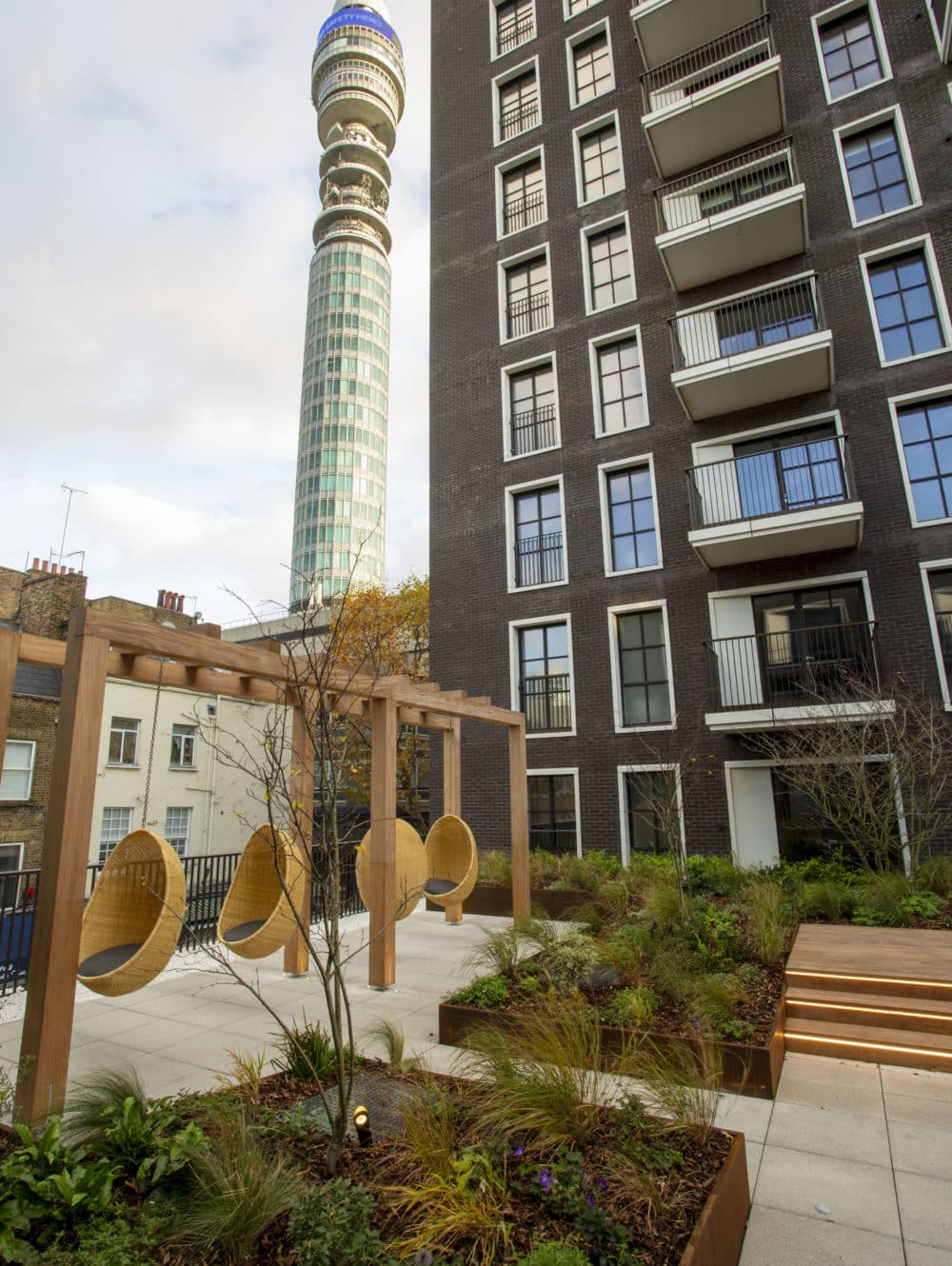 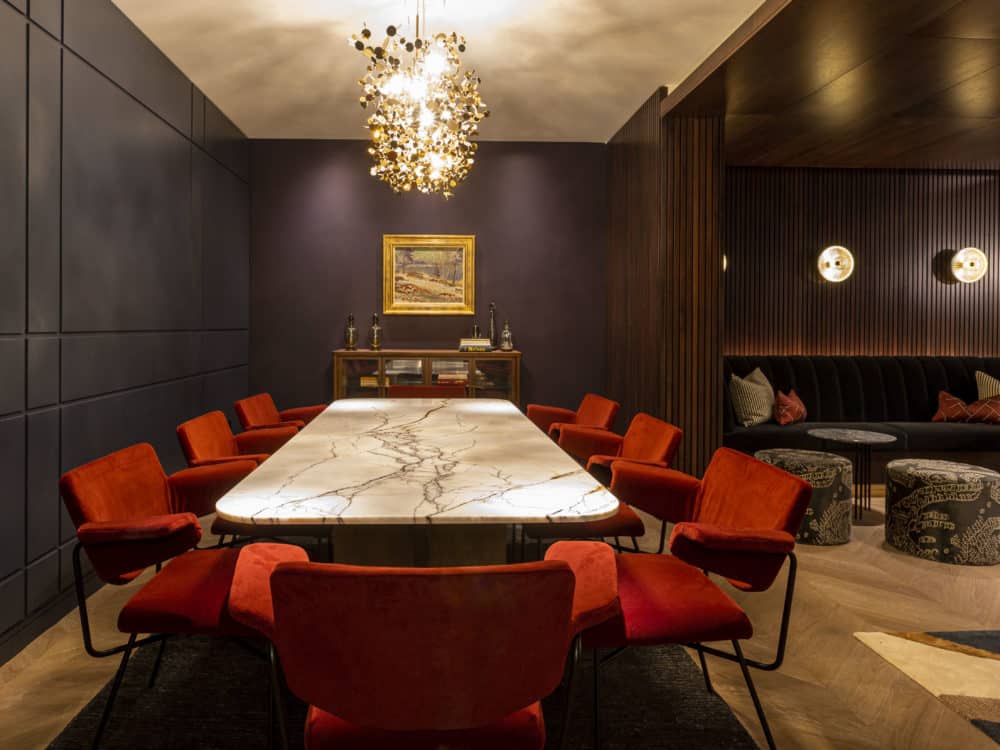 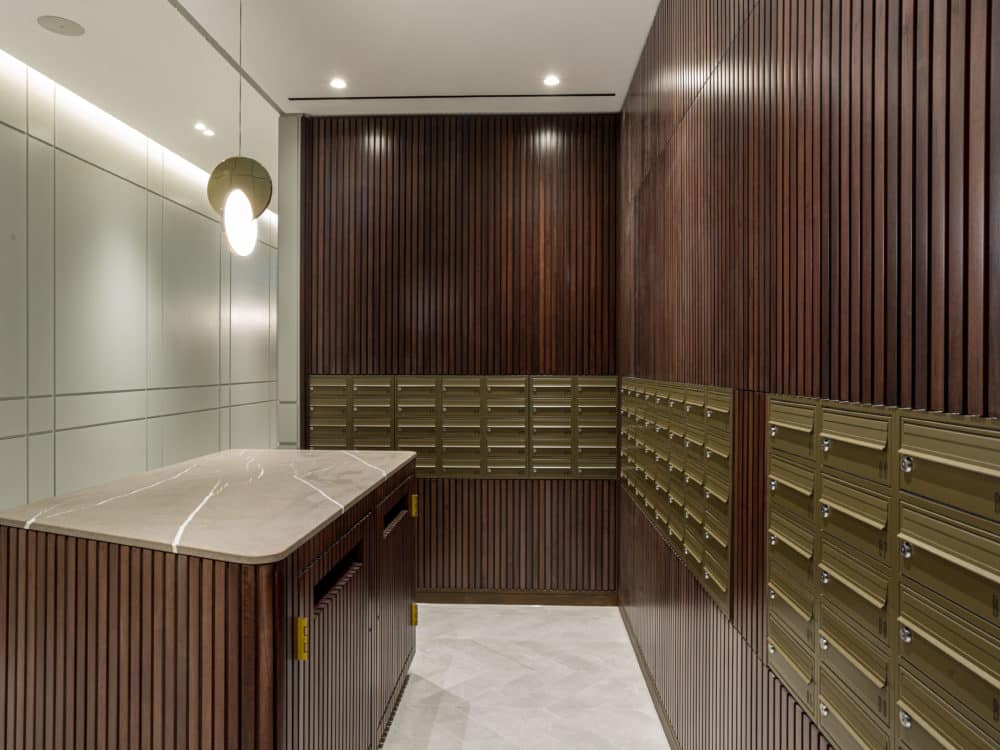