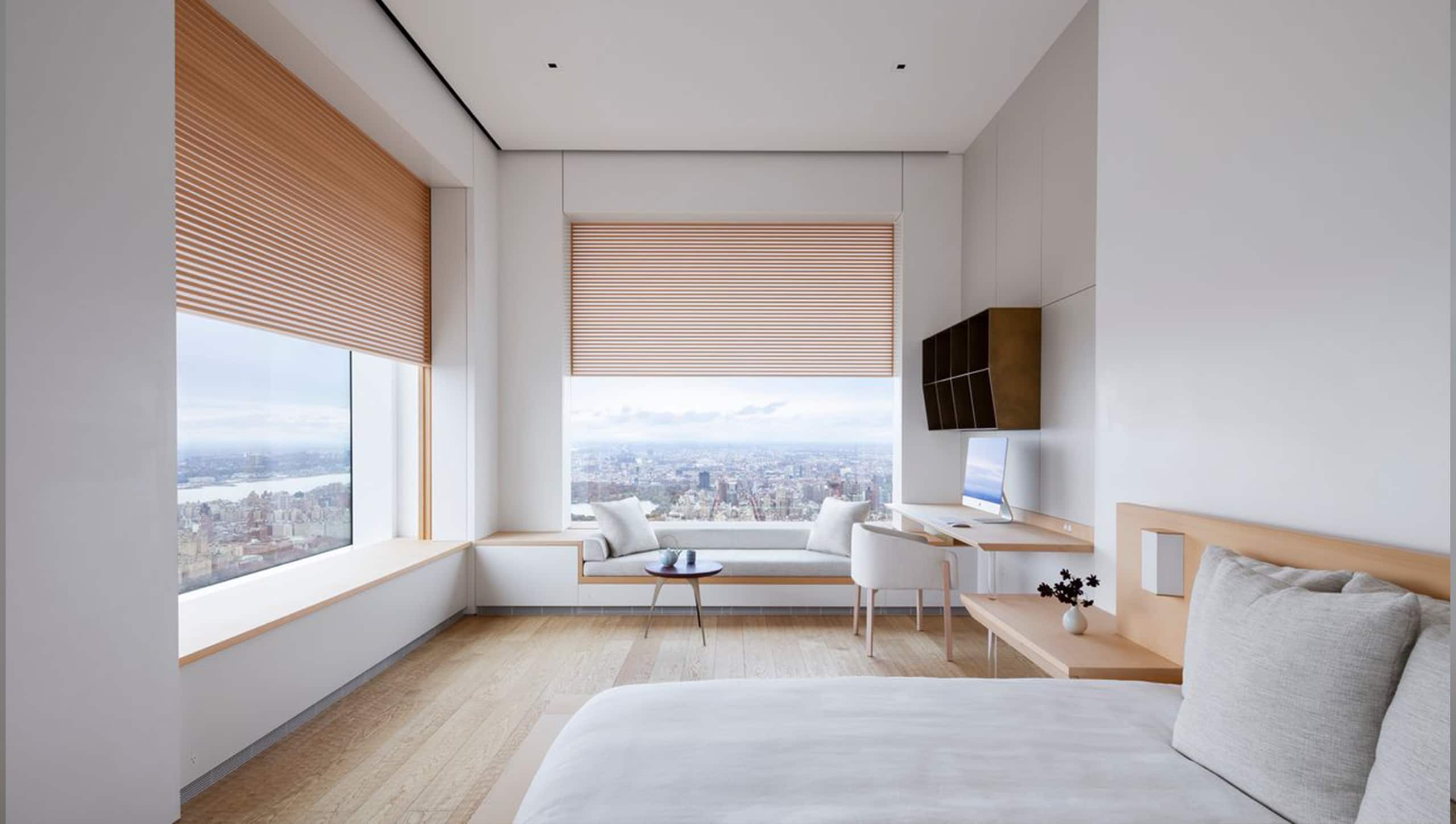 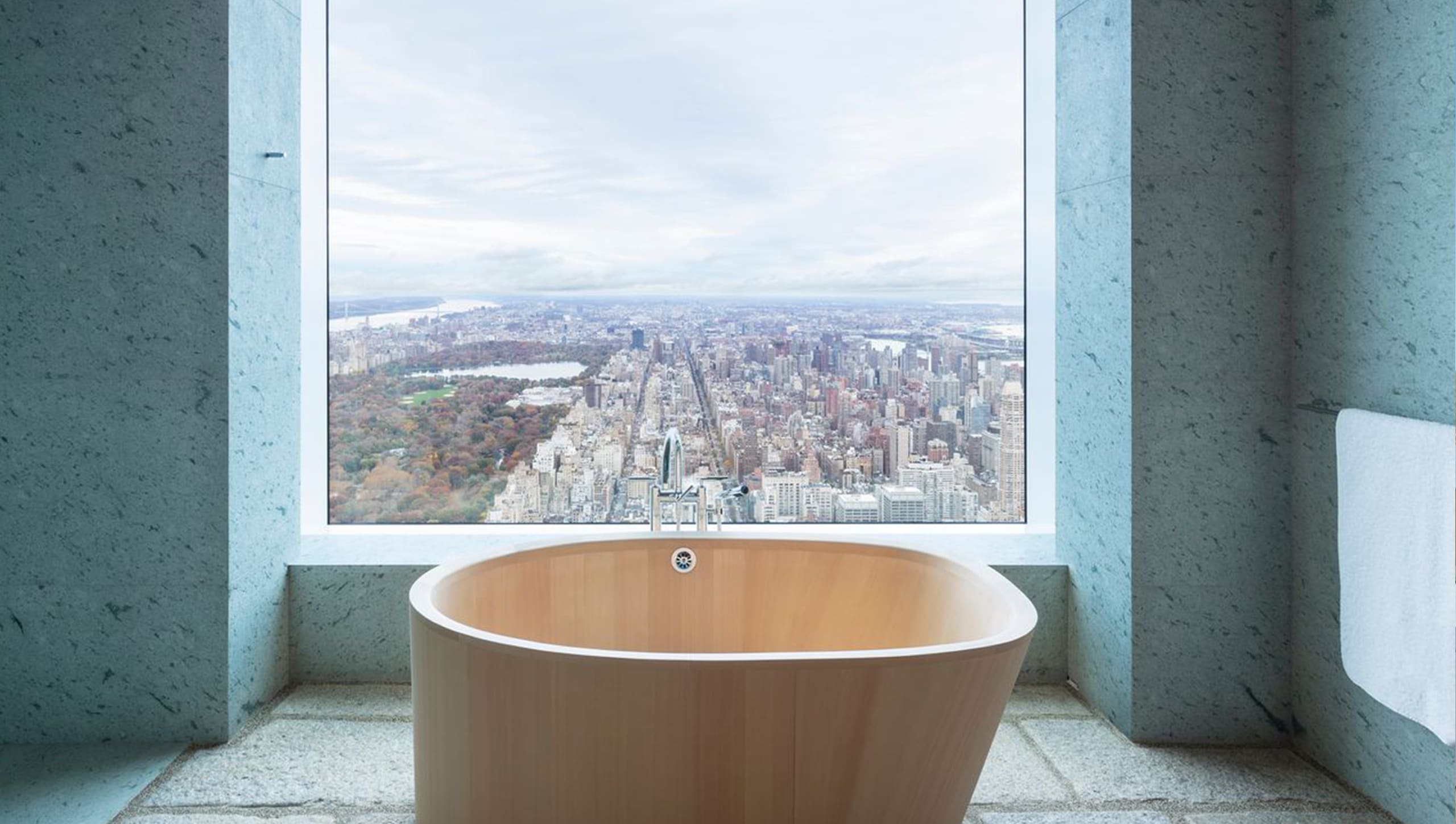 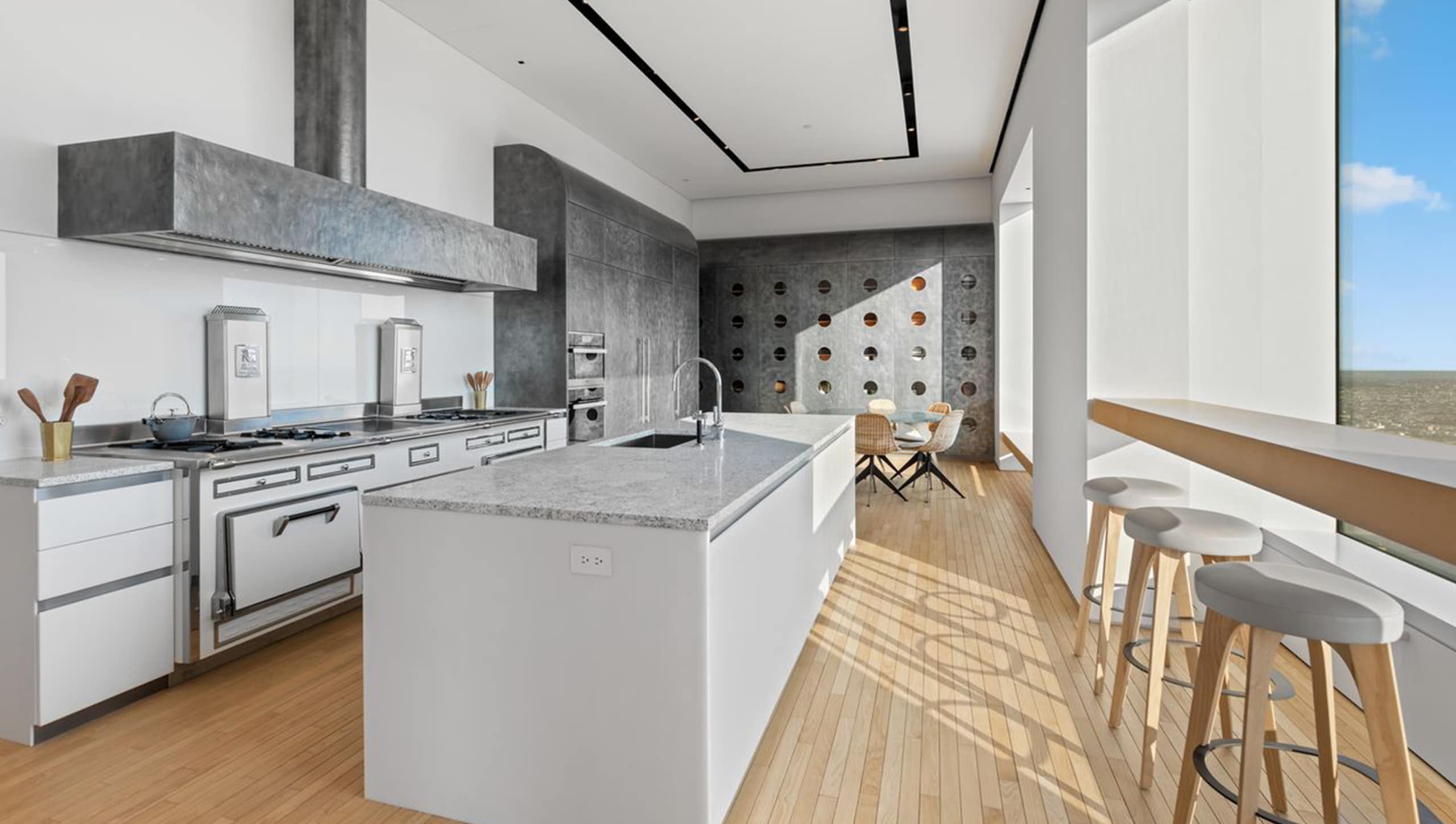 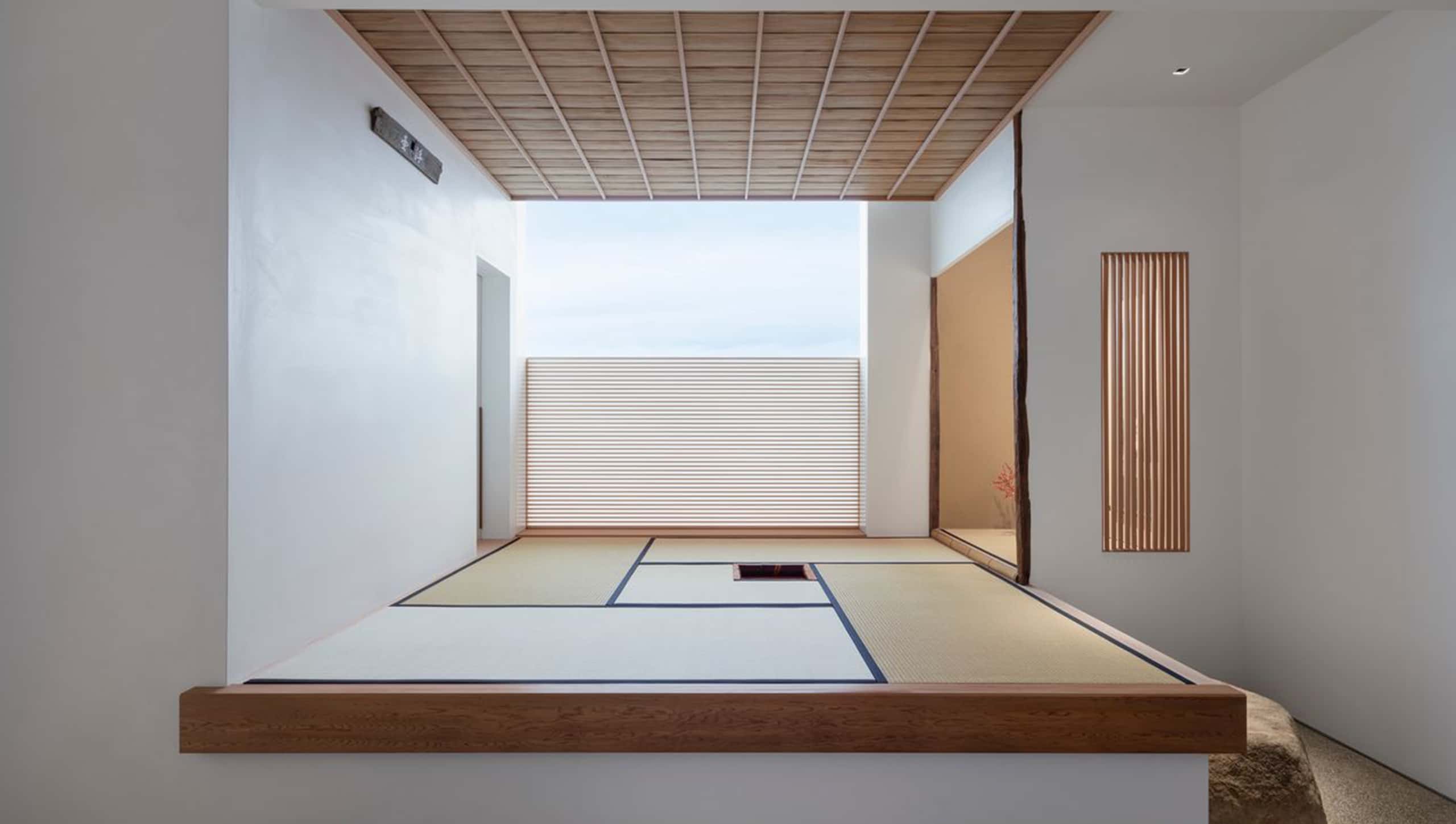 A full-floor residence at 432 Park Avenue with architectural pedigree has hit the market for $135 million—$76 million more than the original purchase price in 2016, Mansion Global reports. The 8,000-square-foot condominium occupies the full 79th floor of Rafael Viñoly’s Billionaires Row building, and features custom interiors by Japanese architect and artist Hiroshi Sugimoto who endowed the space with precious materials and finishes like 1,000-year-old cedar wood and an installation titled The Floating Inner Garden, which features two approximately 100-year-old bonsai trees.

The five-bedroom residence also offers custom details such as a traditional Japanese tea room; two primary bathrooms, one of which is fitted with a cypress bathtub and stone flooring salvaged from a defunct tram station in Kyoto; and custom-made furniture and light fixtures by Sugimoto. Mansion Global reports that the residence was marketed at the beginning of the year as a whisper listing, with no price made public at the time. 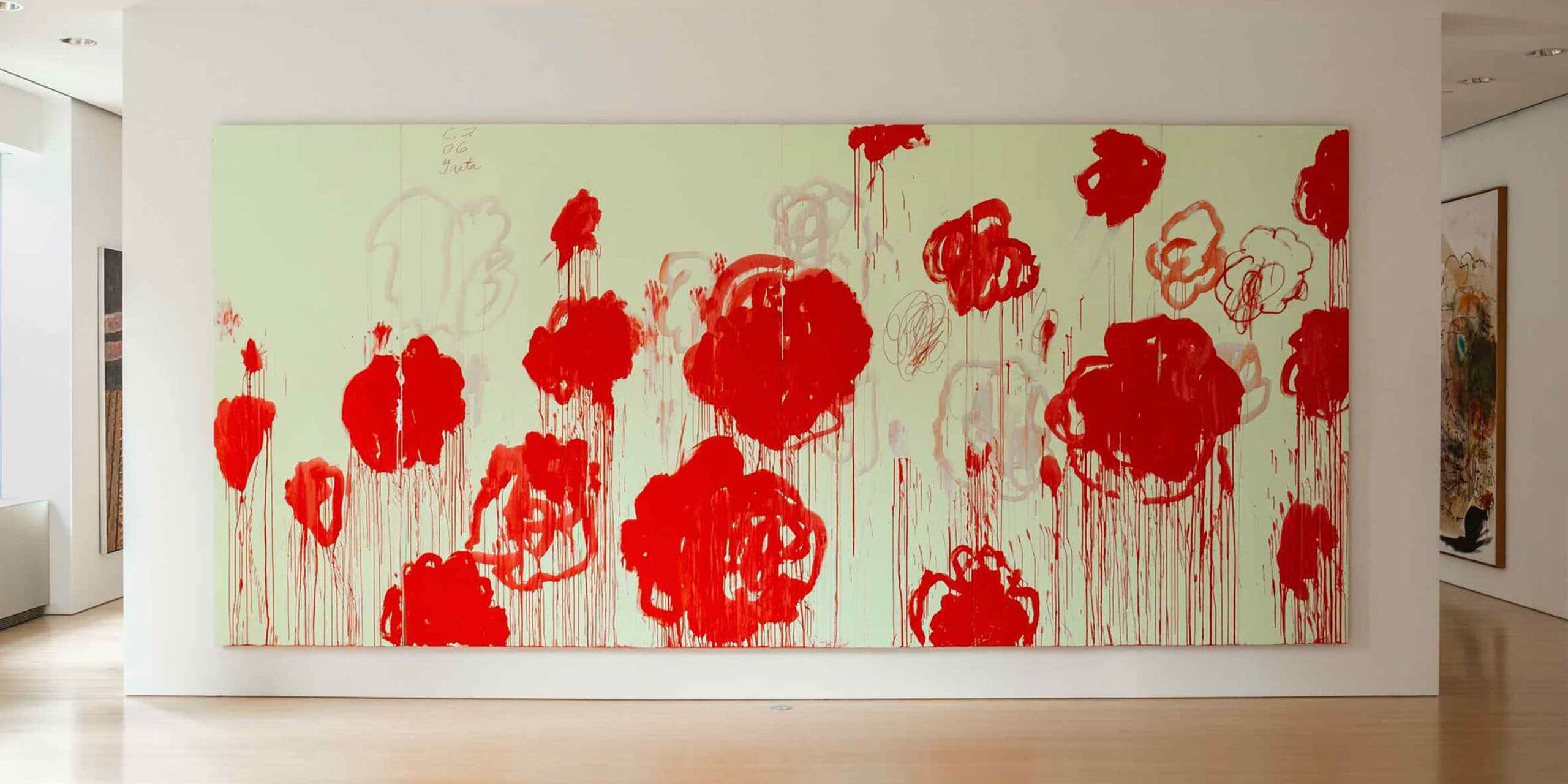 The blue-chip art collection of developer Harry Macklowe and his former wife, Linda, will come to auction at Sotheby’s with an estimated total value at more than $600 million, the New York Times reports. The collection includes works by the likes of Andy Warhol, Cy Twombly, Mark Rothko, and Alberto Giacometti that will be divided between two auctions, one in November and the other in May. The collection of 65 works is currently on view in Sotheby’s Upper East Side showrooms. Highlights from the collection will travel to Taipei, Hong Kong, Los Angeles, London, and Paris before returning to New York ahead of the November auction. 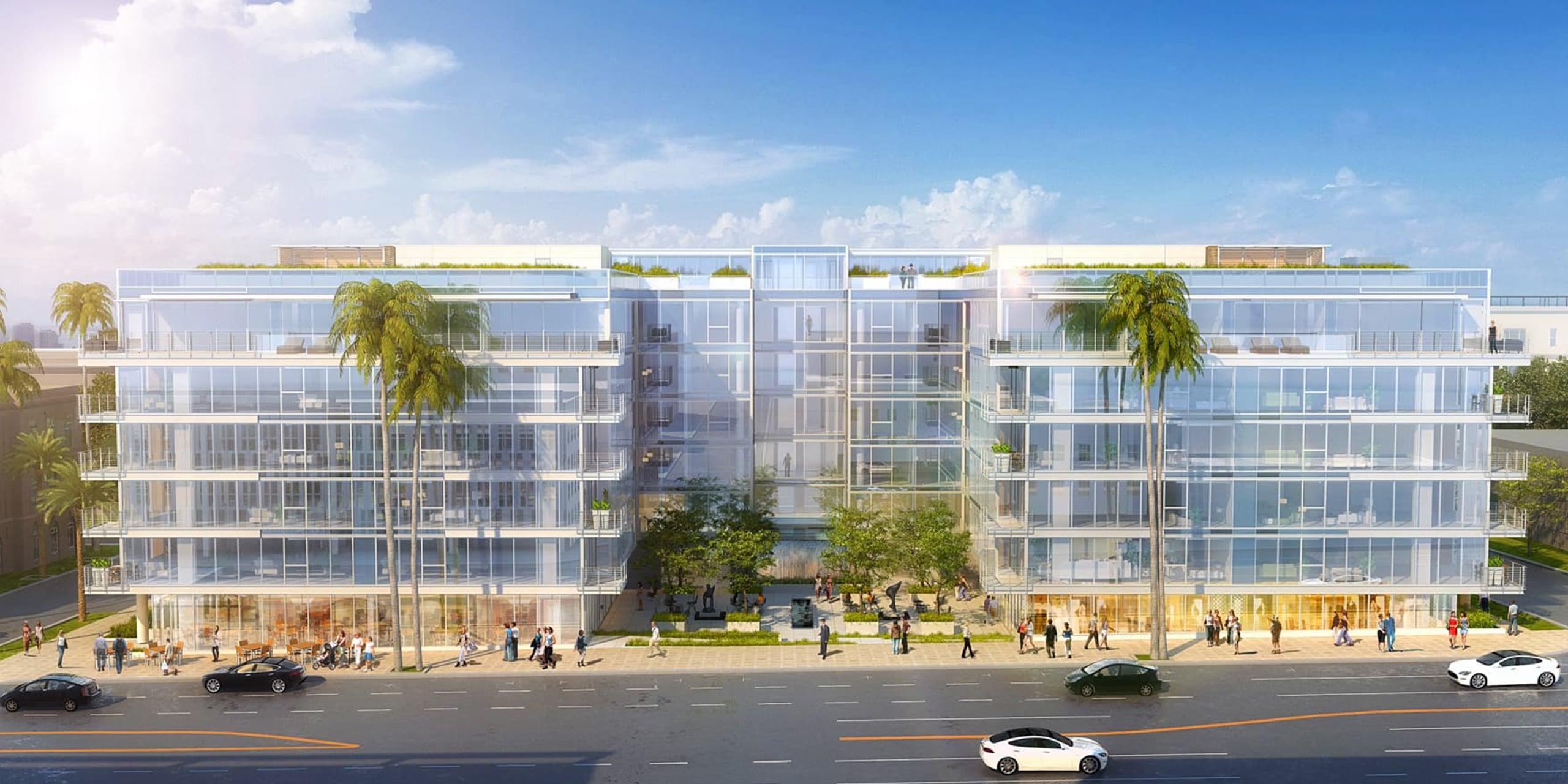 Mandarin Oriental has inked a deal to bring its eponymous brand of luxury residences to Beverly Hills in a project that developer SHVO calls “the city’s first new ultraluxury condominium development in a decade.” The Real Deal reports that the project will be Mandarin Oriental’s first residential development on the West Coast. Prices for the 54 residences will start at $3.6 million, with the development company anticipating that its two penthouses will sell for more than $40 million each. Building amenities will include a rooftop pool, a gym, and a restaurant by famed chef Daniel Boulud. The building’s first residents are anticipated to move in during the second quarter of next year. 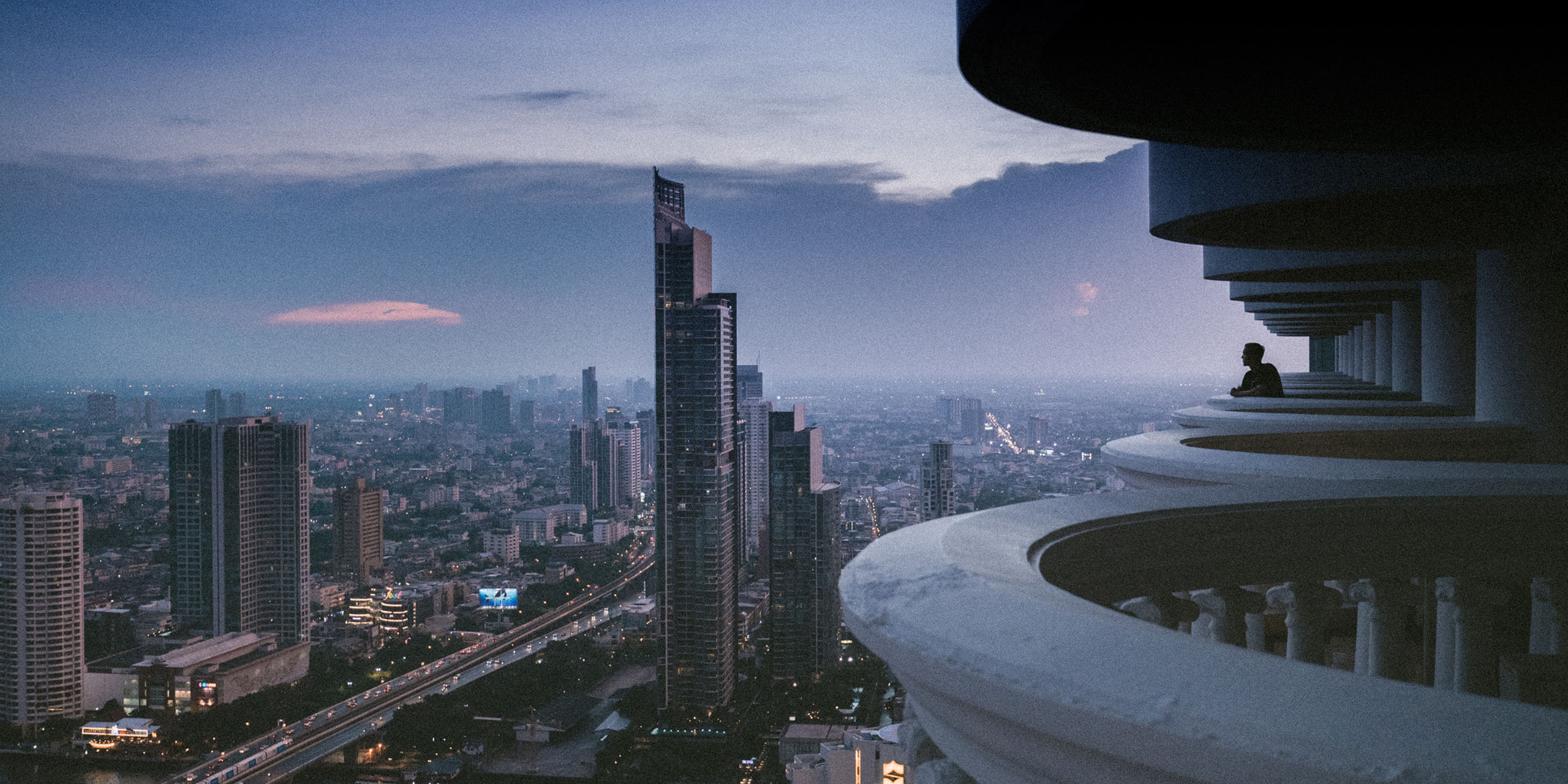 In the first half of 2021, Bangkok’s luxury house market has seen an increase in demand for homes priced at 10 million baht ($303,582) or more, the threshold that defines the Thai capital’s luxury housing market, according to Knight Frank’s Bangkok Luxury House Market Overview 1H 2021 (h/t EdgeProp). Since the beginning of the year, 13,276 units have sold of the 20,018 available in the 224 projects with residences priced at 10 million baht or more, representing a sales rate of 66%. In the luxury sector, demand has been greatest this year in homes priced from 10 million to 20 million baht. The sector’s success is attributed to homebuyers whose financial well-being has been less affected by the COVID-19 pandemic than other segments of the population.