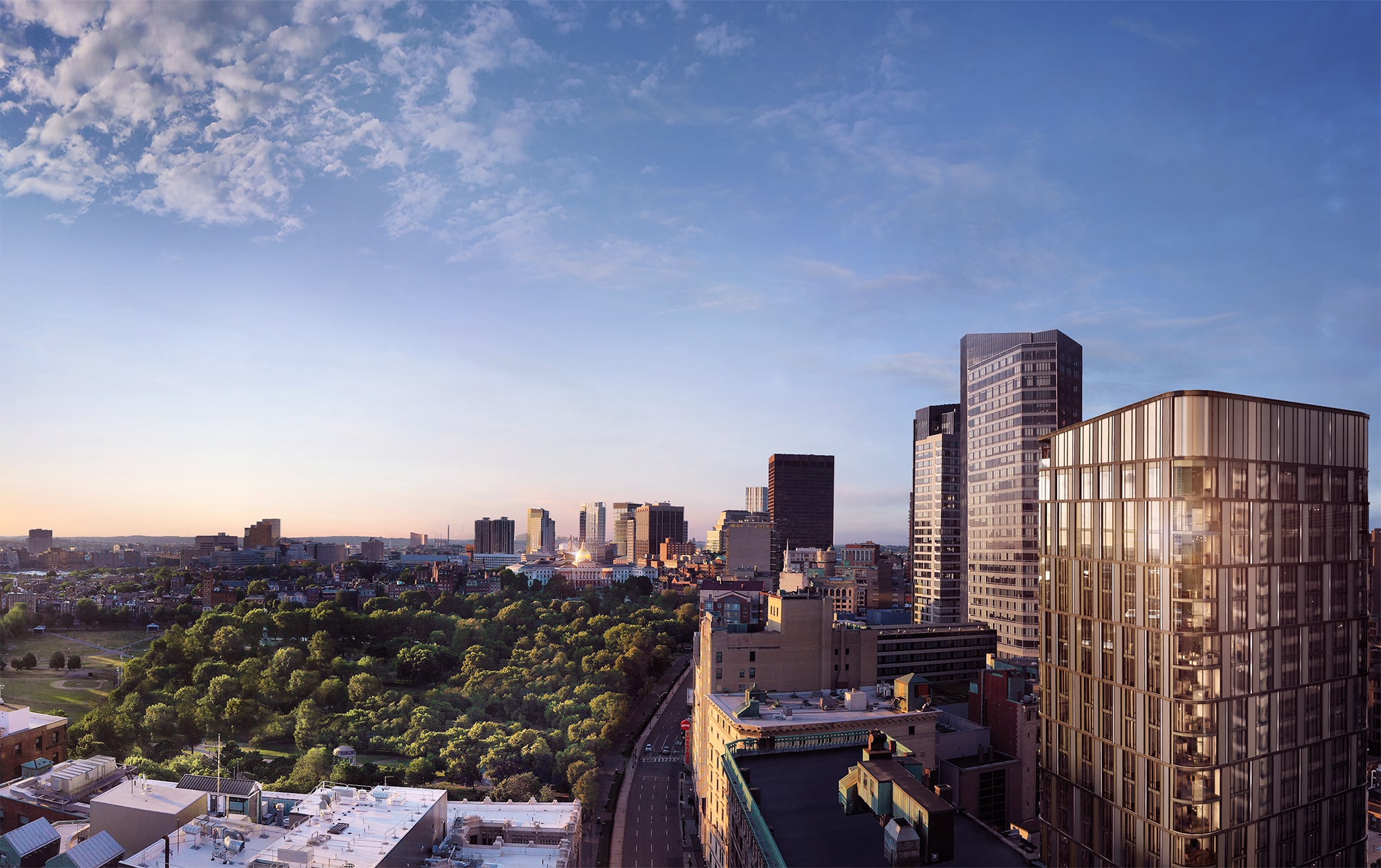 LX Collection is excited to launch Boston, Massachusetts as our newest market for luxury condominium coverage. With some of the best educational institutions in the country (think Harvard, MIT, and Boston University), a surge in tech companies setting up headquarters in the city, a broadening population of high-earning employees, and growing demand for luxury homes, Boston is emerging as a place for new full-service developments with enviable amenities to match.

Home to more than 650,000 residents, Boston is lauded by U.S. News as one of the top 20 best places to live in the country, offering a small-town vibe with all the perks of city living. Branded residences from lauded hospitality names like the Four Seasons and St. Regis Residences are shaping the city’s expanding luxury scene, while The Parker—a 22-story ground-up development at the intersection of Boston’s Back Bay, Beacon Hill, and Theater District neighborhoods—is one of the city’s most high-profile upmarket projects, centered in one of the most expensive ZIP Codes in Massachusetts. Per the Greater Boston Real Estate Board (GBREB), the increase in high-end condominium developments is causing record average home prices, with the average price for a luxury apartment reaching $2.2 million in June 2022, a 16.1% increase from the previous year. 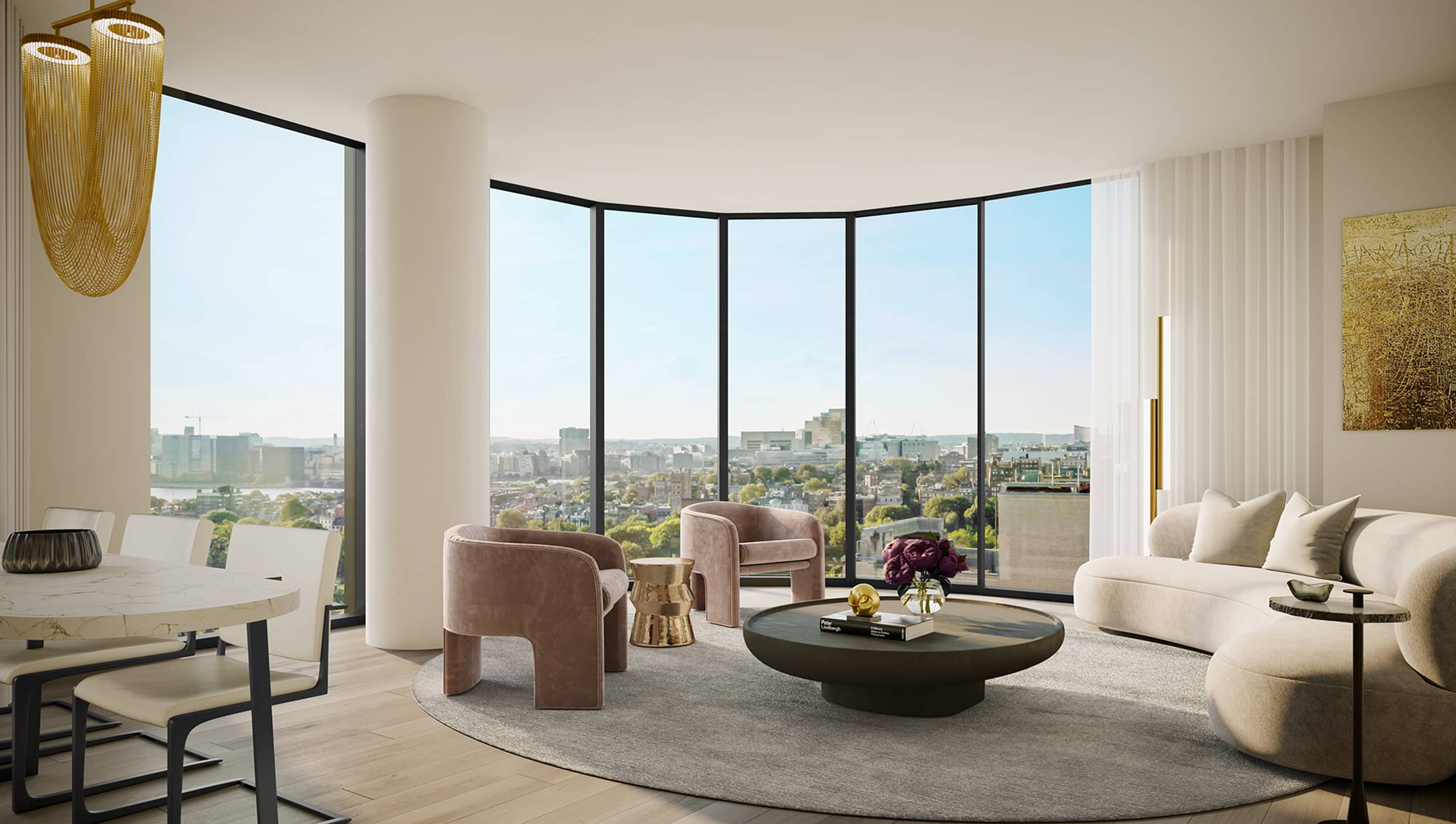 A residential living room at The Parker in Boston, MA. (Photo Credit: Courtesy of The Parker) 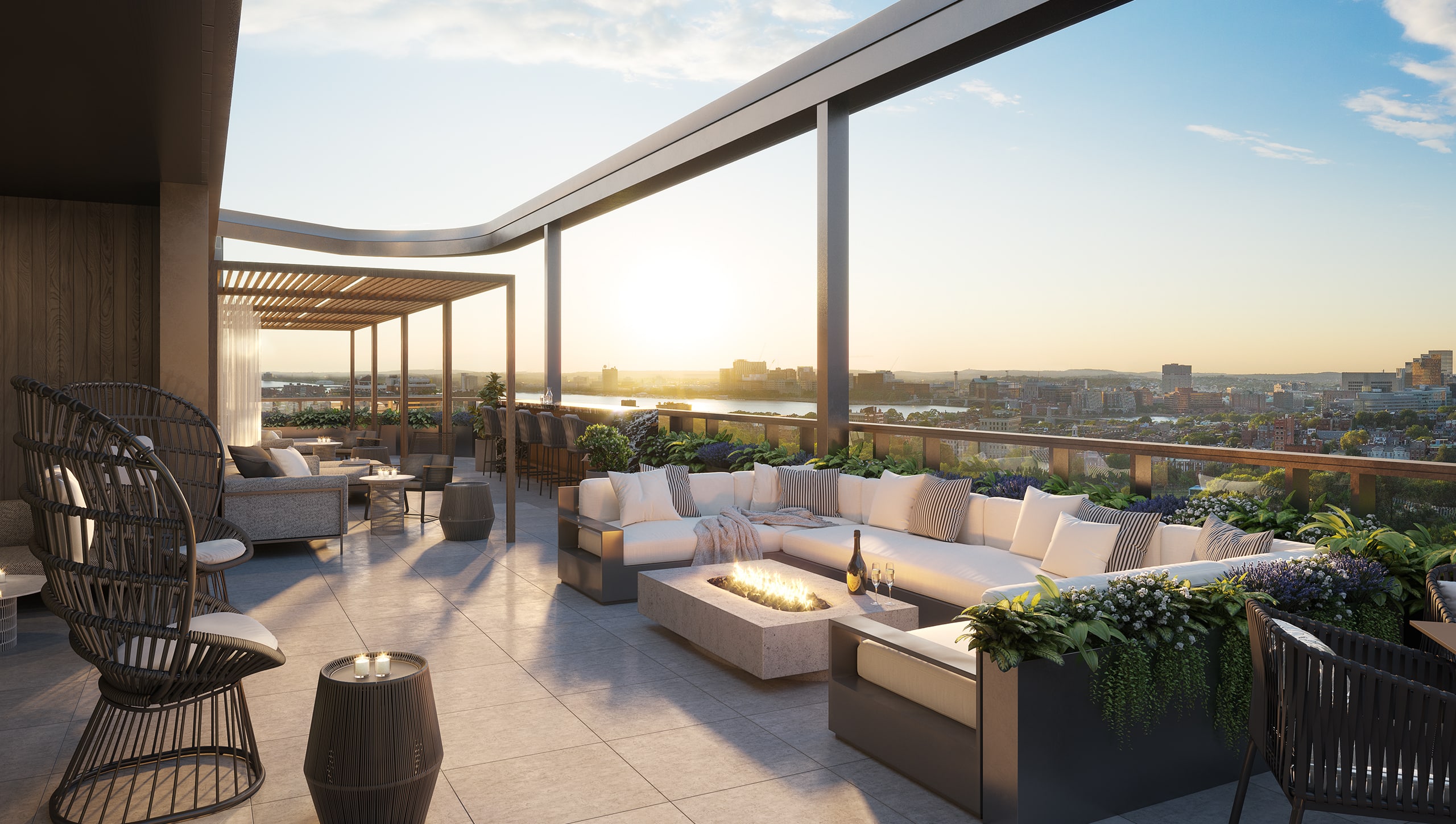 The amenity roofdeck at The Parker in Boston, MA. (Photo Credit: Courtesy of The Parker) 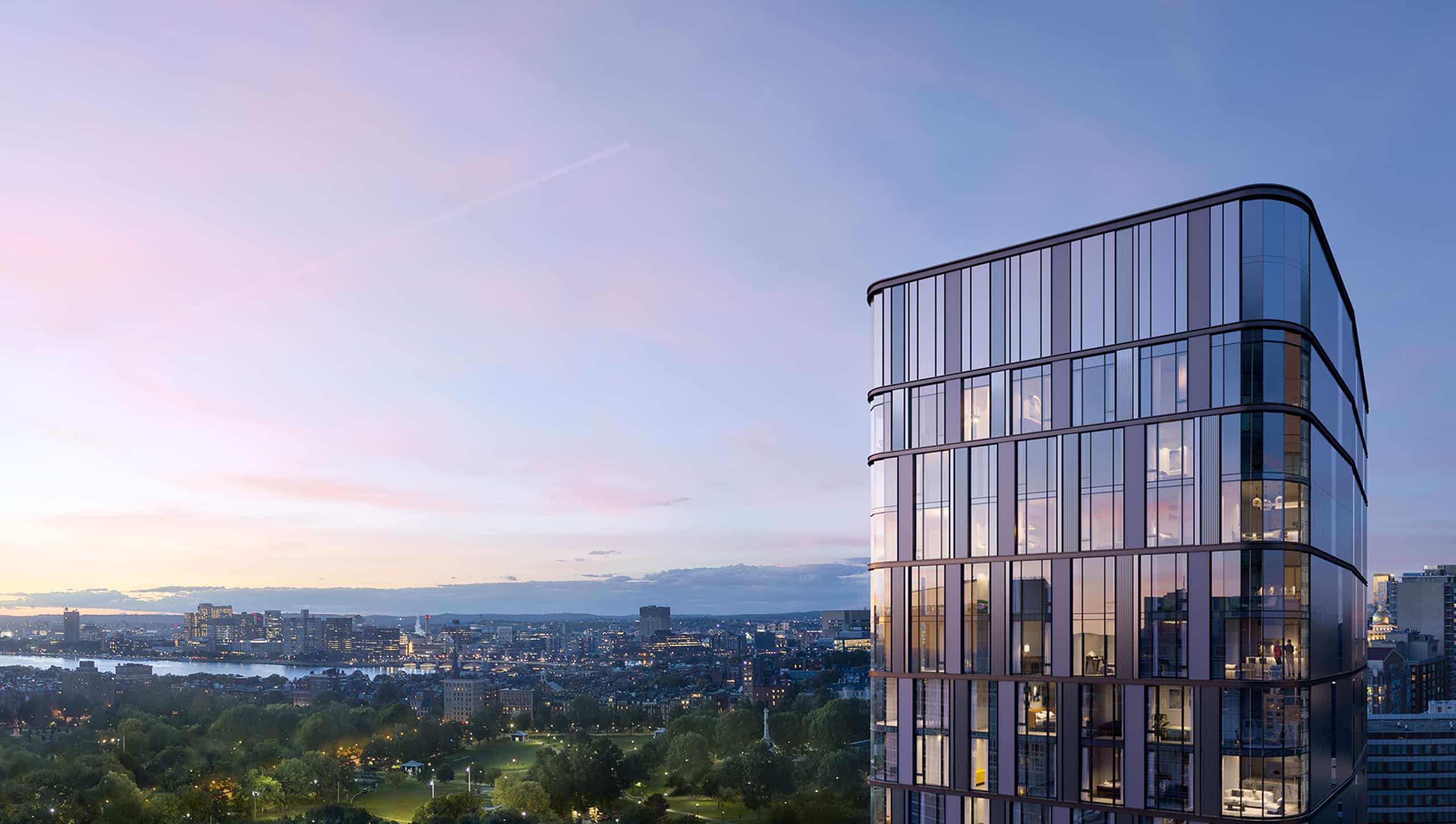 The Parker in Boston, MA. (Photo Credit: Courtesy of The Parker)

One of two neighborhoods seeing a major development boom is the Seaport District, where the Elkus Manfredi Architects-designed St. Regis Residences, Boston is taking shape as the city’s first condominium development to offer five-star branded residences without an attached hotel. The 22-story building will accommodate 114 one- to six-bedroom residences, including a collection of penthouses that overlook Boston Harbor. Additional ultraluxury projects in the Seaport District include 50 Liberty—another Elkus Manfredi Architects-designed tower—which features 120 waterfront residences; the art deco-designed Residences at Pier 4, with its 106 condominiums; and the 109 airy homes that comprise 22 Liberty.

The city’s historic Back Bay neighborhood has also emerged as a prime location for new developments, with the Four Seasons Hotel and Private Residences, One Dalton Street soaring 61 stories high as the city’s tallest residential building. Designed by the late Henry N. Cobb of Pei Cobb Freed & Partners and Gary Johnson of CambridgeSeven, the 742-foot skyscraper is LEED Silver certified and offers 160 one- to three-bedroom residences on floors 26 through 61, including a series of penthouse flats and estates. The Four Seasons joins other projects like The Parker, Raffles Boston Back Bay Hotel & Residences, and the Residences at W Boston. 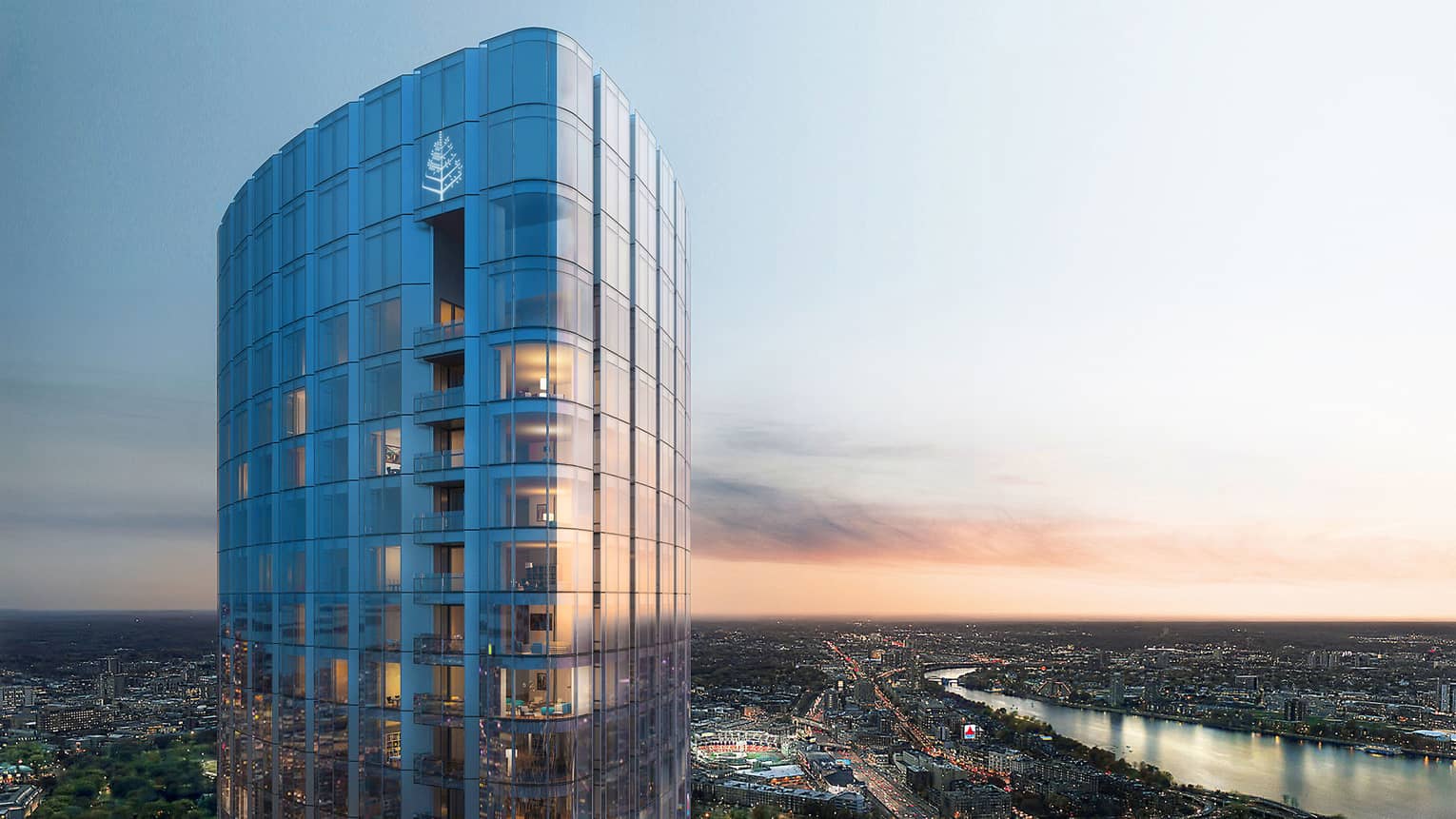 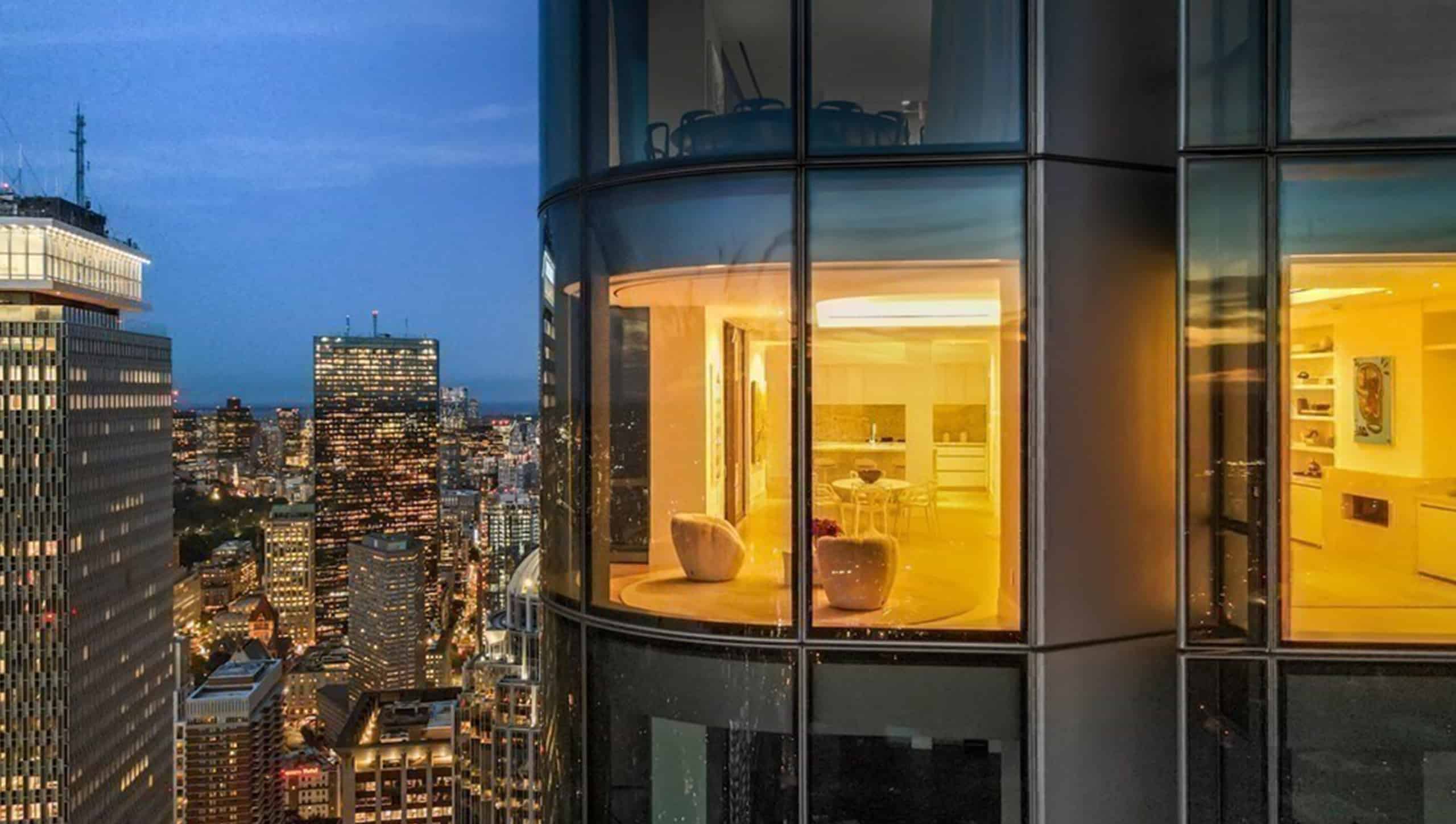 Of course, other neighborhoods throughout the city are welcoming luxury condominiums as well, like The Quinn in Boston’s South End and the highly regarded Millennium Tower Boston, located in Midtown and completed in 2016. With more projects coming down the pipeline, LX Collection will be on top of all things new and exciting happening in Boston’s growing luxury market, so stay tuned! 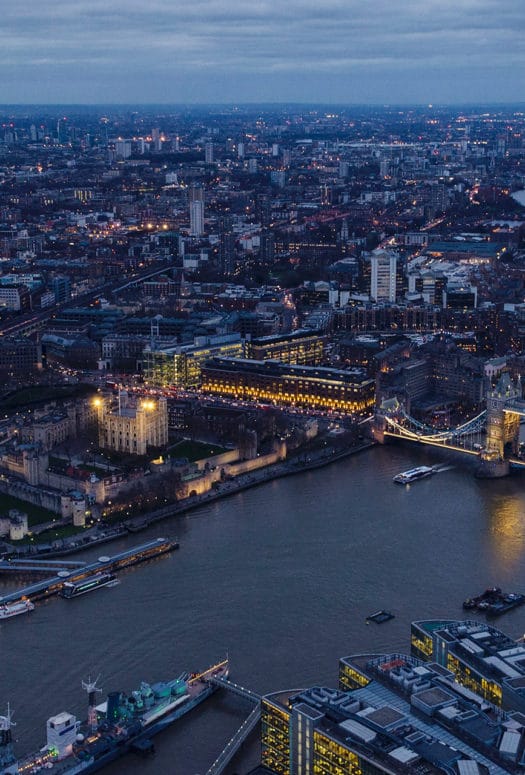 London has been expanding for centuries, but right now, property developments are taking advantage of some exciting core themes, including land reclamation, the revitalization of historic properties, new buildings taking their cue from the old, and the renaissance of the garden. 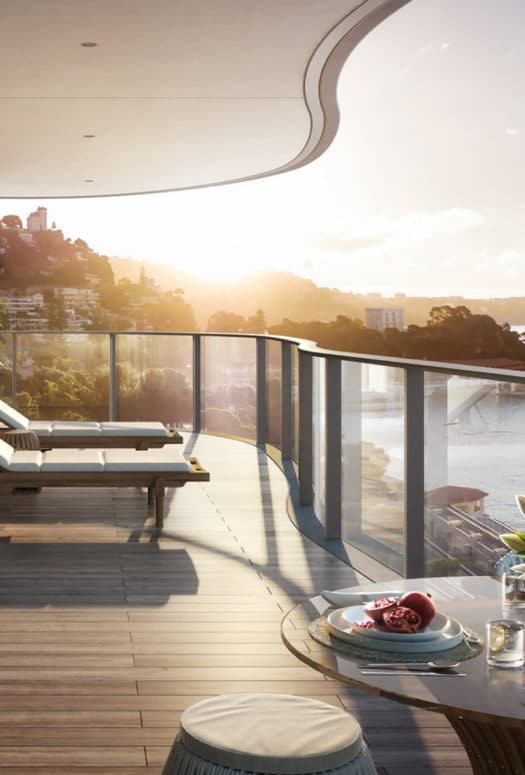