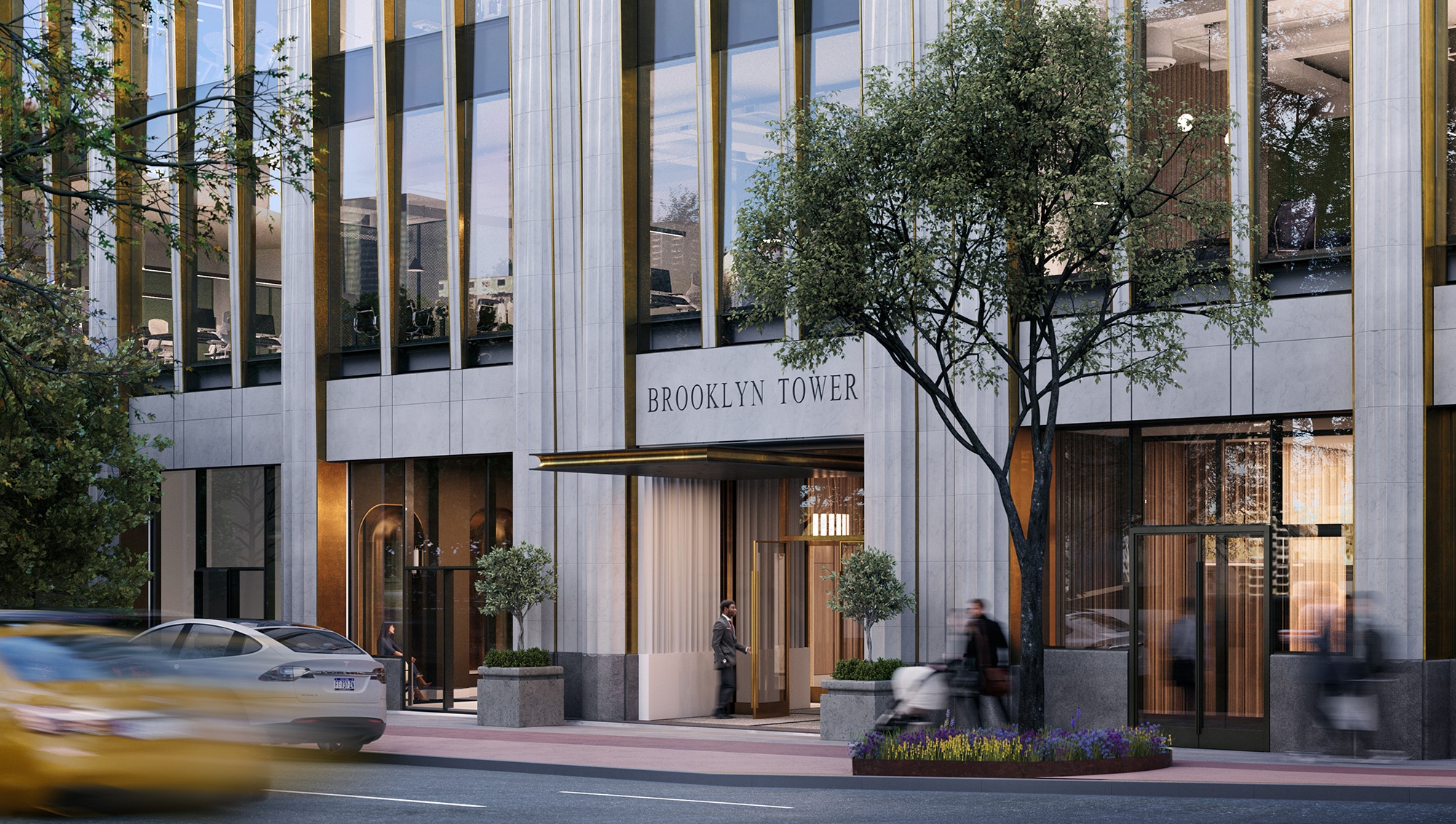 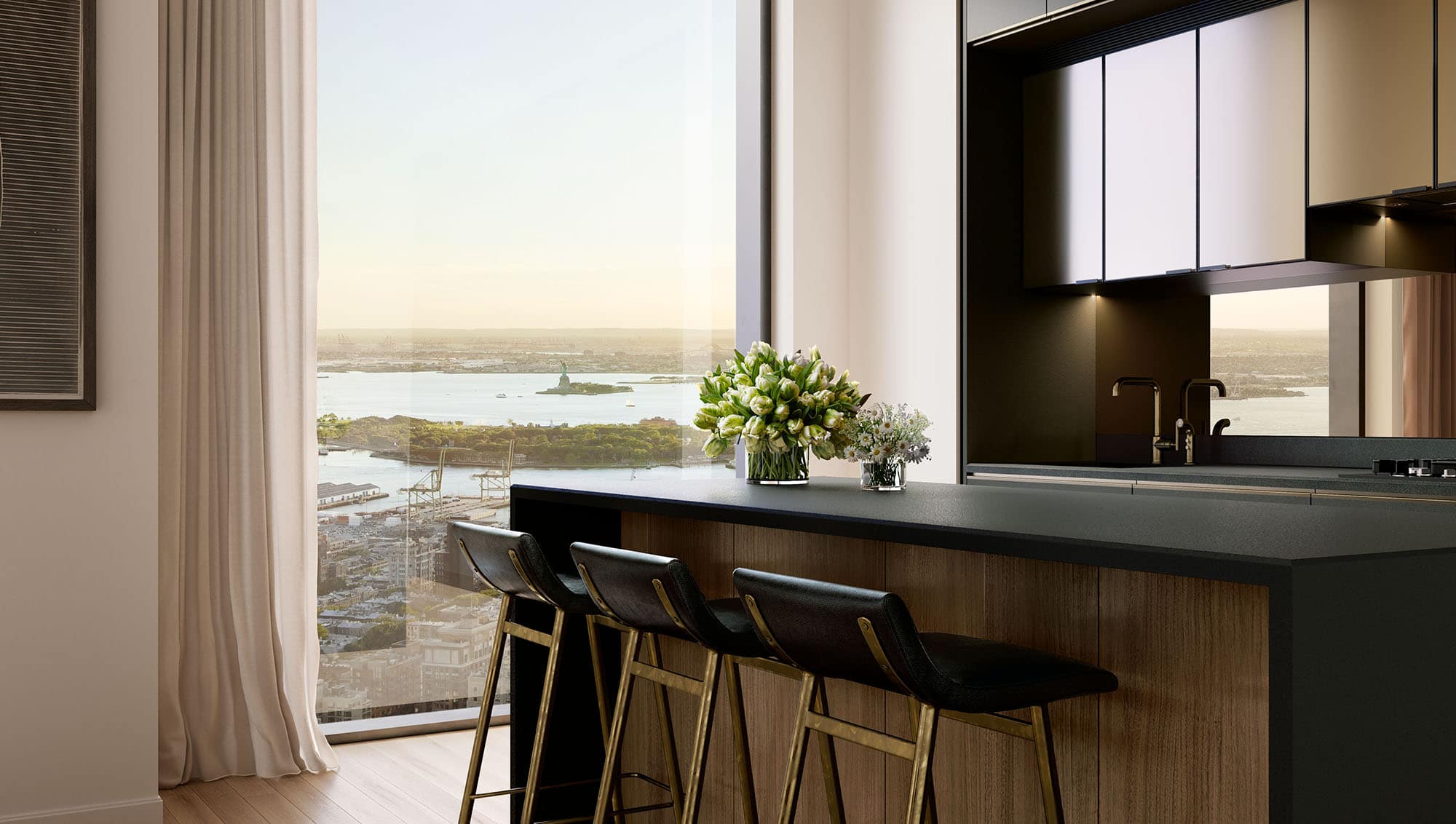 Brooklyn’s new mixed-use skyscraper, The Brooklyn Tower, has unveiled its first set of listings for its 150 condominium residences, starting on the 53rd floor of the 93-story supertall. The newly listed apartments include a 438-square-foot studio, touted as the “highest studio ever listed in Brooklyn” due to its location on the 71st floor, at 712 feet in elevation; a one-bedroom corner residence with 700 square feet of space, asking $1.505 million; and a two-bedroom, two-bathroom corner residence going for $2.6 million. There’s also Penthouse 88 North—a four-bedroom, four-and-a-half-bathroom abode, asking $6.075 million, situated at 880 feet in the sky.

All residences are designed by Gachot Studios and feature floor-to-ceiling windows, white oak flooring, custom kitchens, and appliances by Miele. Closings are anticipated to begin in early 2023. 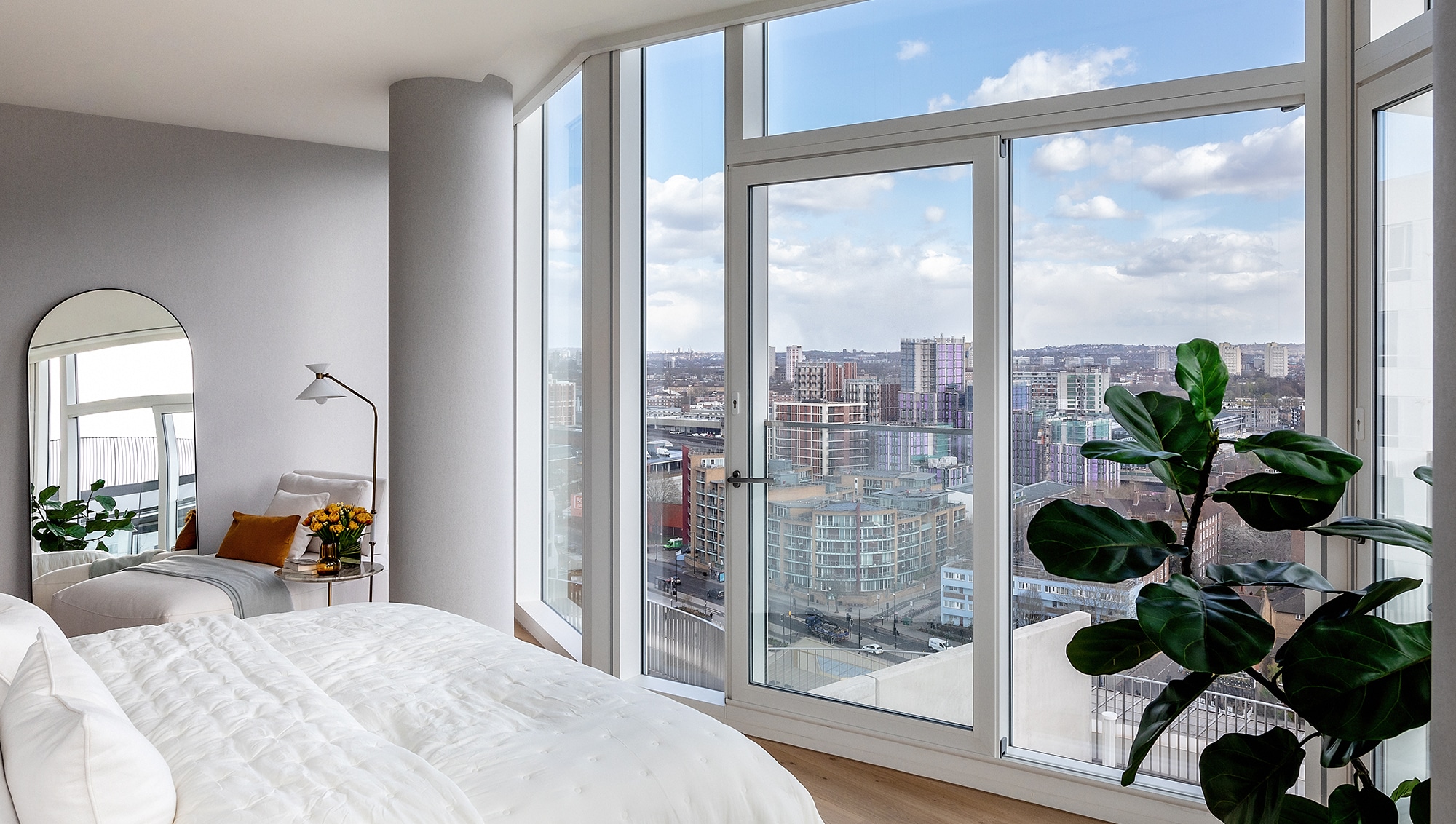 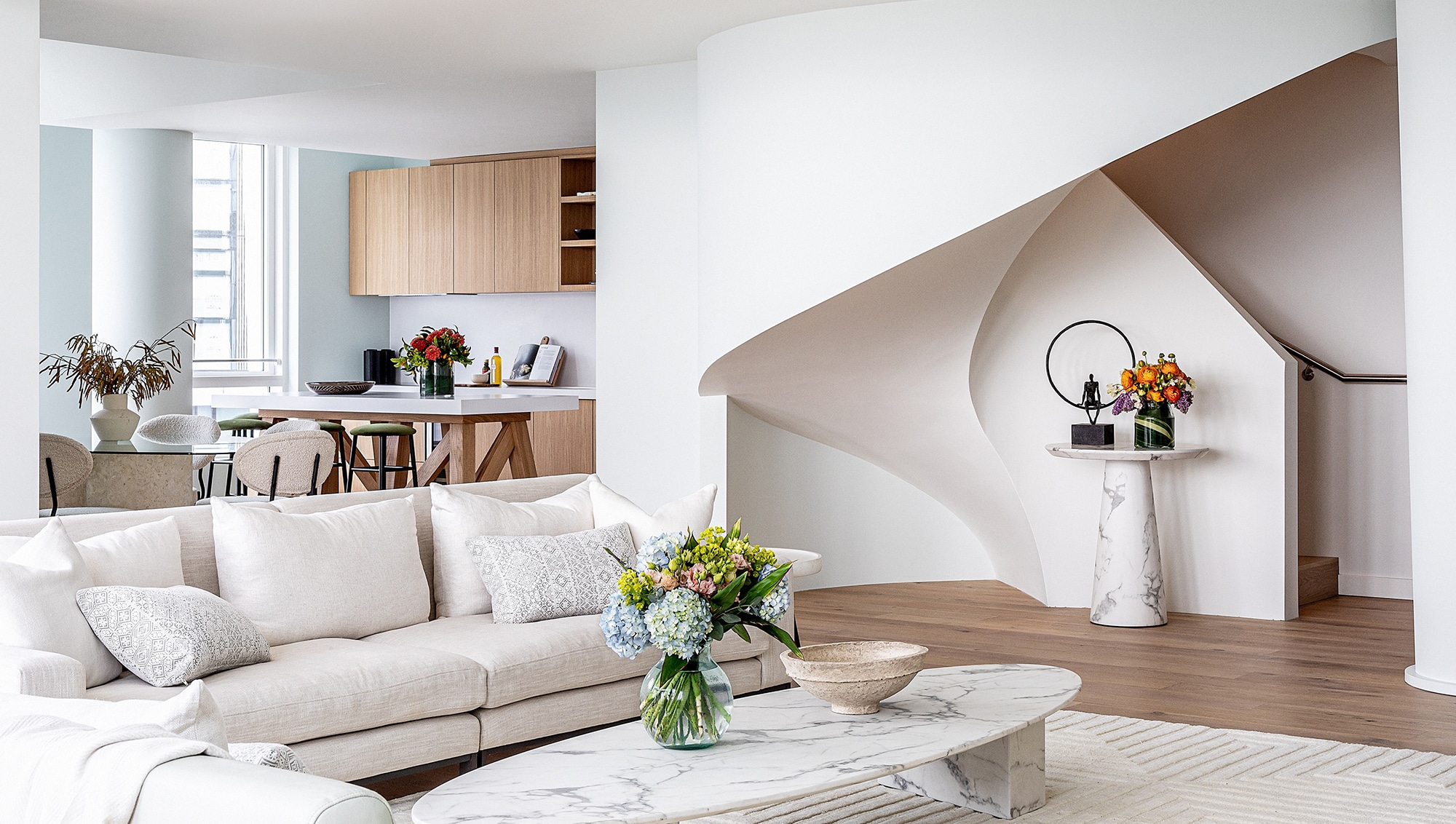 Frank Gehry’s long-awaited first residential buildings in the UK have finally welcomed residents, Hypebeast reports. The Prospect Place buildings, located at London’s iconic Battersea Power Station, consist of 308 studio to four-bedroom residences, all with a unique open-concept layout, views of the Power Station, and access to either a winter garden or a terrace. Gehry Partners designed two color palettes for the interiors—the first is dubbed “London” and draws inspiration from the city’s history and architecture, using metallics and textures that hark to the site’s industrial past, while “LA” uses pale wooden finishes and lighter colors for a sense of “adventure and excitement,” according to the building’s website.

“I love London,” said Gehry in a statement. “It has culture, history and diversity and the buildings we have created at Battersea Power Station are designed to stand artfully on their own amongst all of that, whilst also framing an internationally recognised icon.”

The redevelopment of the power station also includes a retail component and a new playground named Prospect Park. Prices for available listings in Prospect Place range from £995,000. 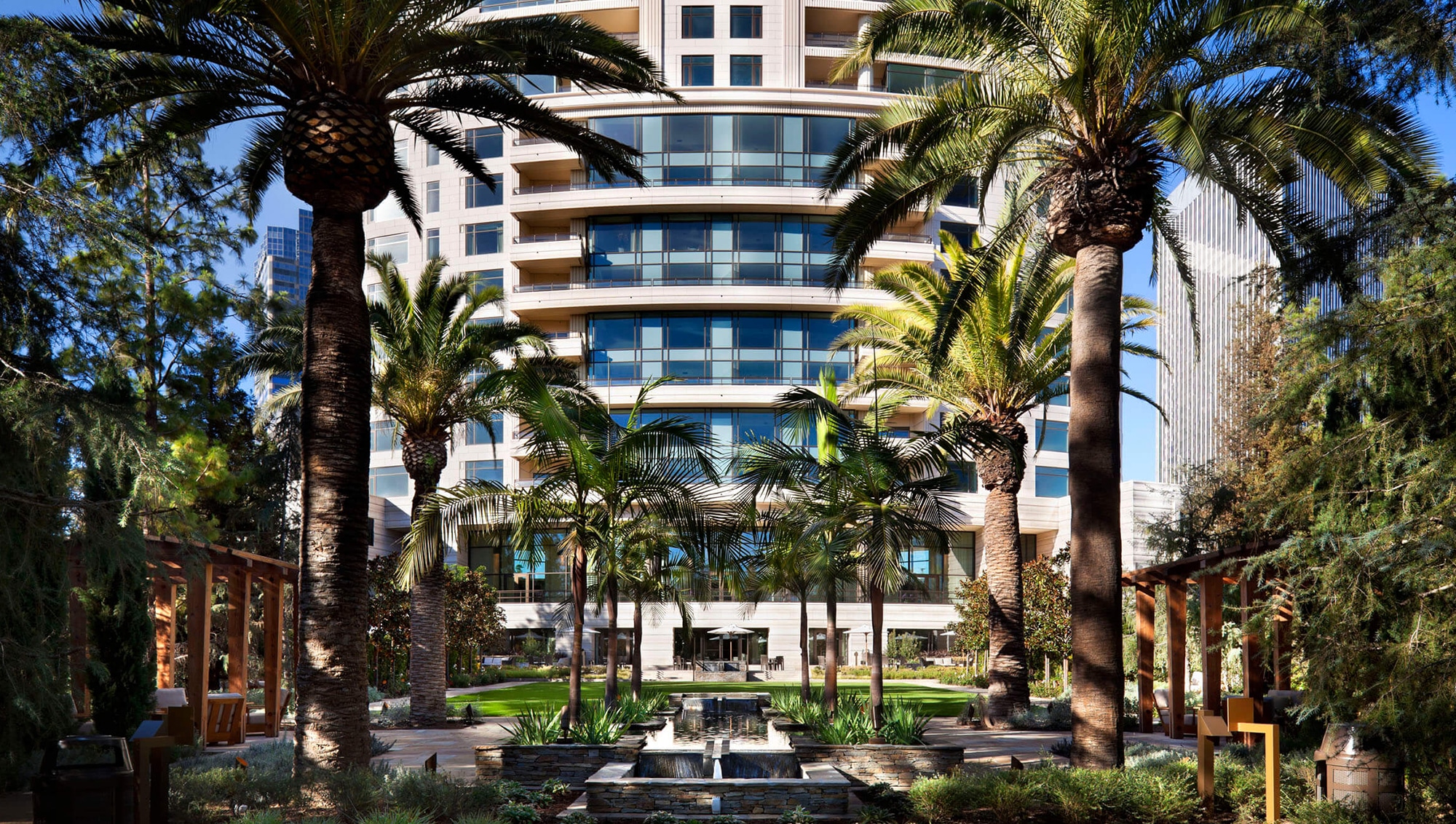 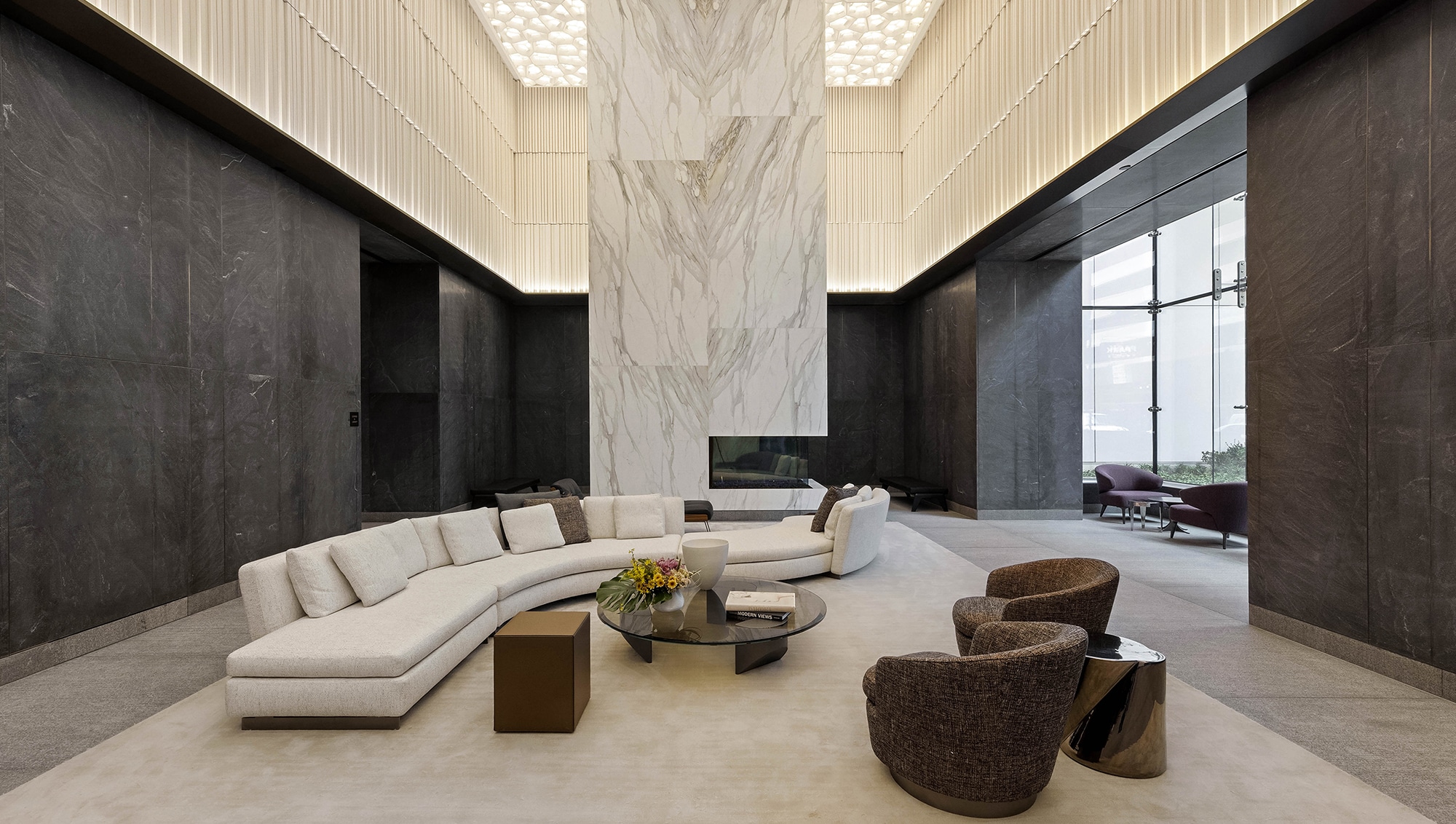 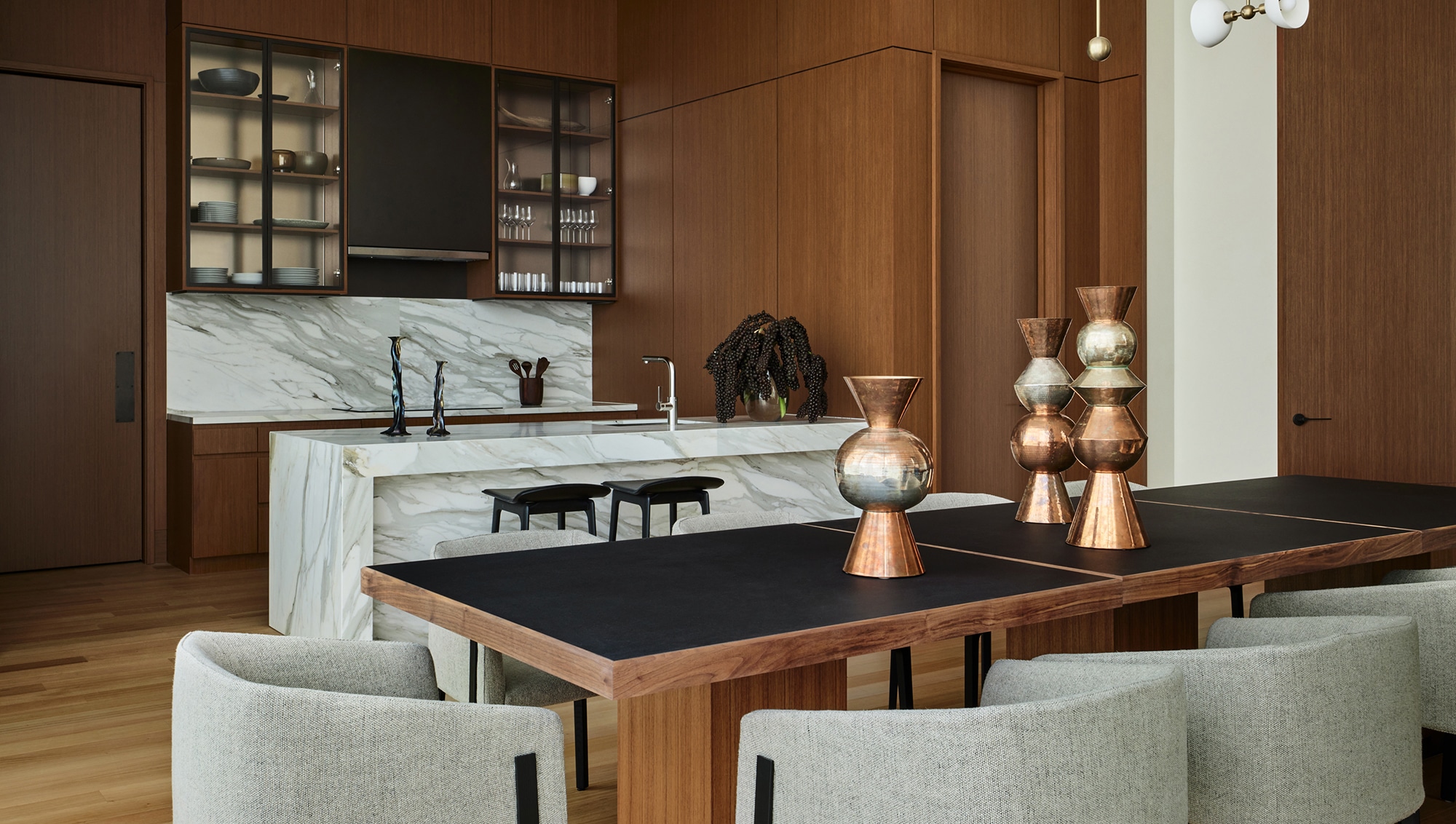 Gachot employed the same warm, minimalist approach to the building’s amenity spaces, capitalizing on the abundance of natural light and stunning views. The double-height private lounge, private dining suite, conference room, and billiard room all make use of warm woods and custom details, while the lobby displays twin fireplaces and a library/lounge with a glass-encased garden for year-round enjoyment. 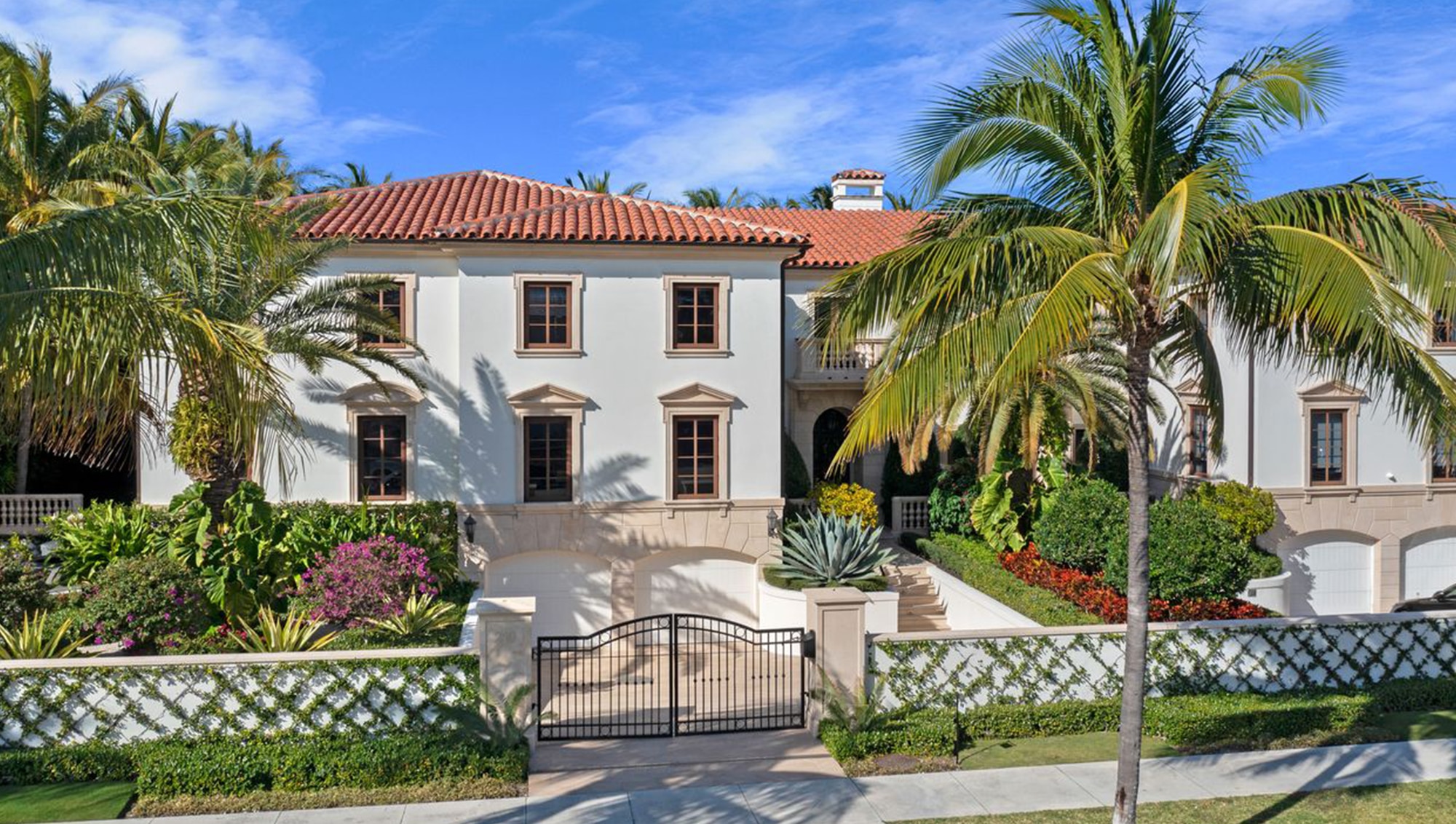 In Palm Beach, Florida, an expansive 5,098-square-foot condominium resembling a townhouse has sold for a whopping $18.6 million, setting a new condo sales price record for the area. According to Mansion Global, the home is located in the Palazzo Villas, a boutique development with four residences, and offers four bedrooms, six bathrooms, a private heated pool with a spa, and a two-car garage. The previous price record was set in March by another residence in the same development, which sold for $17.8 million. Plus: NoMad Hotel will bring its first residential project to Miami; an Upper East Side penthouse with an expansive roof terrace asks $33 million; and more.