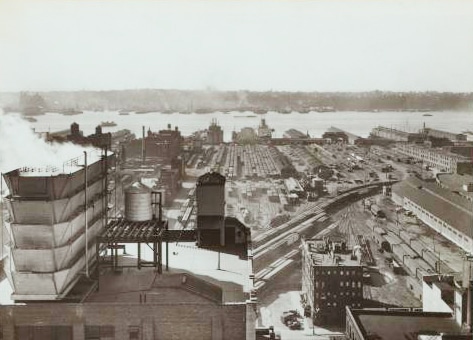 Where once there was a rail yard, there is now Hudson Yards, a sprawling new development on Manhattan’s far west side.

For more than three decades, the six-block area bound by West 30th and West 33rd Streets and 10th and 11th Avenues was known as the West Side Yard, where hundreds of Long Island Rail Road cars stood still, waiting to go in service. Today, in an area that was once called “Far West Midtown,” the rail yard remains, except it is hidden under the largest private real estate development in New York City since Rockefeller Center was completed in 1940 in Midtown Manhattan.

By virtue of its location, Hudson Yards is a feat of engineering. Spanning 28 acres, the megadevelopment was built over more than 60 active railroad tracks by developer Related Companies. As such, a half dozen towers (with more to come) currently sit on a steel-and-concrete platform that is supported by over 200 reinforced-concrete columns. These so-called caissons were threaded around the existing LIRR tracks, as well as Amtrak and New Jersey Transit tunnels further below the yard. (All three train lines remained operational during the platform’s build-out.) 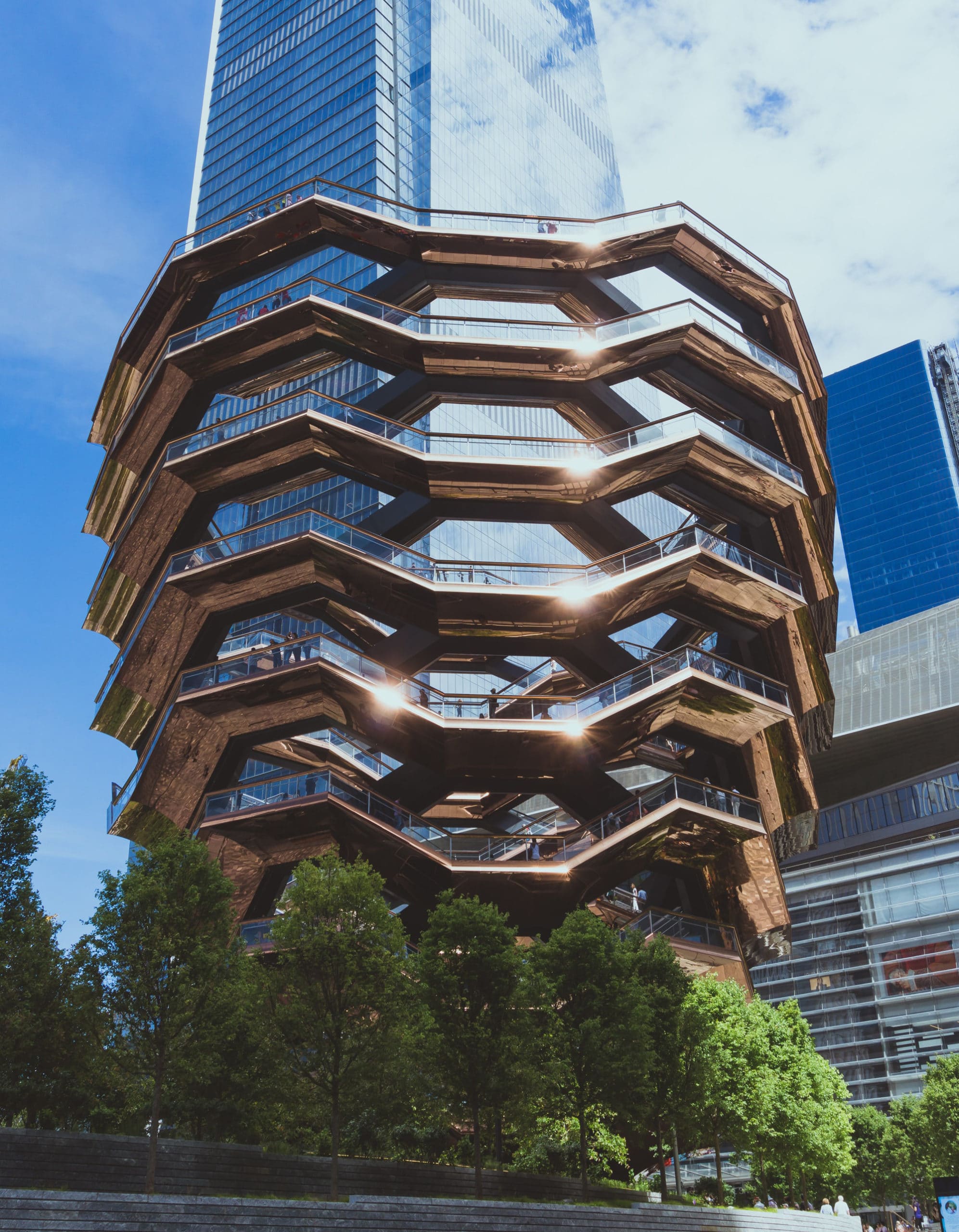 At the heart of this new development, there is a 4.5-acre open plaza punctuated by the Vessel, architect and designer Thomas Heatherwick’s eye-catching climbable sculpture, plus over 200 trees and 28,000 plants that grow above the former eyesore. In a feat of engineering, the plants sit on a cooling base akin to that of an ice-skating rink and are irrigated by a whopping 60,000-gallon rainwater collection tank.

Two years after the first of its buildings were complete, Hudson Yards has grown into a vibrant live-work complex with retail aplenty. But this corner of Manhattan could have looked very different. Throughout the years, the yards have been pegged as the site for a new Madison Square Garden (in the 1980s), a stadium for the Yankees (in the 1990s), and an 85,000-seat Olympic stadium that would later be used by the Jets (in the early 2000s, ahead of the city’s bid for the 2012 games.) In the end, the area was rezoned in 2005 to allow for mixed-use development. The site that would become Hudson Yards was dubbed the “one last frontier available in Manhattan,” and construction began in 2012.

Today, over 25,000 people live and work in Hudson Yards, and entertainment options abound. Culture vultures can attend a concert or explore an art exhibit at The Shed, the Diller Scofidio + Renfro-designed arts complex with a telescoping outer shell on the southern corner of the development. Thrill seekers can visit Edge, the highest outdoor observation deck in the Western Hemisphere, cantilevering 100 stories above ground from 30 Hudson Yards. And foodies can feast on the area’s eclectic menu at spots like Electric Lemon, Fuku, or Mercado Little Spain, the sprawling Spanish food court in The Shops & Restaurants at Hudson Yards. And when the time comes to work the calories off, there’s always the ever-abuzz High Line that wraps around the development. Once a freight-carrying raised railway, the linear park hugs the southern edge of the development and makes for a rewarding promenade lined with architectural marvels. 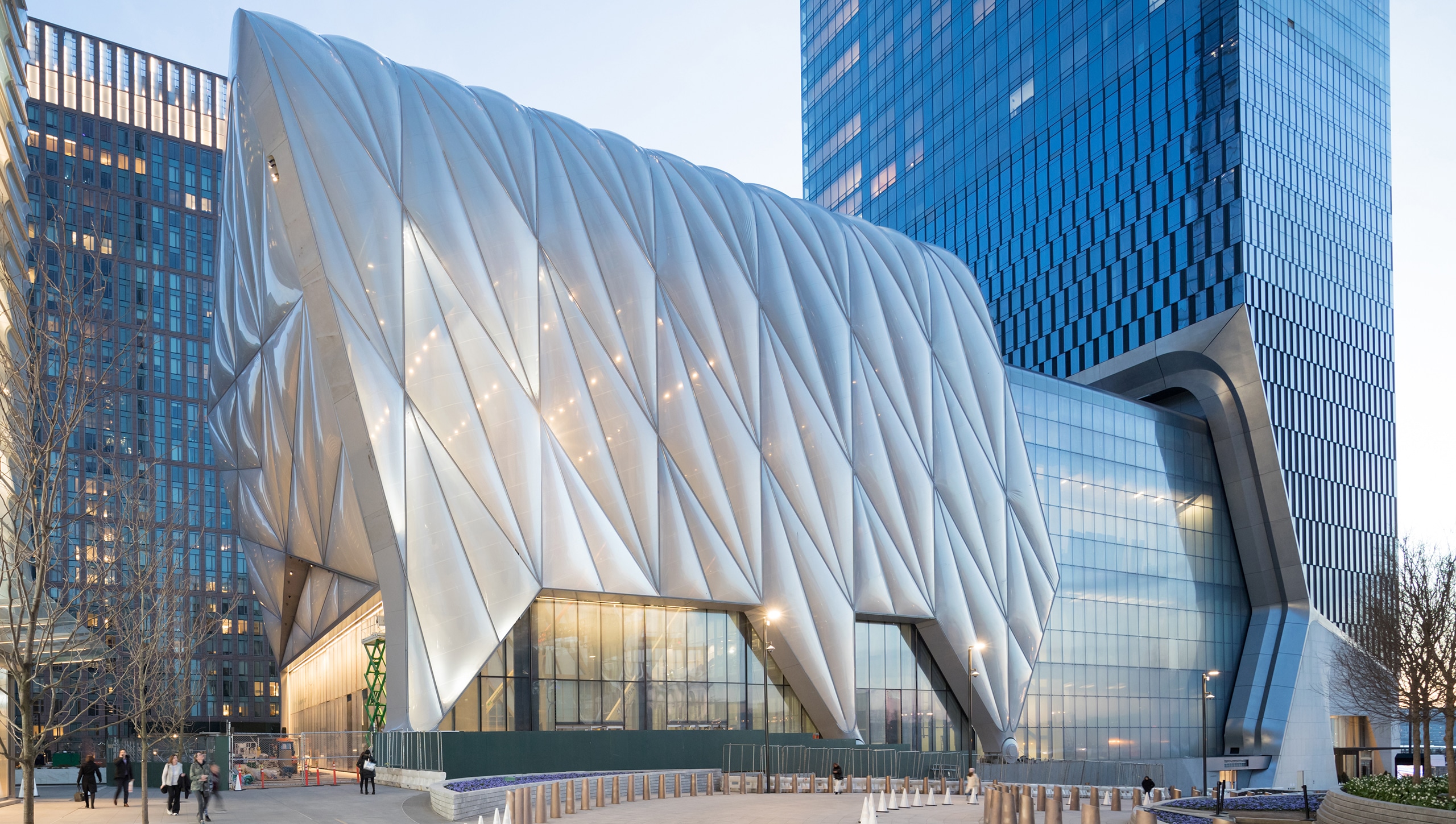 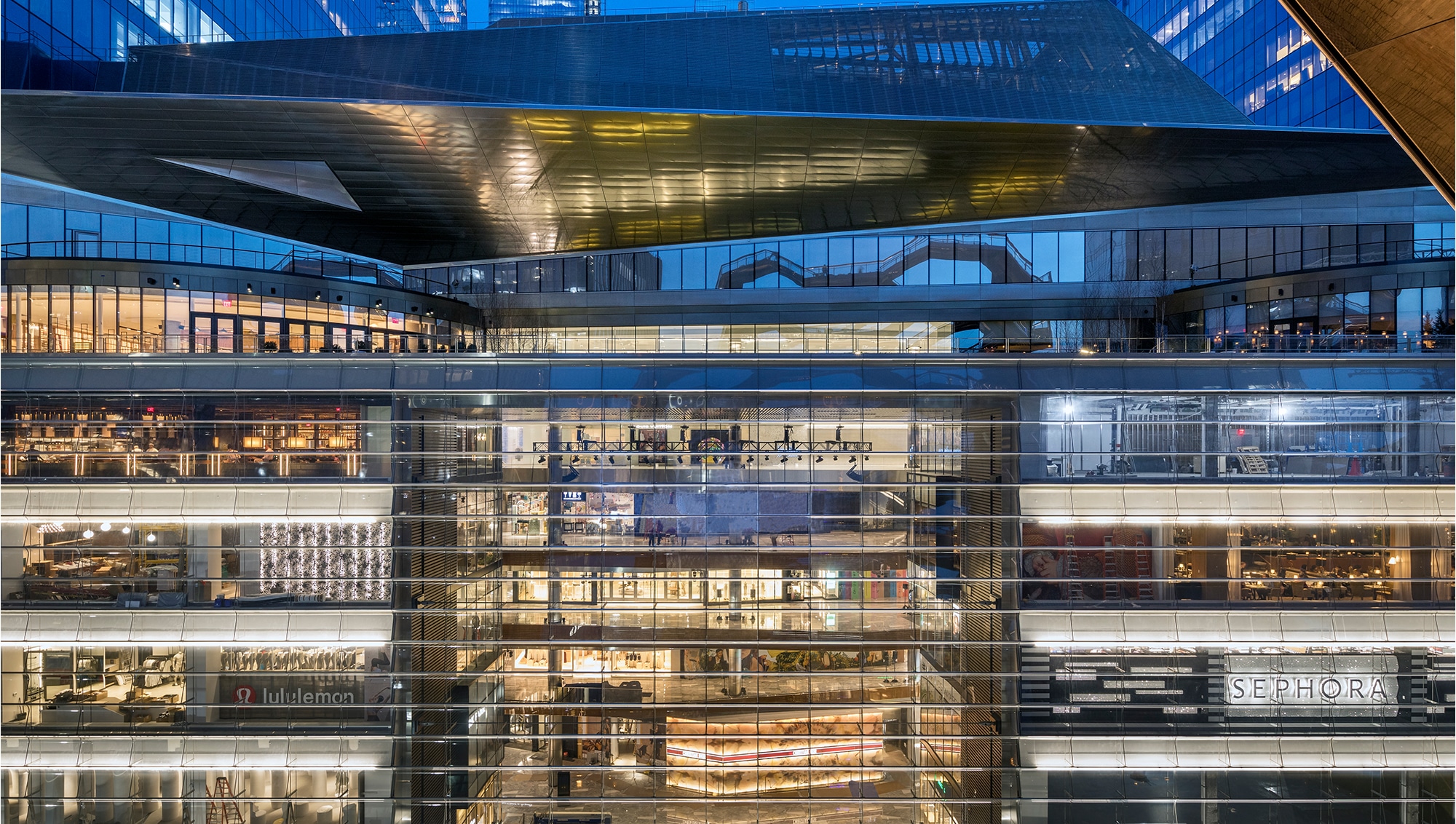 Hudson Yards itself has plenty of architecture to go around, too. At 35 Hudson Yards, the Skidmore, Owings & Merrill-designed residential skyscraper stands out with its warm limestone facade. Across the plaza, Kohn Pedersen Fox has designed two glass towers at 10 and 30 Hudson Yards. Designed as a pair, the commercial towers tilt in opposite directions: one faces the city, the other faces the Hudson River. And next year, the northeastern edge of the development will feature Bjarke Ingels Group’s Spiral, a 66-story glass office tower wrapped in a series of setback terraces that spiral up the building’s facade.

There are many more buildings coming to the area, but when the rest of the city beckons, the new 7 subway stop on 34th Street and 11th Avenue is just a stone’s throw away. As is the West Side Highway, the Lincoln Tunnel, ferries along the Hudson River, and Penn Station. 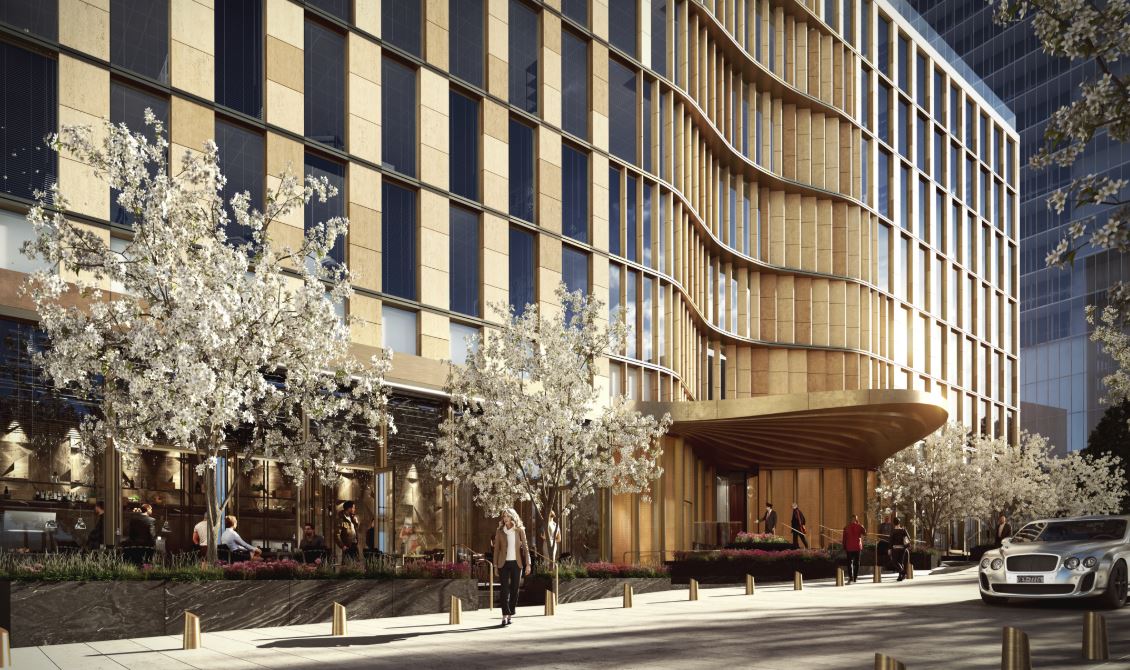