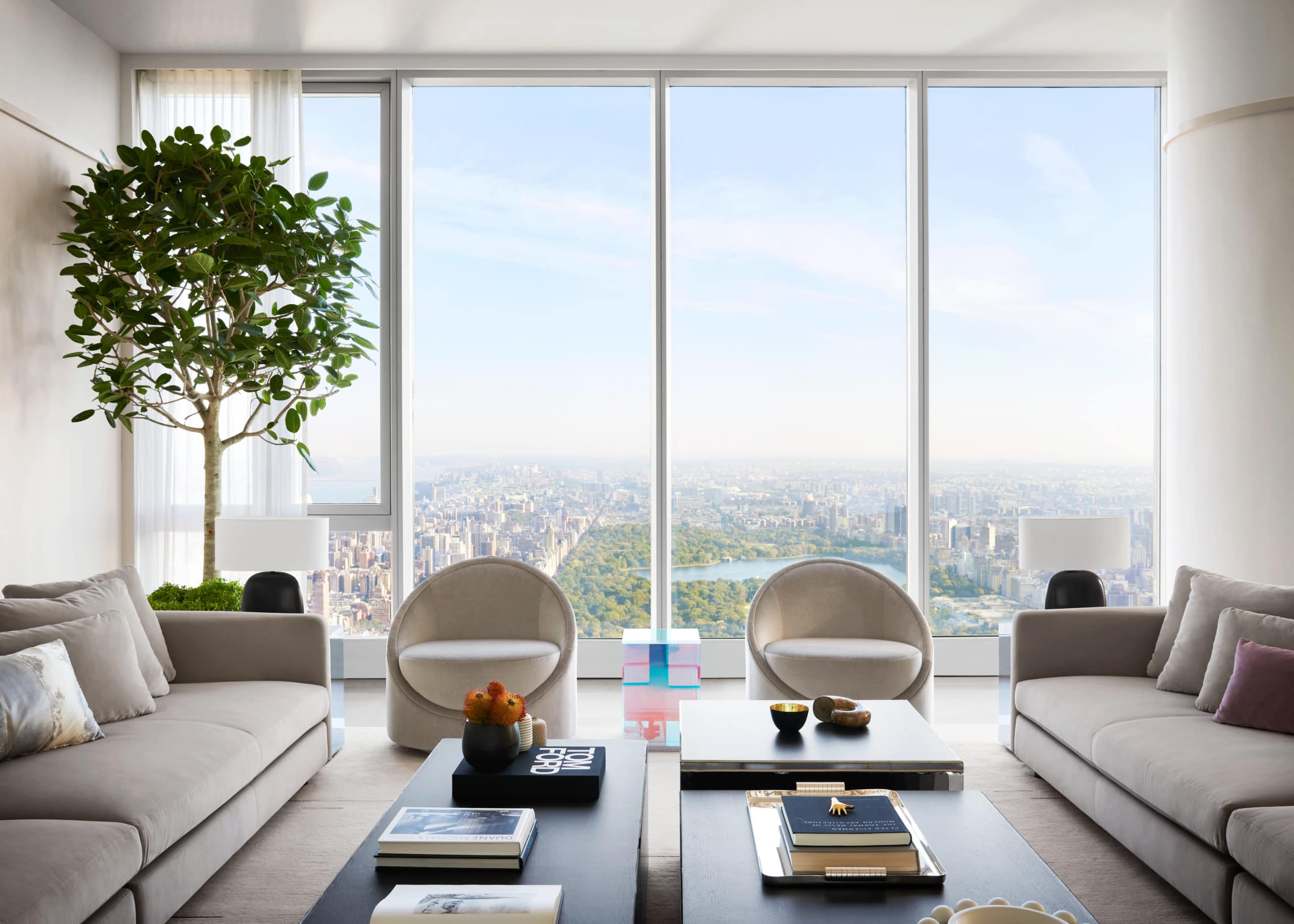 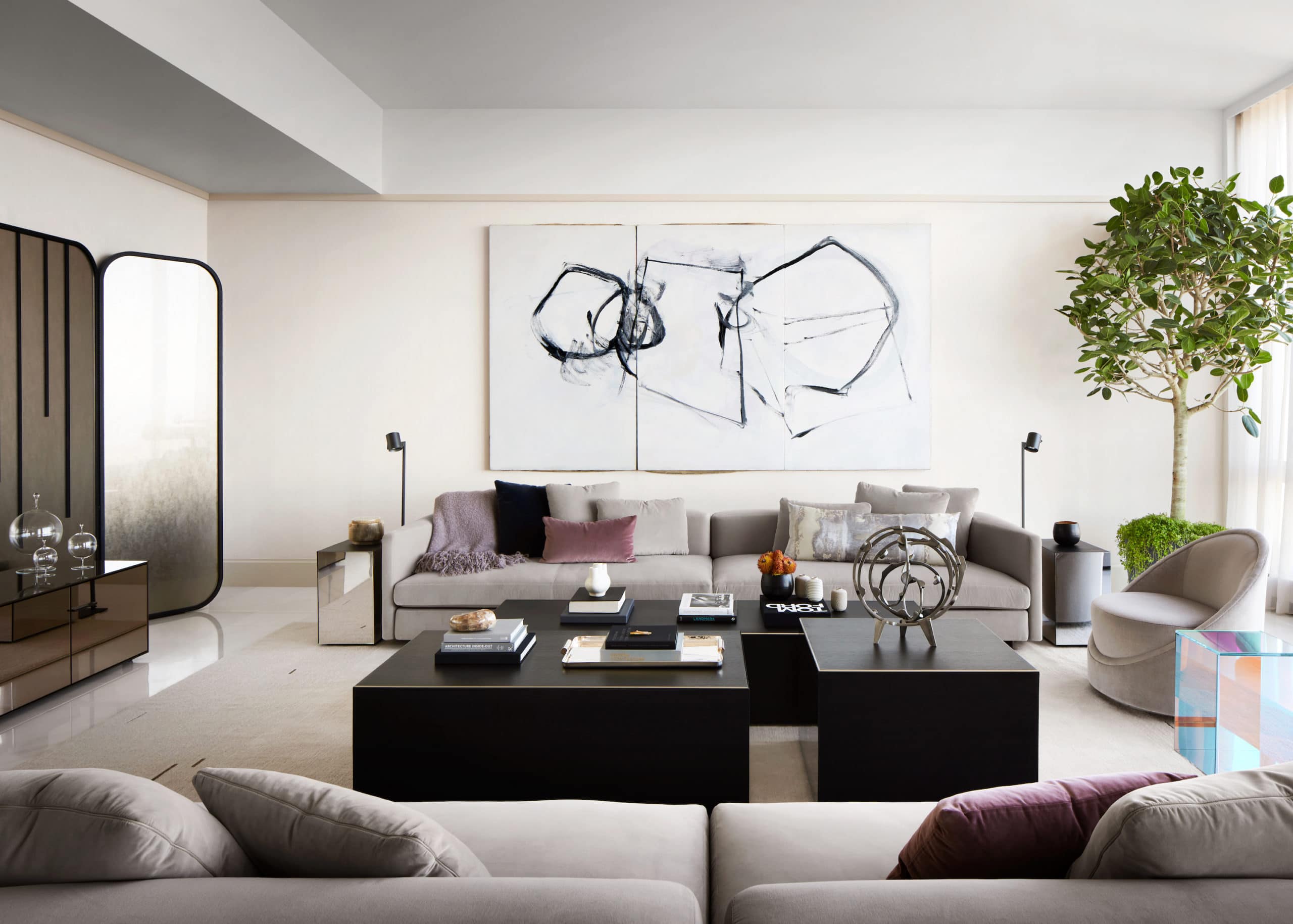 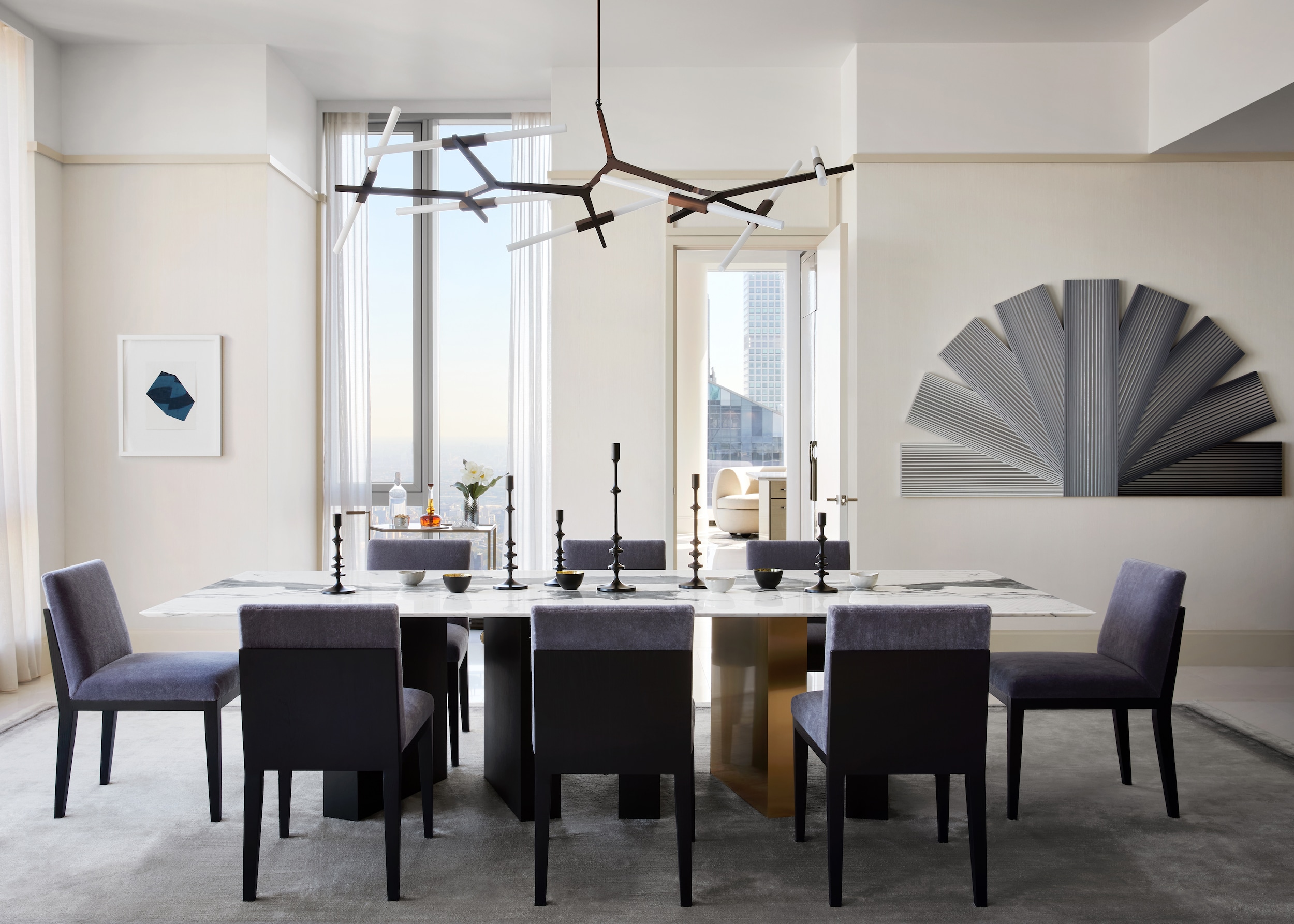 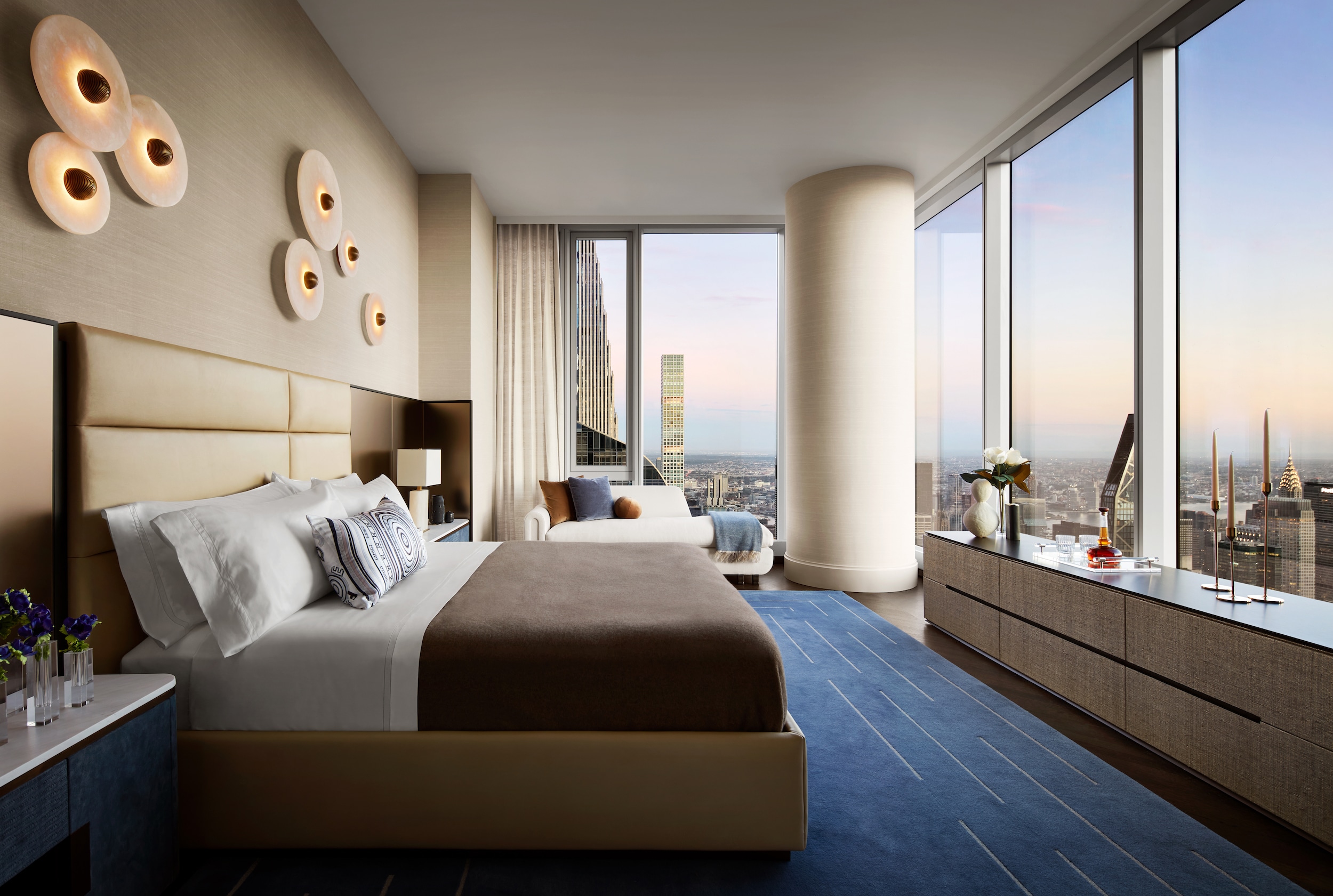 Central Park Tower Shows Off More of Its Swanky Interiors

Manhattan’s sleek 1,550-foot supertall, Central Park Tower, is showing off more of its bespoke interiors, this time designed by Rottet Studio. Architectural Digest got a first look inside the building’s lobby, common areas, and amenity spaces, complete with details and materials that include a custom chandelier made of Lalique crystal in the lobby; a reception lounge with a massive screen of lacquered wood and bronze, as well as custom furnishings; and curated artwork from established and emerging artists. Rottet Studio also designed a 4,295-square-foot, four-bedroom model residence on the building’s 92nd floor that features a muted palette, allowing the breathtaking views to remain the focal point. 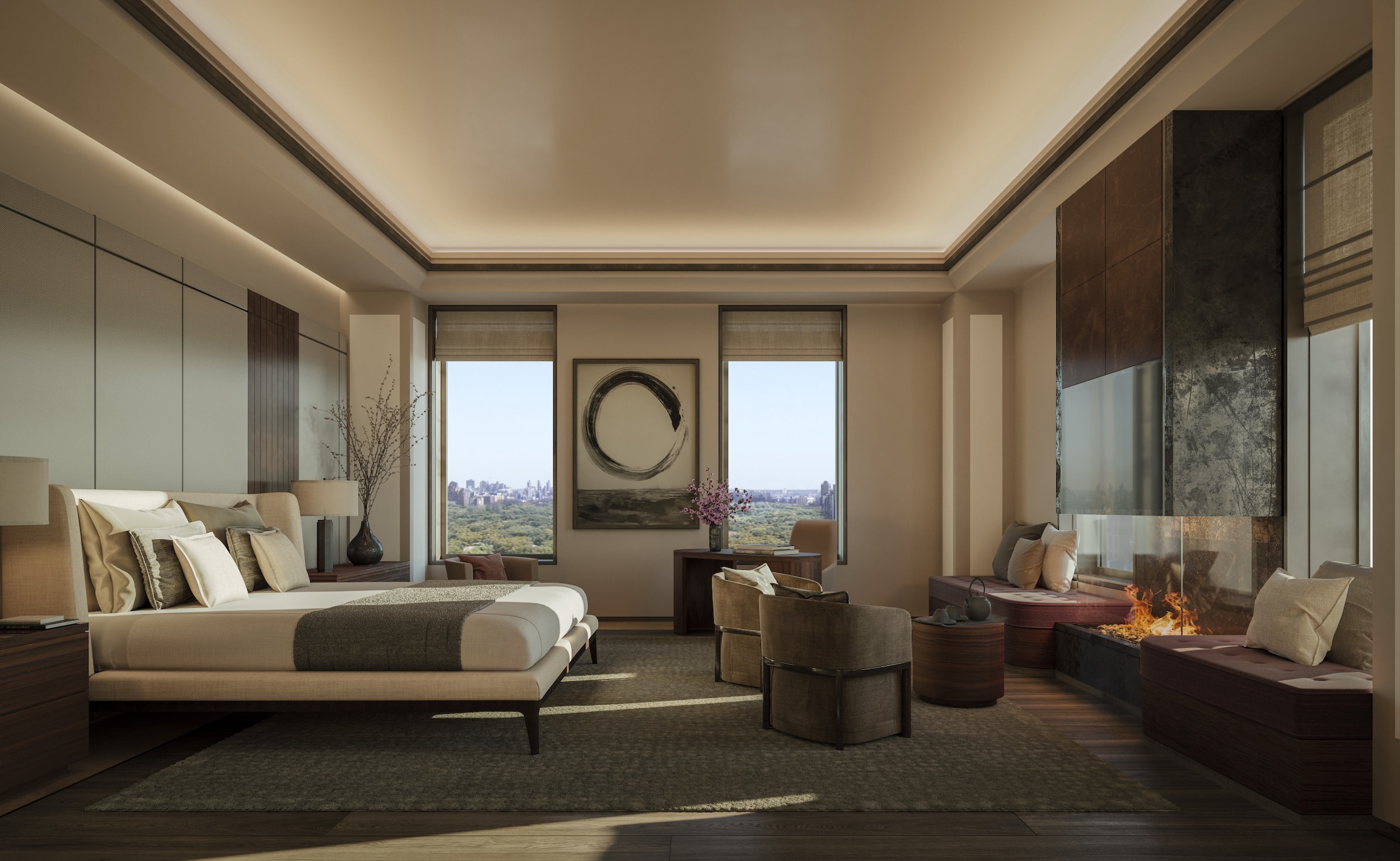 At Aman, a four-bedroom, 6,300-square-foot residence on the 22nd floor has closed for $55M. (Photo Credit: Courtesy of Aman) At Aman, a four-bedroom, 6,300-square-foot residence on the 22nd floor has closed for $55M. (Photo Credit: Courtesy of Aman)

At Aman New York, a four-bedroom, 6,300-square-foot residence spanning the entire 22nd floor has closed for $55 million, the Wall Street Journal reports. The sale is one of the city’s most expensive this year, following other big-ticket transactions like the $70 million sale at 432 Park Avenue and Daniel Och’s 220 Central Park South penthouse, which closed earlier this year for an astounding $190 million.

Aman New York is located on the upper levels of Manhattan’s historic Crown Building near the southeast corner of Central Park and offers just 22 private residences. The buyer of the pricey pad has not yet been revealed. 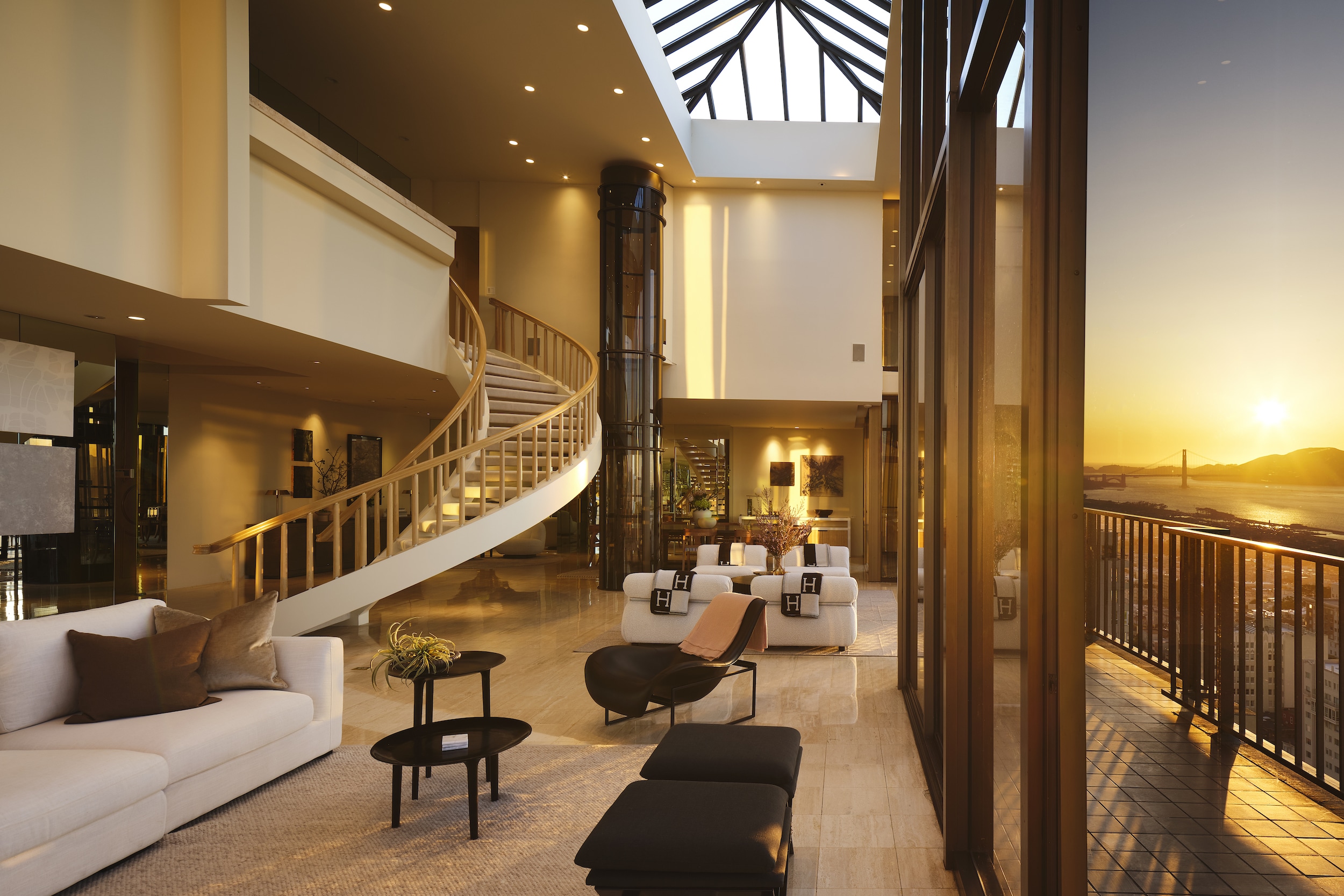 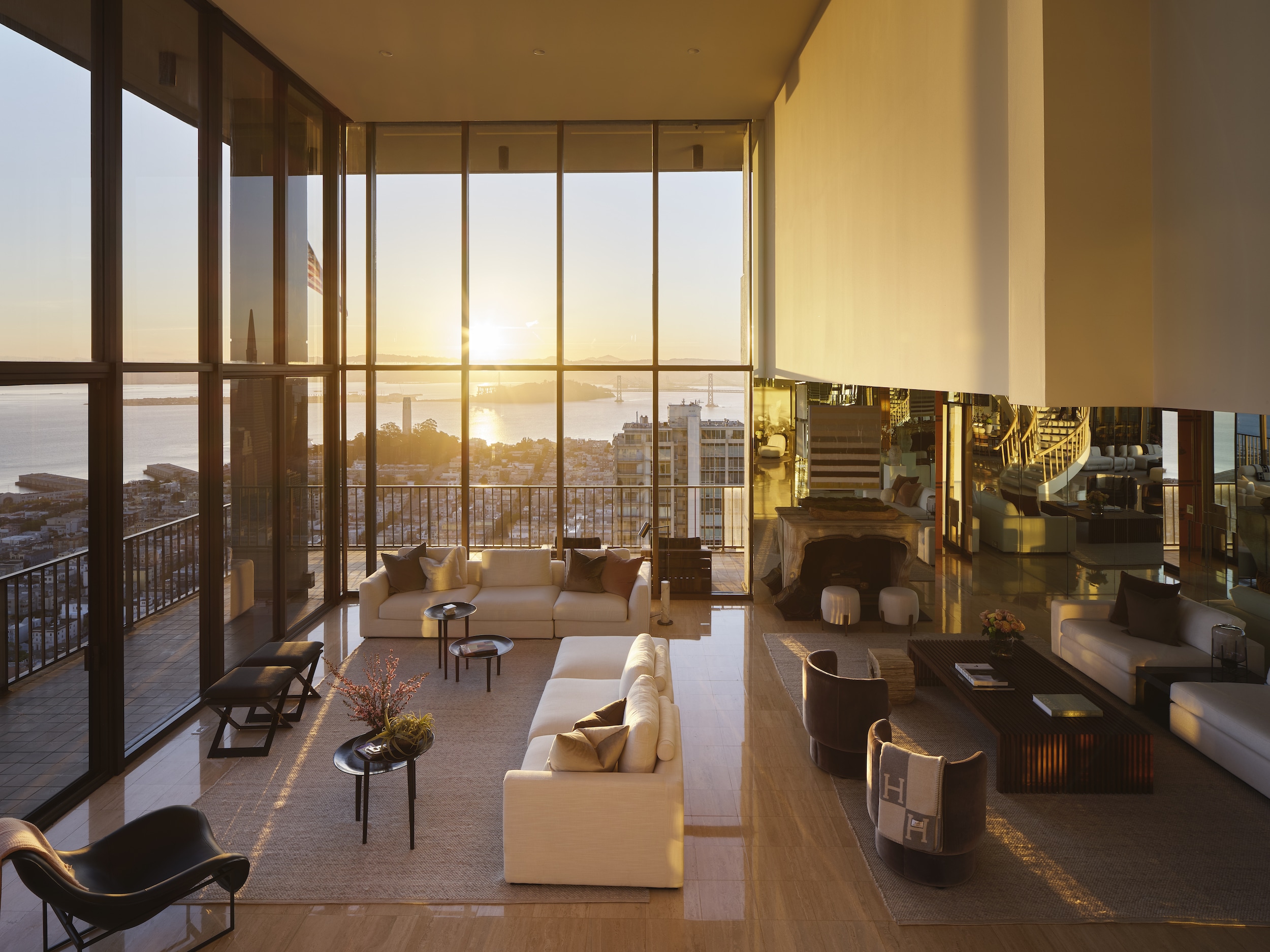 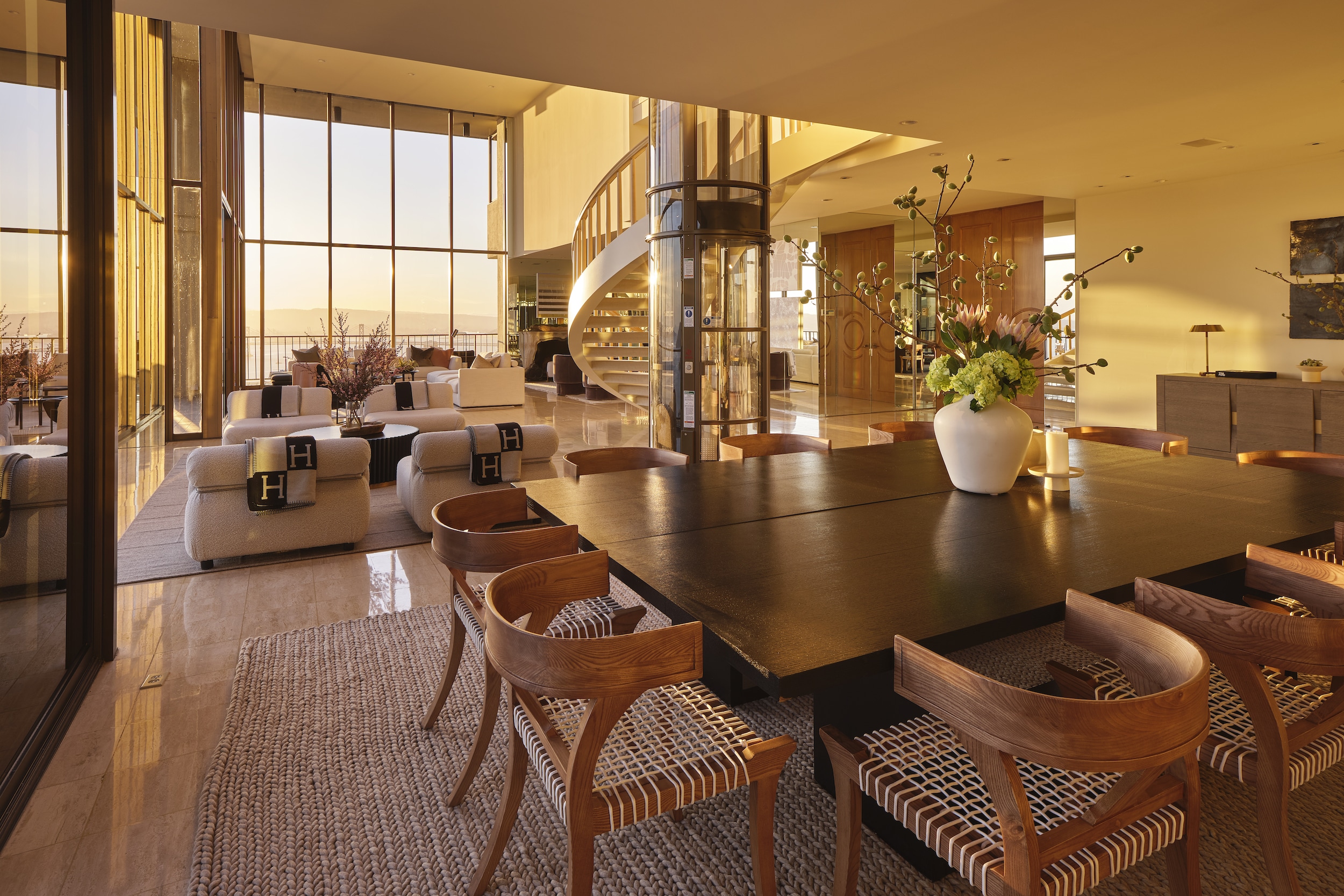 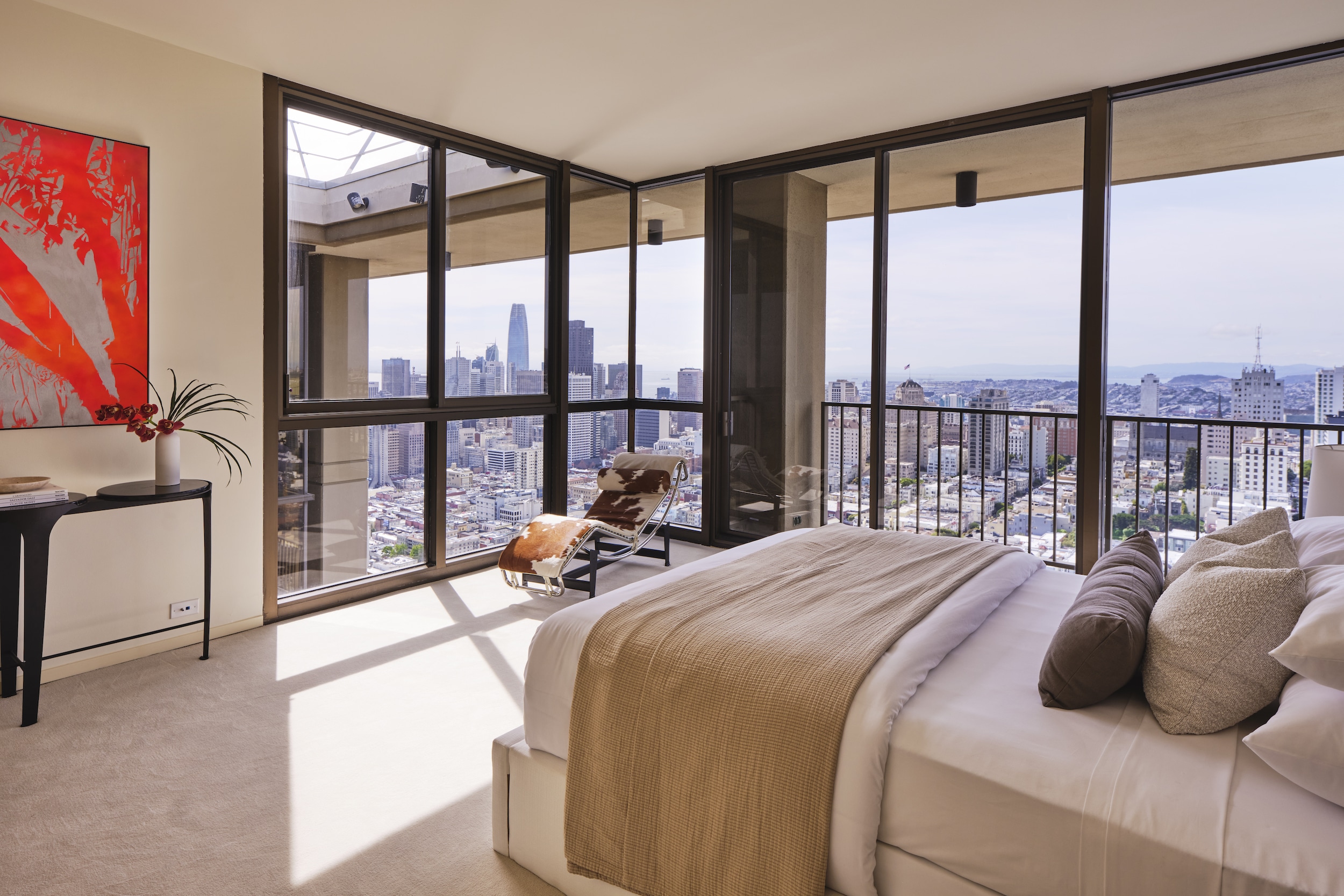 Two San Francisco penthouses owned by the late George and Charlotte Shultz have been listed for a combined $29 million, Wall Street Journal reports. The residences served as the home for the former secretary of state and his wife for more than 30 years, with the 5,400-square-foot north penthouse serving as their main home and the nearly 5,000-square-foot south penthouse functioning as an entertaining space and guest home. Located in San Francisco’s esteemed Russian Hill neighborhood, some of the highlights within the penthouses are floor-to-ceiling windows, spiral staircases, wood-burning fireplaces, a large skylight in the north penthouse, and a wraparound terrace in the south penthouse with spectacular views of the Golden Gate and Bay Bridges.

Legendary former NBA player and head coach Pat Riley has sold his apartment at the Four Seasons Residences at The Surf Club in Miami’s Surfside neighborhood for $22.8 million, The Real Deal reports. Riley and his wife purchased the 3,948-square-foot abode from the developer in 2018 for $8.1 million, netting them nearly triple in the recent sale to a trust. The residence features four bedrooms, five-and-a-half bathrooms, floor-to-ceiling windows, custom terrace doors, and a private elevator entrance. 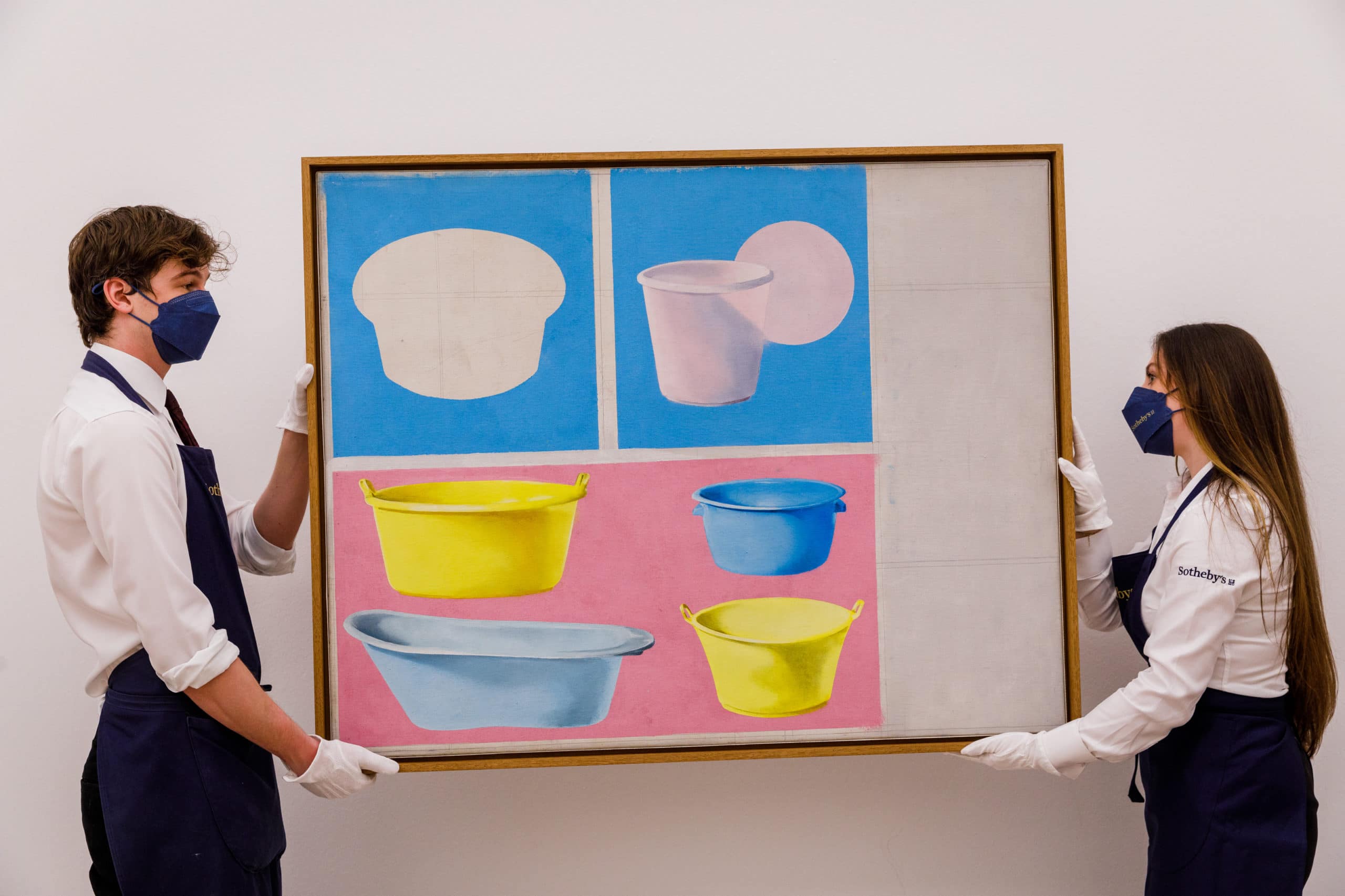 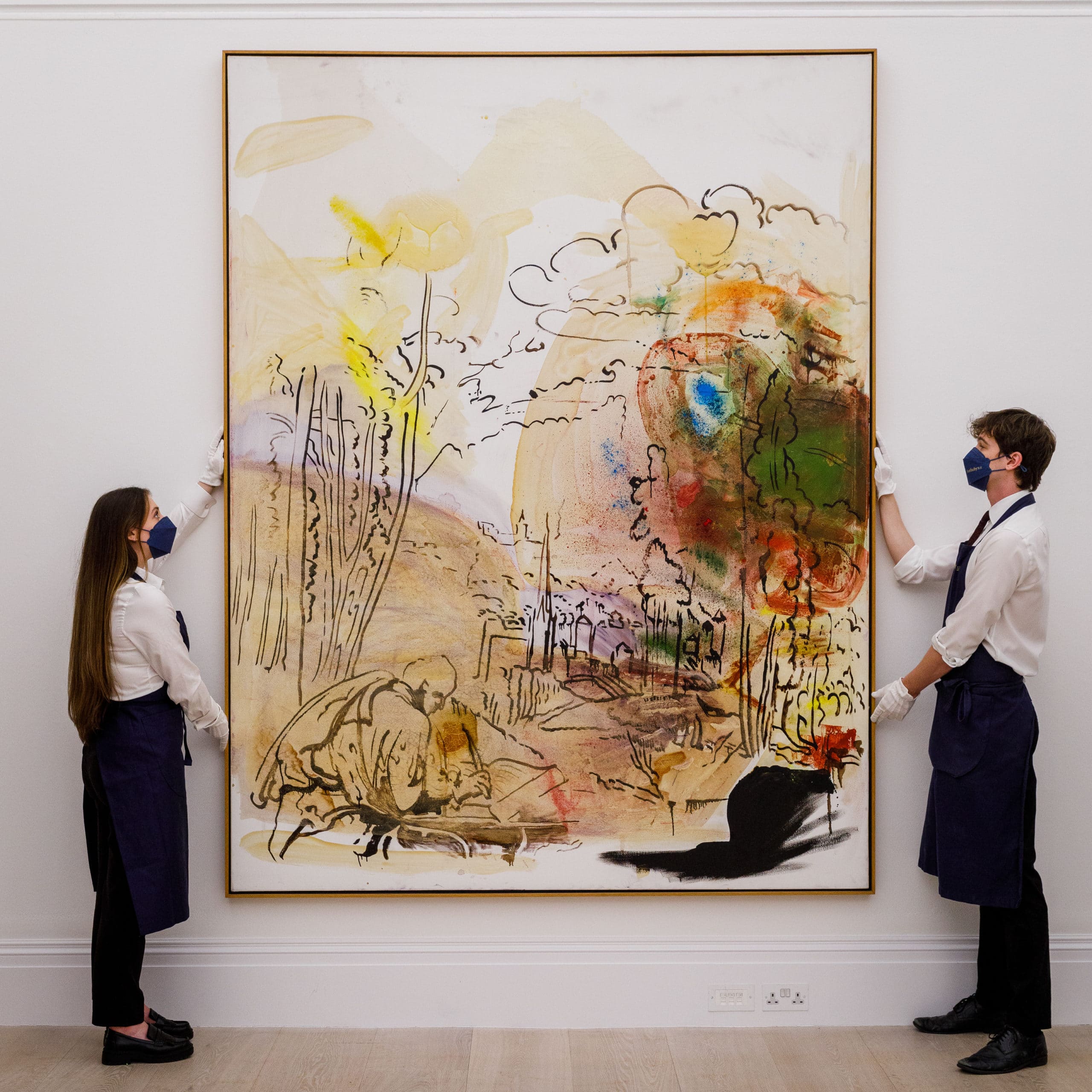 The second of two auctions for the blue-chip art collection of developer Harry Macklowe and his former wife, Linda, recently took place at Sotheby’s New York. After fetching $676.1 million at the first auction last November, the second round brought in $246.1 million, for a combined total of $922.2 million, making it the most valuable single-owner sale ever to be sold at auction, reports ARTNews.

Works from the lot that sold for the highest prices included a 1960s untitled deep red canvas by Mark Rothko that sold for $48 million, Gerhard Richter’s 1975 canvas Seestück (Seascape) that went for $30.2 million with premium, and Cy Twombly’s Synopsis of a Battle (1968) at $15.3 million.