Located in Brooklyn’s charismatic Vinegar Hill neighborhood, 288 Water Street is an ultraboutique five-story building composed of just eight condominium residences, offered in three- and four-bedroom configurations. Designed and developed by EDRE, 288 Water Street embraces a minimalist aesthetic that is inspired by Japanese ideals of balance, grace, simplicity, and relationship to nature. With no more than two residences on each floor and each home featuring its own private outdoor space and Japanese Zen garden, the building conveniently offers privacy and serenity all in one. 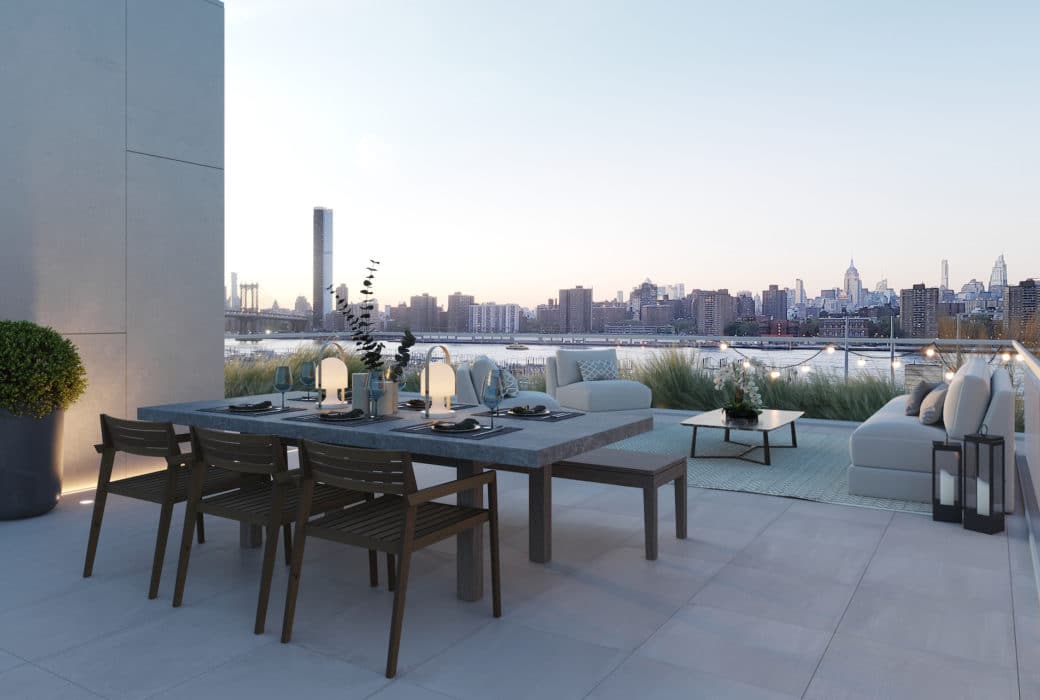 288 Water Street’s understated yet elegant design seamlessly blends into the aesthetic of Vinegar Hill while subtly standing out as a distinctive addition to the historic neighborhood. Its facade features white porcelain, a mosaic of white-framed windows and climbing gardens, and vertical slabs of ipe wood at the ground level for a sense of warmth. 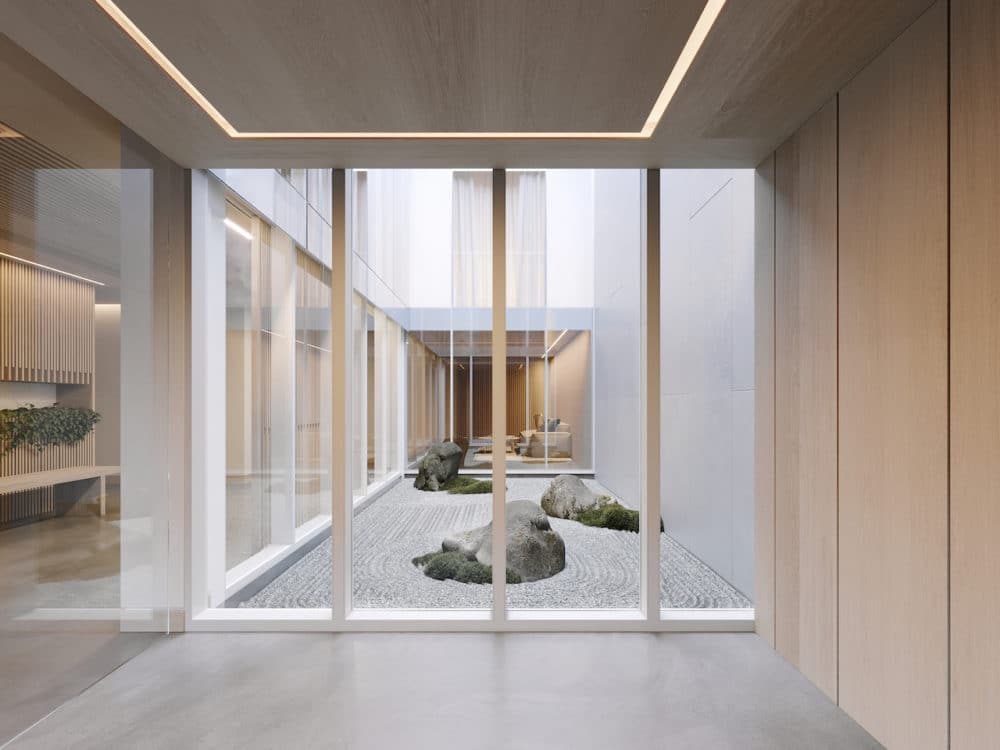 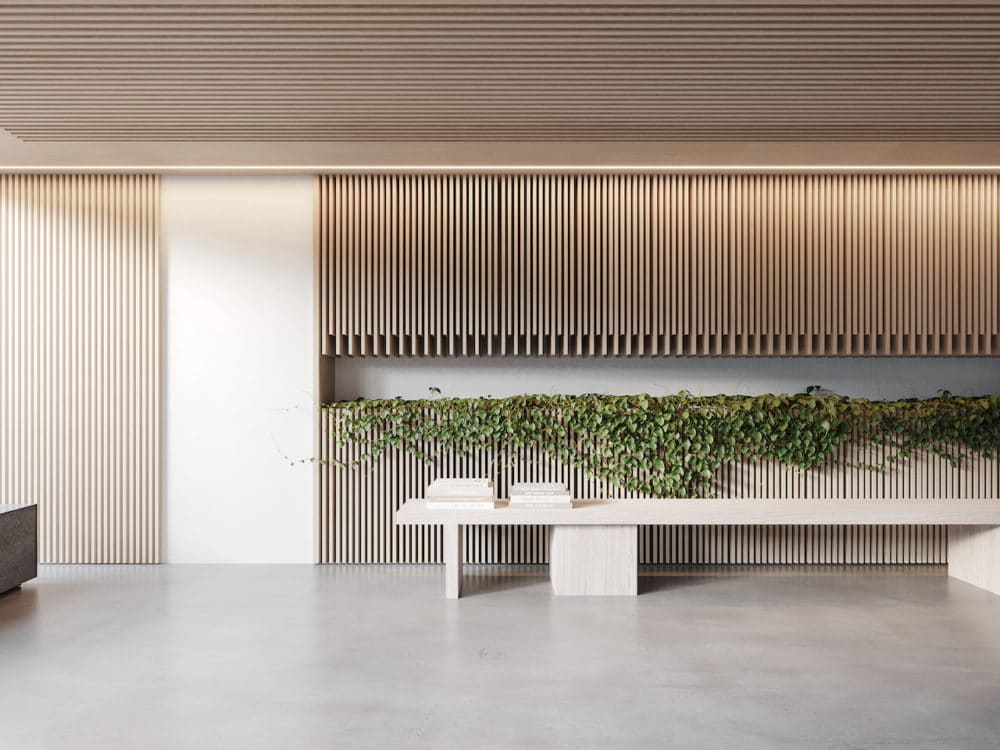 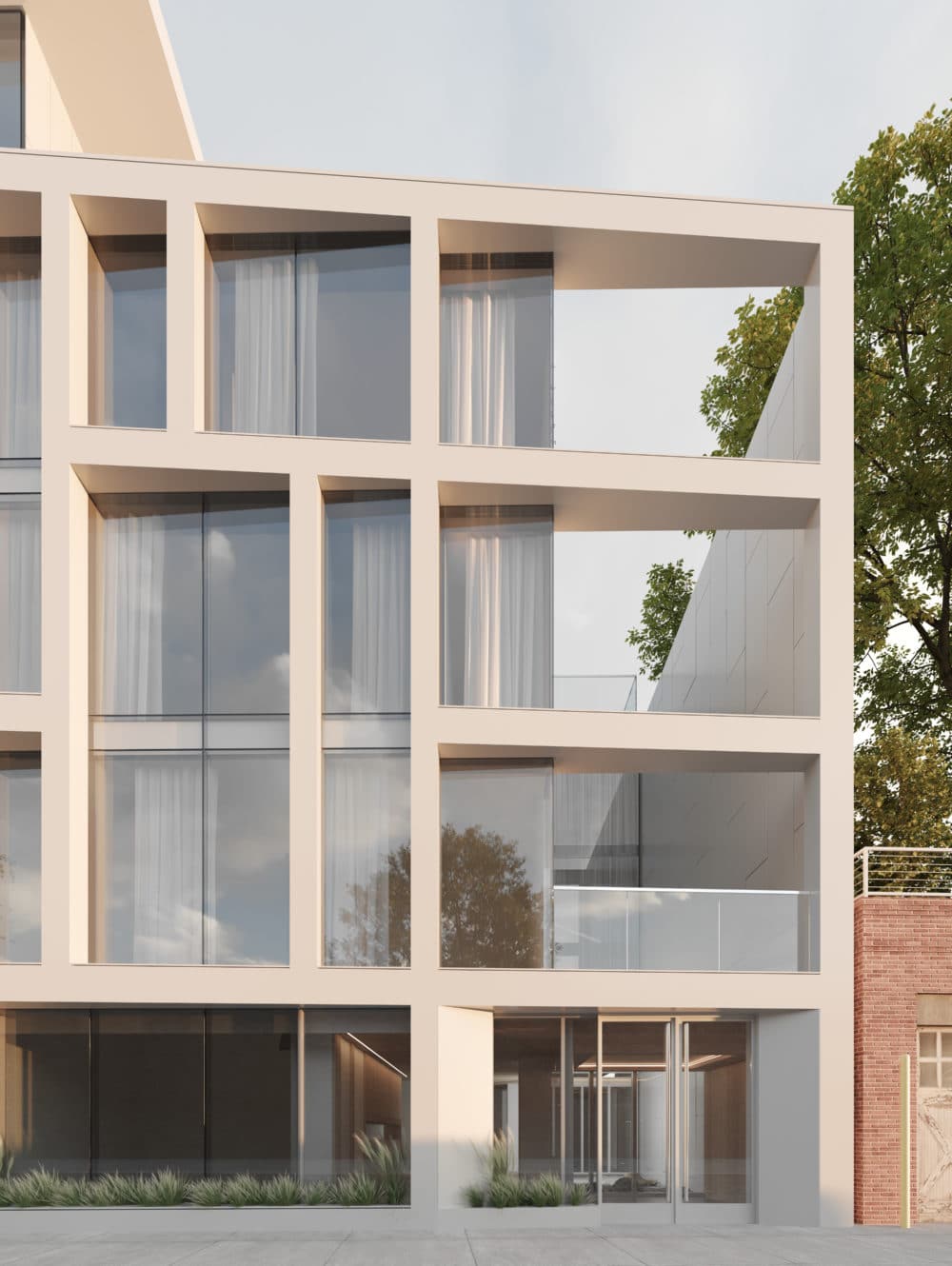 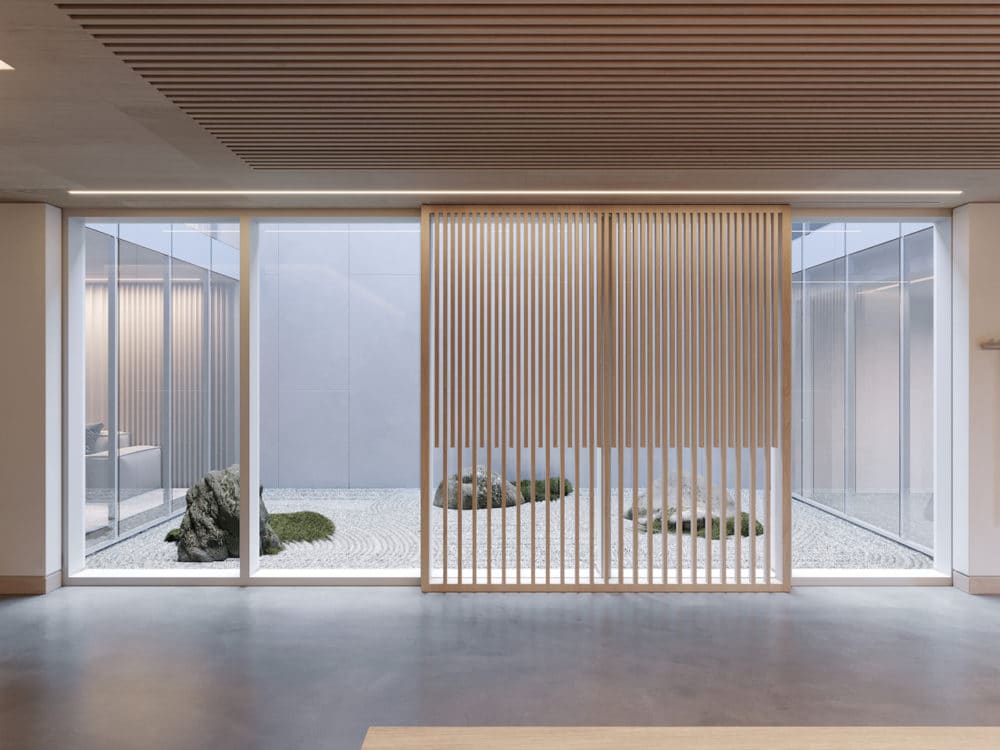 Located along the East River waterfront just next to DUMBO, Vinegar Hill is a tiny neighborhood spanning just six blocks, whose quirky name comes from the 1798 Battle of Vinegar Hill in Ireland. Its blocks are lined with 19th-century Federal- and Greek Revival-style townhouses, and its unpaved Belgian block streets contribute to its old-world charm. Vinegar Hill is regarded for its quiet, small-town vibes, though there is a small collection of restaurants and shops. In the late 1990s, New York City declared the neighborhood a historic district.

Residences at 288 Water Street were thoughtfully designed to offer larger living areas that optimize flow and natural light. Interiors are outfitted with wide-plank white oak flooring, honed natural limestone, polished nickel accents, and ceilings that soar nine feet high. The living spaces enjoy views of the city, while the bedrooms overlook the building’s courtyard. The kitchens include marble countertops and slab backsplashes, along with appliances by Gaggenau, while bathrooms feature custom vanities, freestanding tubs, and fixtures by Watermark Thermostatic and Duravit. 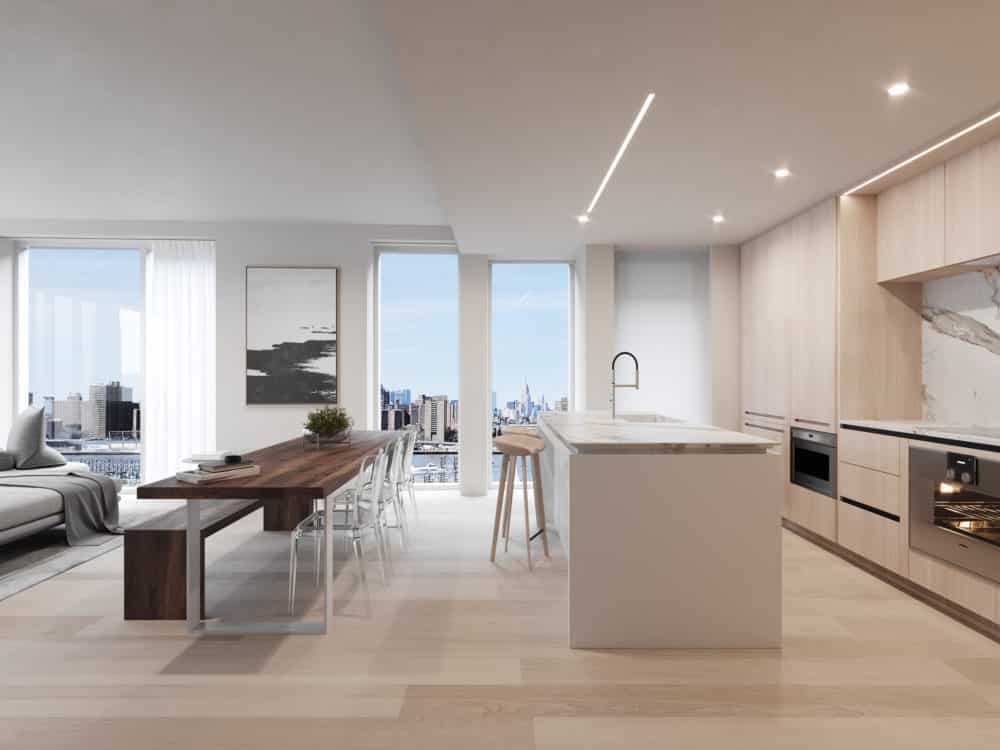 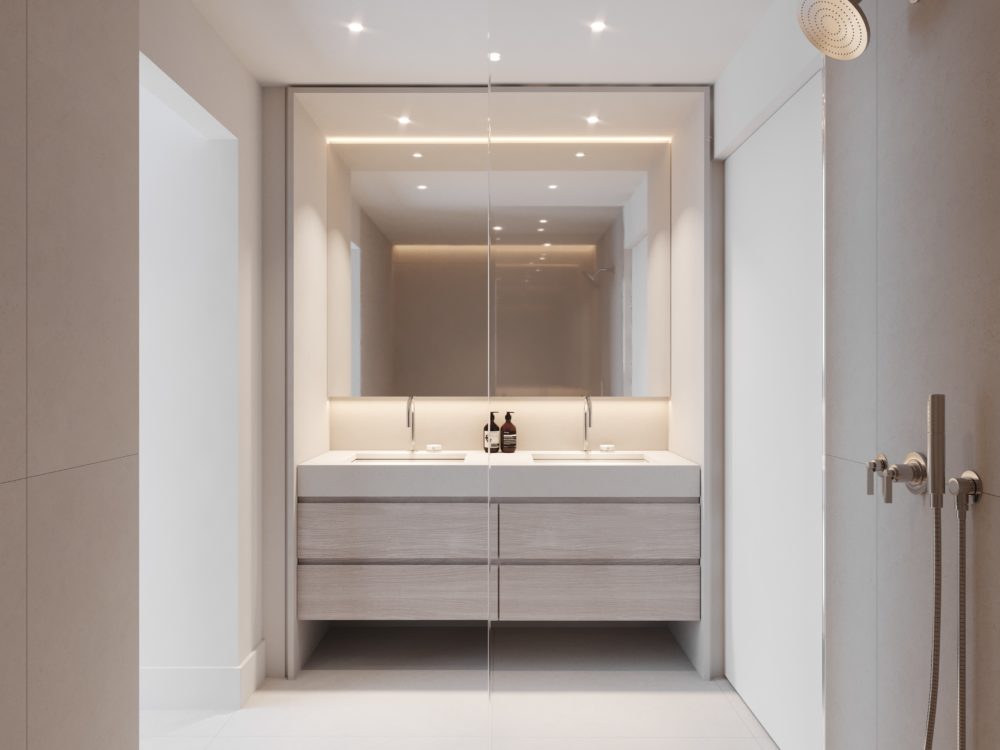 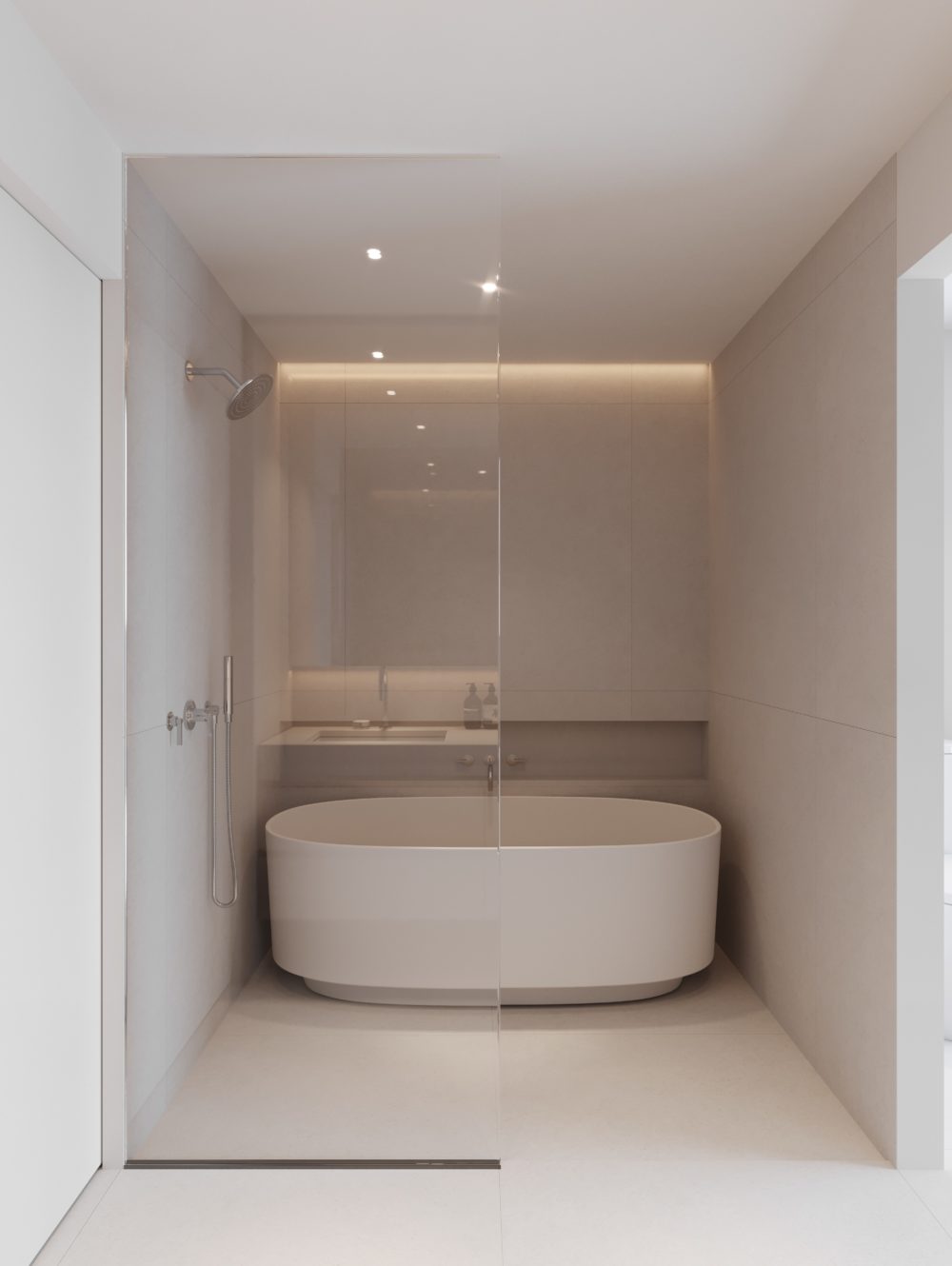 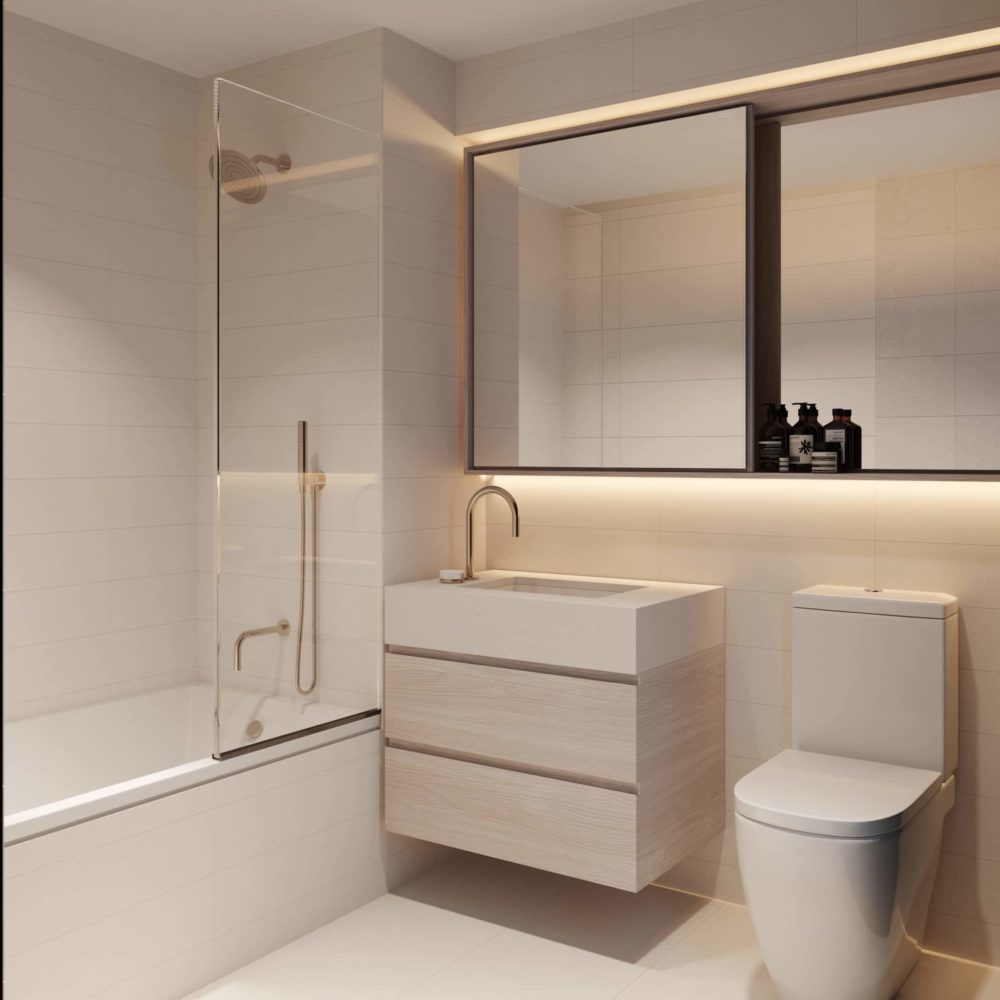 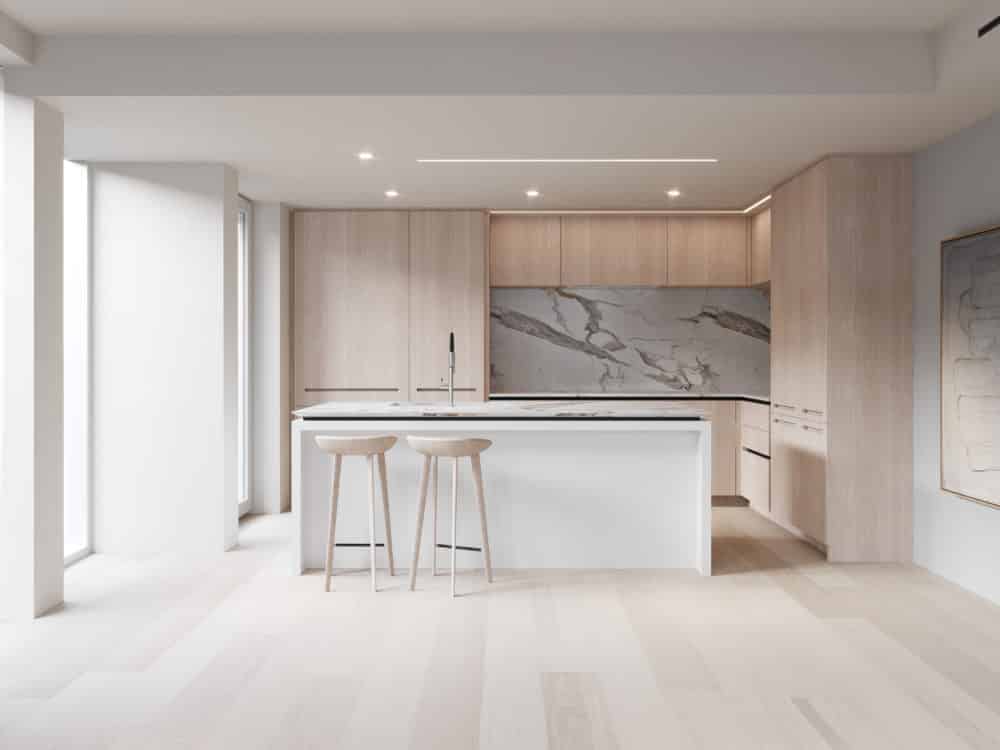 With an emphasis on calm and quiet, amenity spaces at 288 Water Street embrace tranquility at every turn. A glass-enclosed landscaped Japanese Zen garden provides the perfect setting for meditating and reflecting, while the nearby ground-level lounge with a kitchenette is ideal for socializing and entertaining. Other amenities include a sleek fitness studio, complete with equipment by Matrix, and a roof terrace with barbecue grills, dining and lounge areas, a large U-shaped sofa, and panoramic views of Lower Manhattan’s skyline. A package room in the lobby and 24/7 remote doorman service round out the offerings. 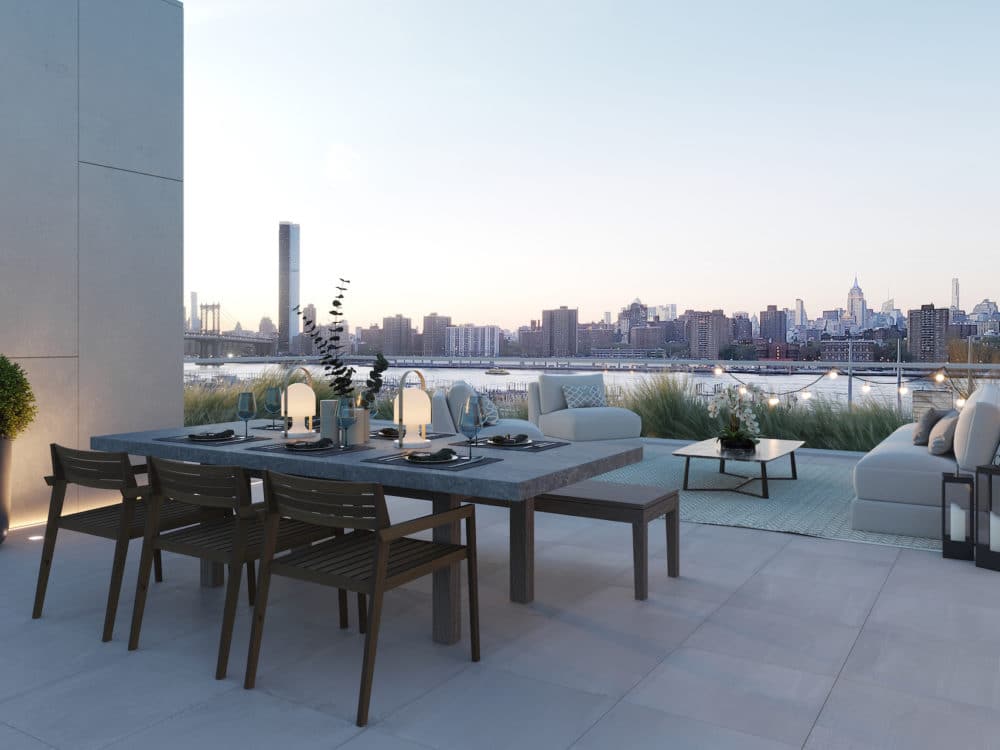 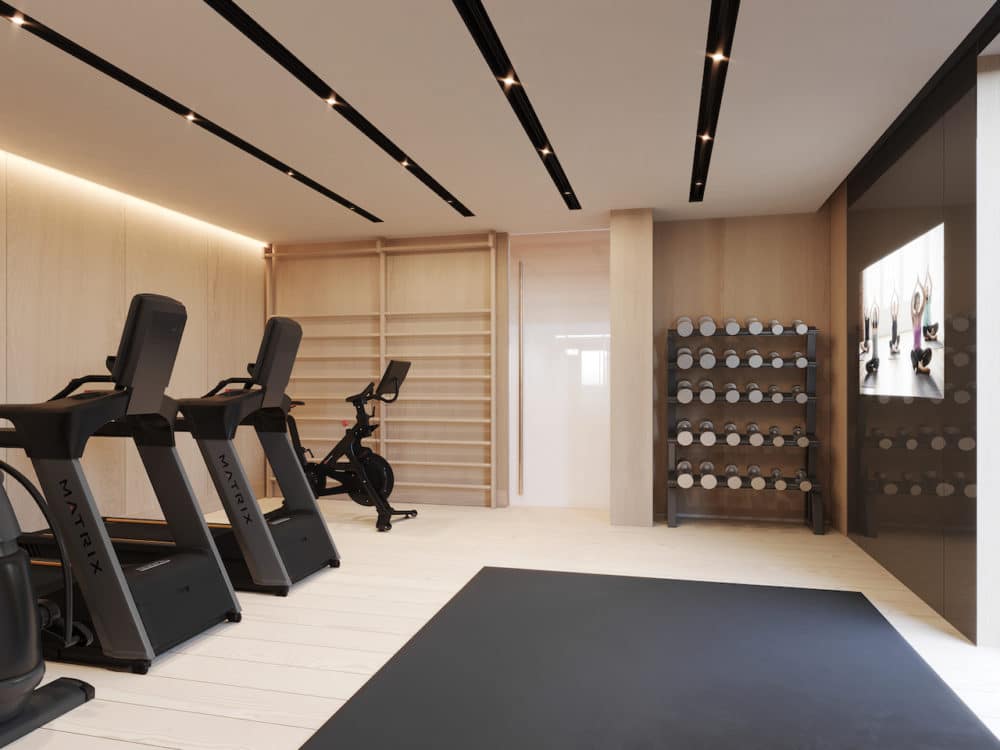 96+Broadway is named for its location—but the location isn’t the only draw for this new-build tower designed by celebrated Danish architect Thomas Juul-Hansen. Yes, the Upper West Side is the cultural heart of New York, home to Lincoln Center, the Metropolitan Opera, and the American Museum of Natural History (to name a few), and also one of the city’s greenest neighborhoods. With Central Park to the east and Riverside Park to the west and tree-lined streets in between, residents will have no shortage of access to nature. But the charms of the building itself give the surrounding environs fierce competition. From its timeless design to its wow-worthy amenities (including a saltwater lap pool, squash court, and music studio) and spectacular vistas, 96+Broadway is redefining what it means to live in this historic neighborhood.