Every home tells a story, and nowhere is that more true than in developments that give new life to historic landmarks. It’s possible to own a piece of history in these one-of-a-kind properties, where everything old is new again.

From a modernist office building in New Orleans to an iconic hotel and 113-year-old Catholic school in New York, here are nine architectural gems that are starting a new chapter as luxe multimillion dollar homes. 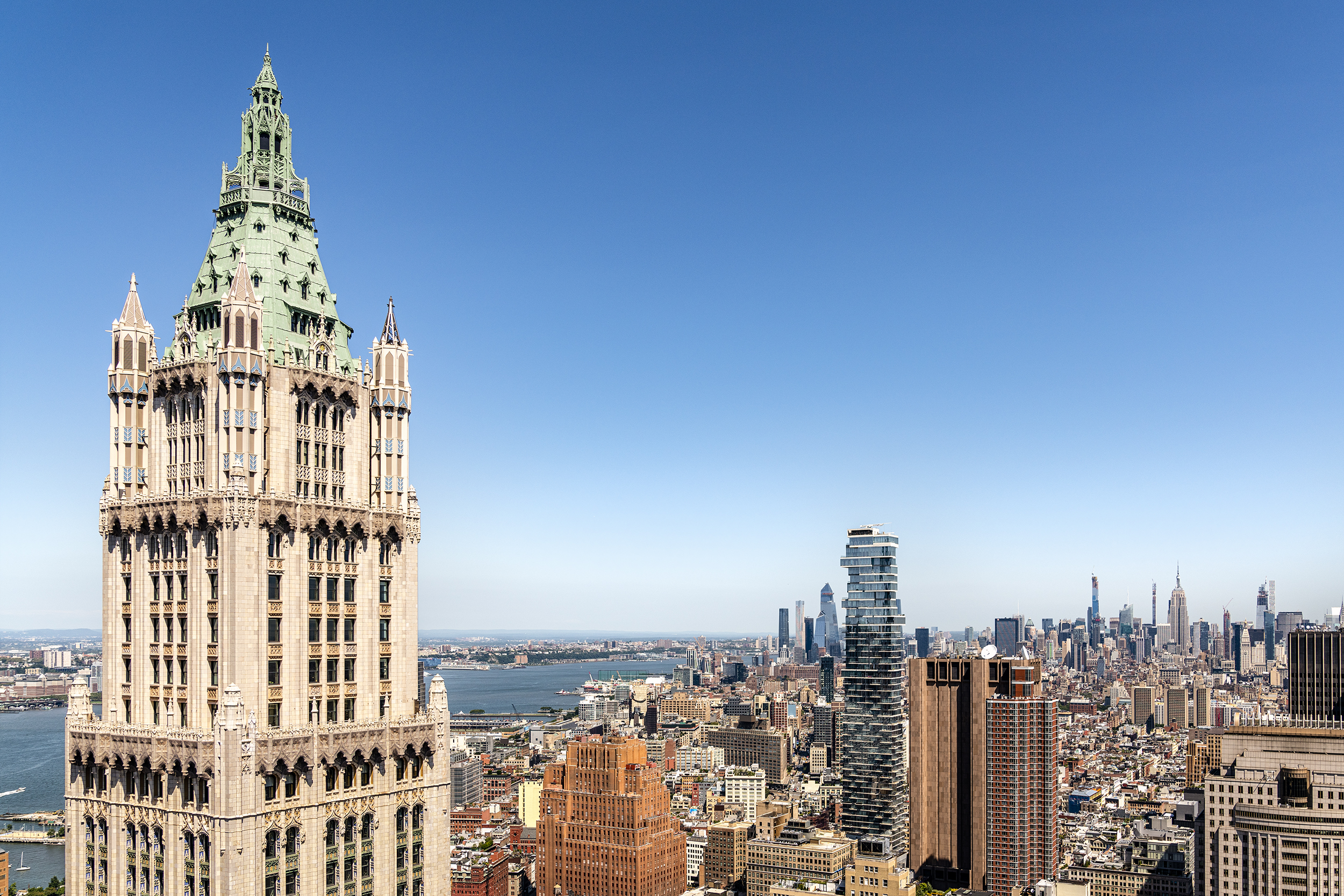 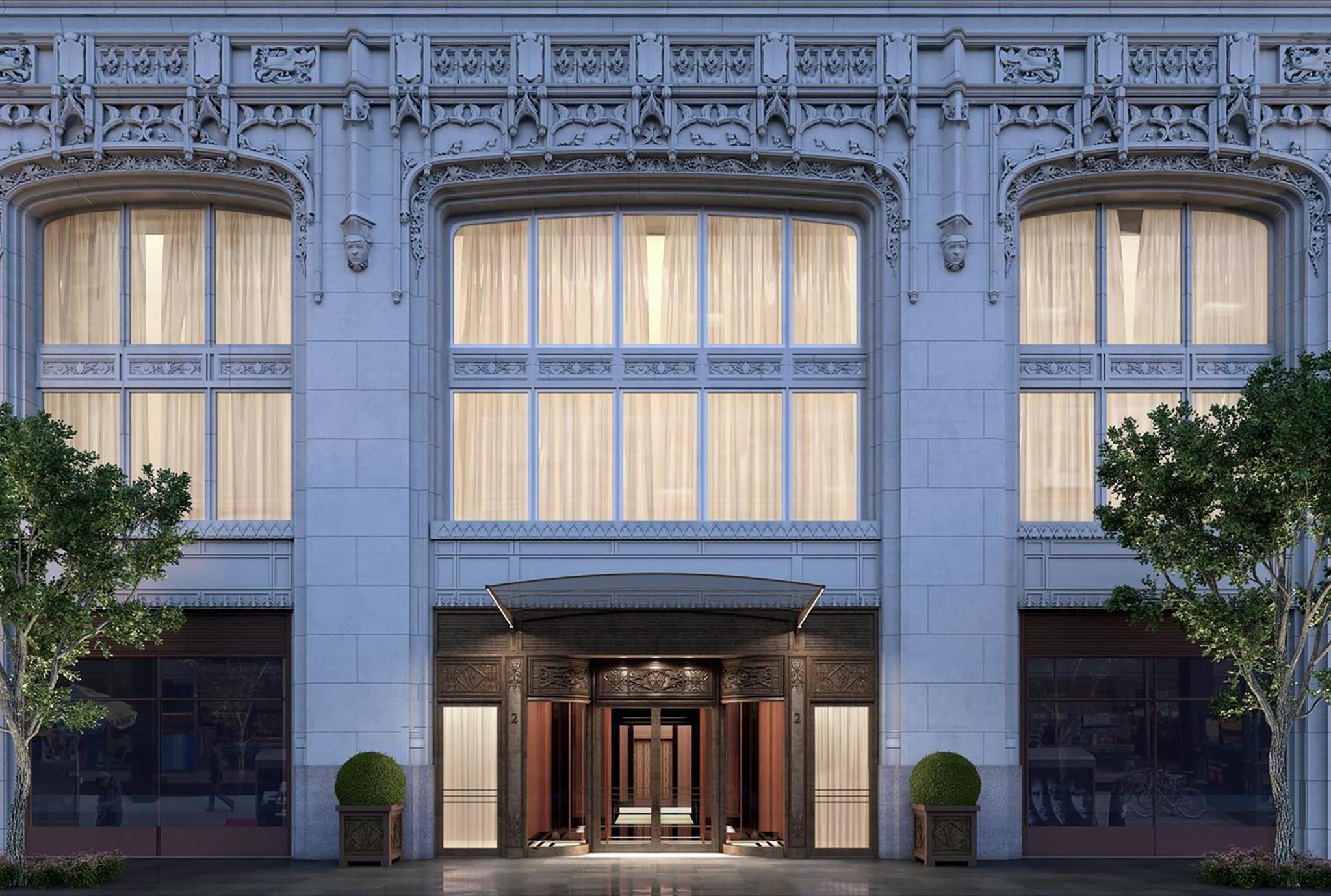 When the Woolworth Tower was built in 1913, it was the tallest building in the world, but its height was not its only superlative quality. Architect Cass Gilbert designed it in the neo-Gothic style, using 15th- and 16th-century ornamentation on the limestone-colored terracotta facade and topping it off with an ornate copper crown, making it an instant architectural marvel.

The building housed offices until developer Alchemy Properties undertook a renovation beginning in 2015 to convert the upper half into condos. Designer Thierry Despont took inspiration from Gilbert’s original designs and restored many pre-war details, but what makes these homes particularly special is that they afford the change to be up close and personal with the iconic facade on a daily basis: Several units have private terraces on the setbacks of the tower, where the tracery acts as a window to the city. 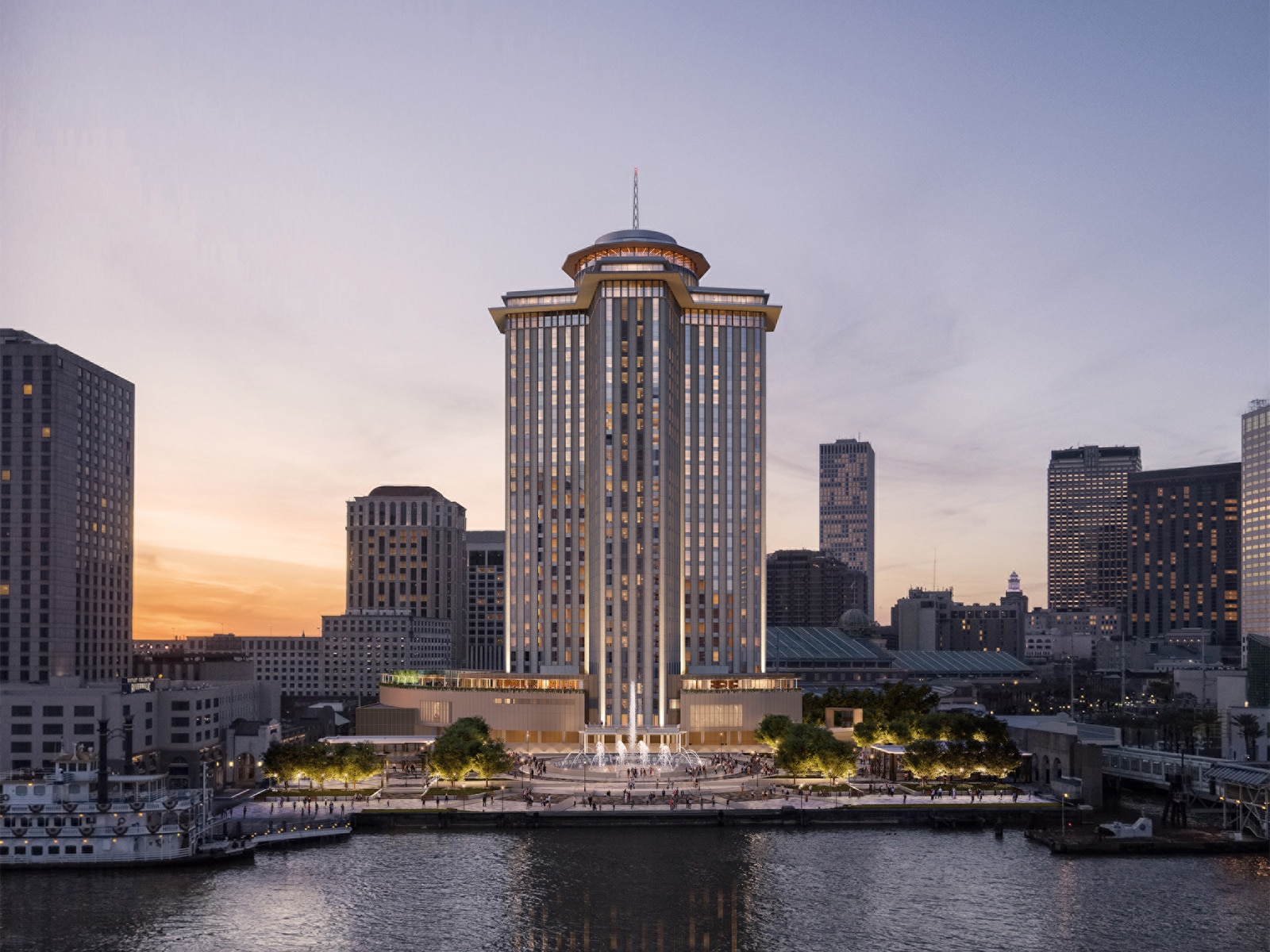 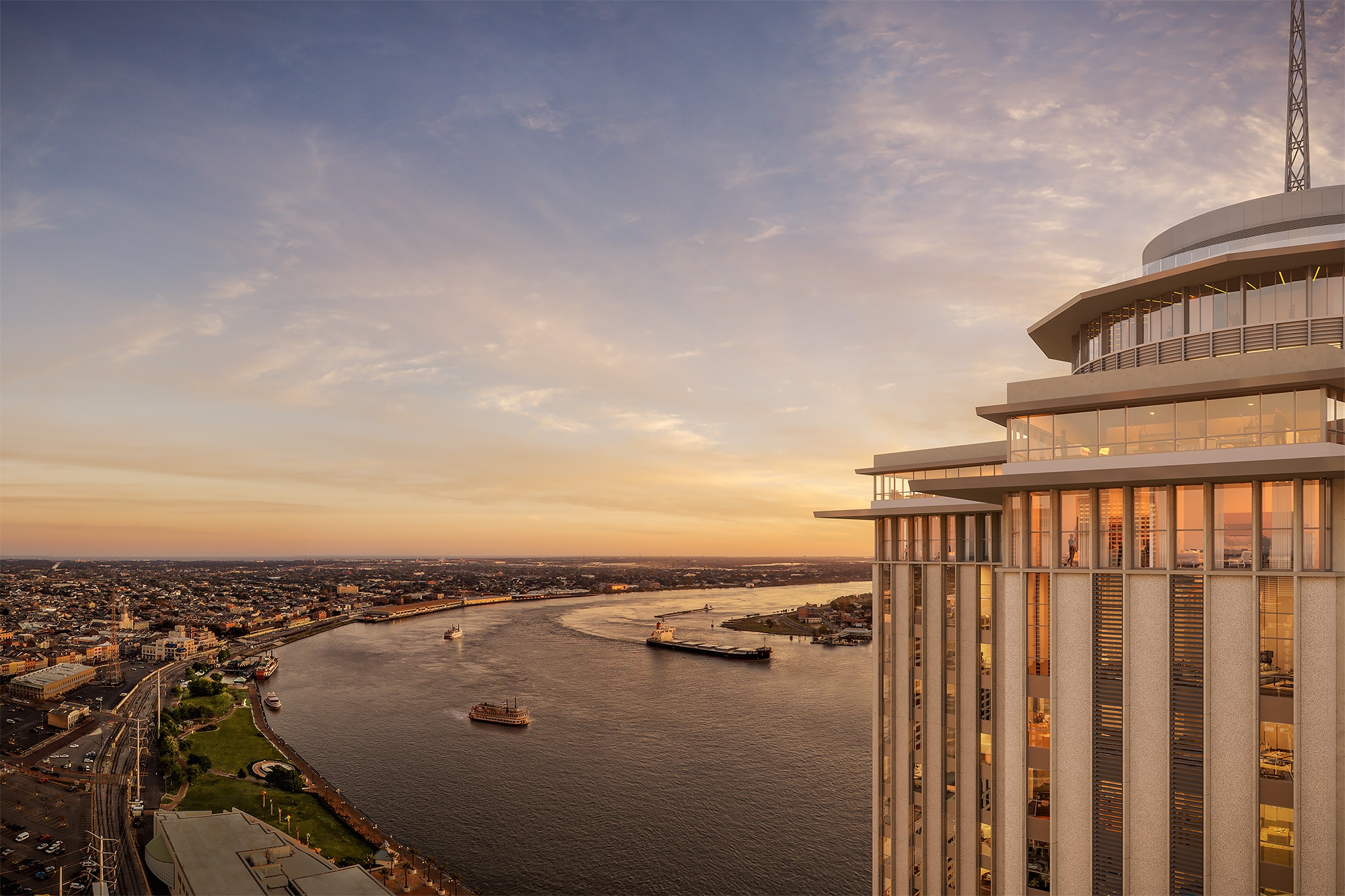 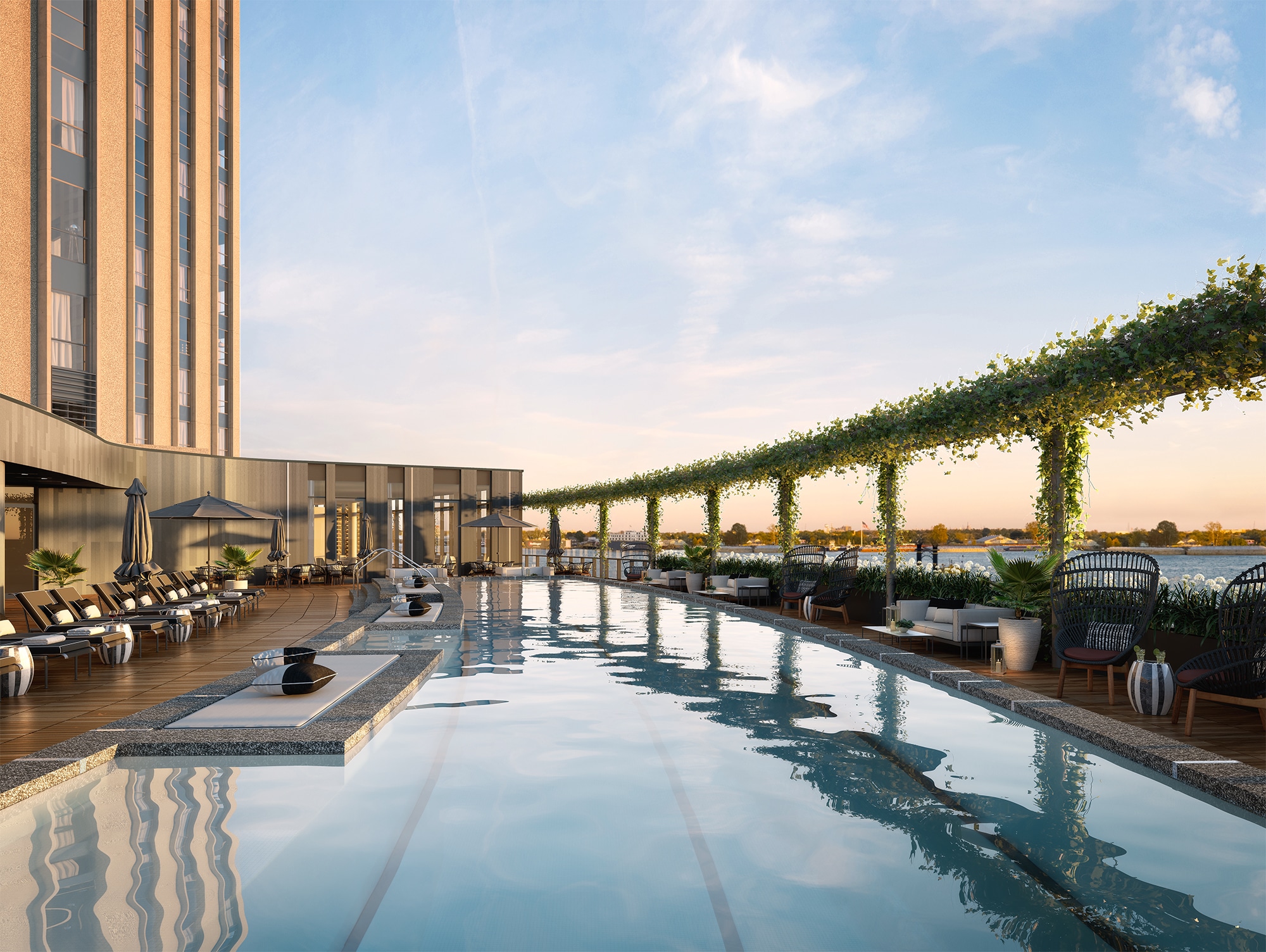 Designed by legendary American architect Edward Durell Stone in 1964, the World Trade Center of New Orleans has a cruciform shape symbolic of the port city’s role as a crossroads of international commerce, with each of its four wings pointing to the four corners of the world. For decades, it was a major business hub, but the modernist structure fell into disrepair after Hurricane Katrina.

In 2019, work began on a rehabilitation that would create a Four Seasons Hotel and Residences, set to open in mid-2021. The 81 residences occupy floors 19 to 31, offering sweeping views across the French Quarter, Garden District, Mississippi River, and beyond. A penthouse on the 30th floor recently set a price record for the city, selling for nearly $13 million. 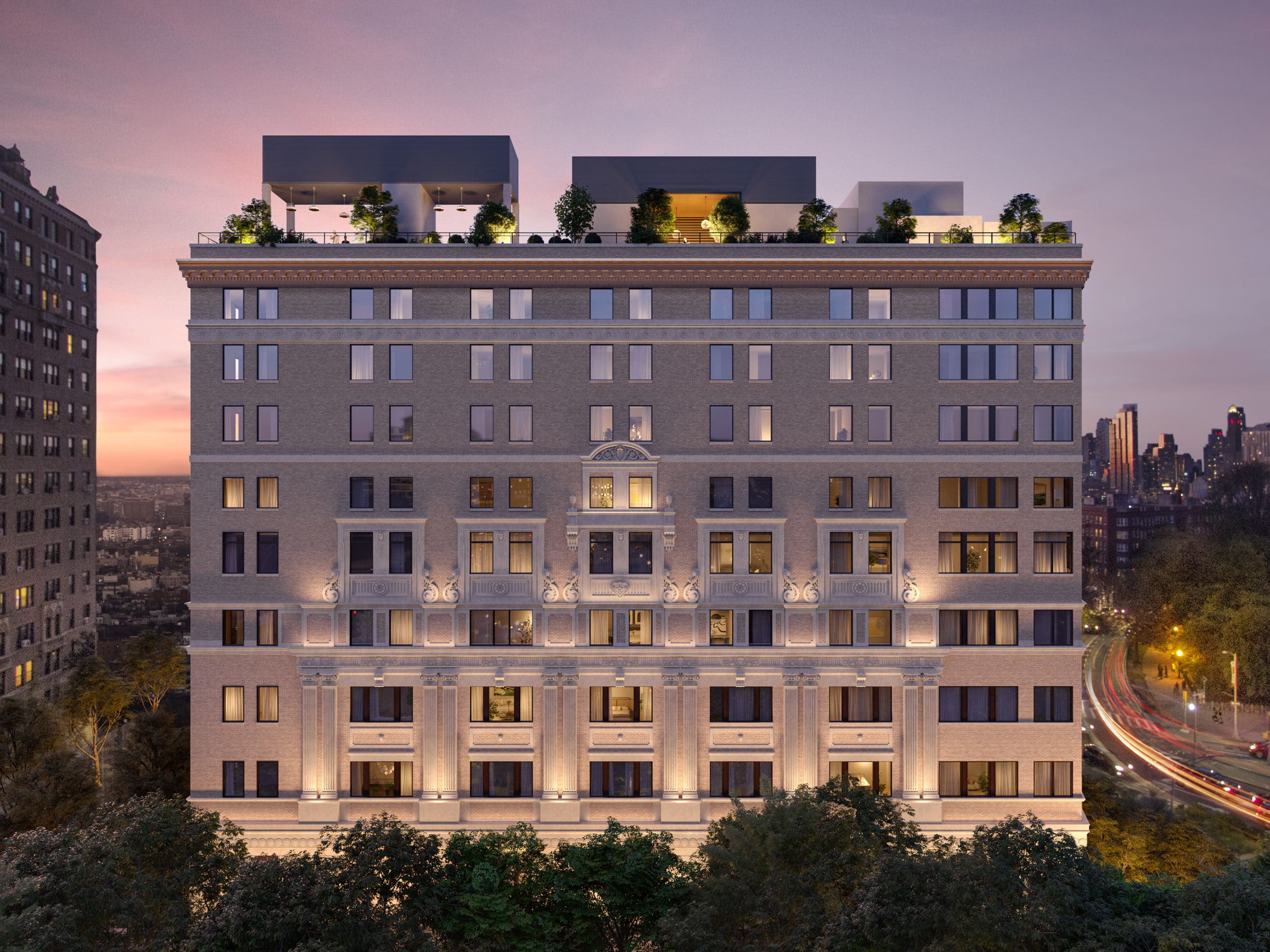 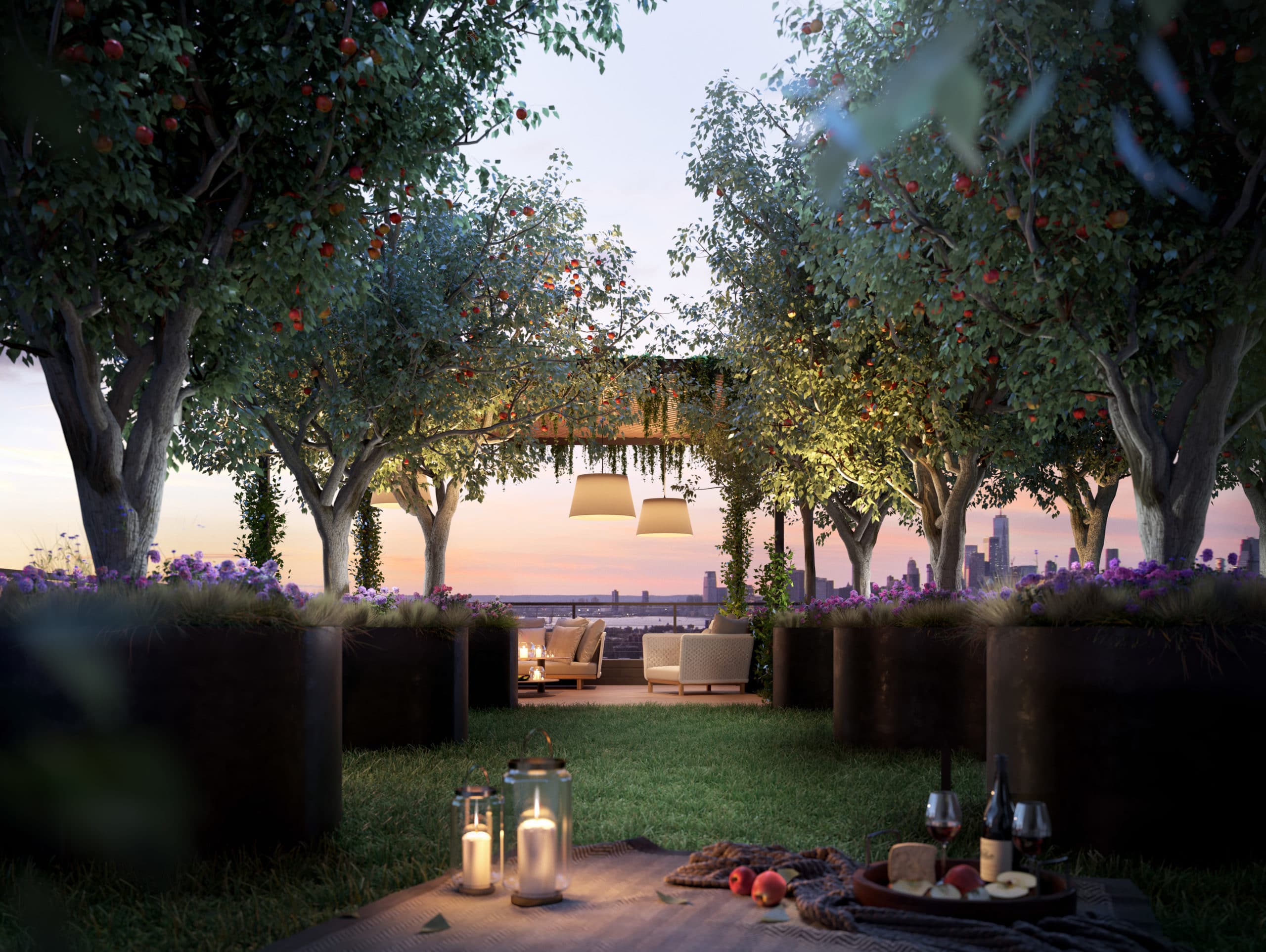 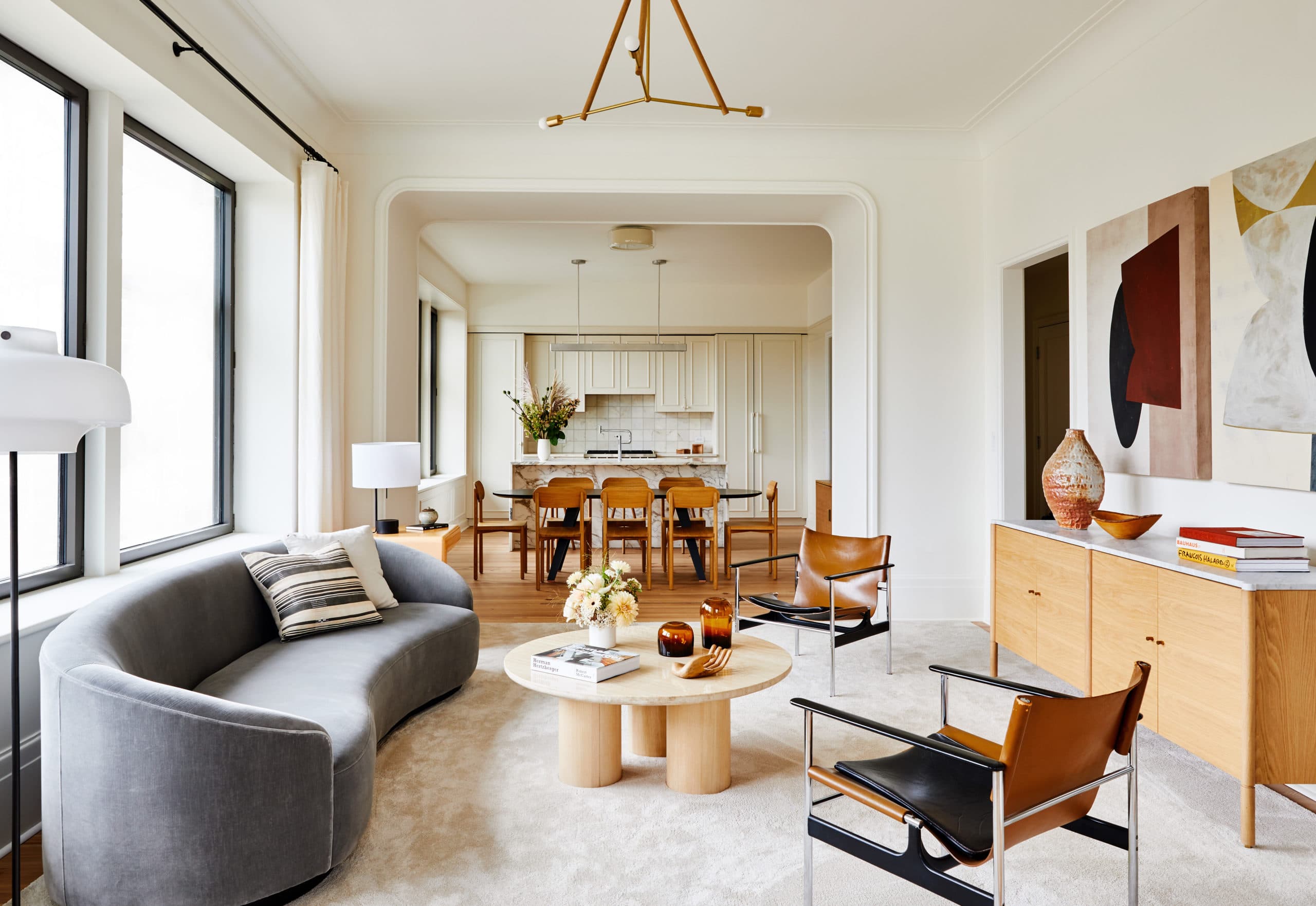 The nine-story building at One Prospect Park West has held court over Brooklyn’s Grand Army Plaza for nearly a century. It has lived several lives in its 96 years, first as a gathering place and hotel built by the Knights of Columbus, then as a senior care facility. But its newest incarnation is perhaps the most exciting: a condominium designed by Workstead, the first residential building by the firm.

Workstead looked to the 1920s architecture to set the tone for the new interiors, reinterpreting traditional features like generous foyers and ornate moldings with a modern twist. The studio designed custom light fixtures for the 64 homes, which feature reclaimed heart pinewood floors from the Hudson Company. As a cherry on top, architectural studio ODA designed a lush and wild rooftop oasis: the building’s own secret garden in the sky. Famed architecture firm McKim, Mead & White designed this neoclassical landmark in 1898 as the headquarters for the New York Life Insurance Company. Known as the Clock Tower Building, the 16-story structure has a marble facade rife with ornamentation that was inspired by Italian Renaissance palazzos, including lion heads, balustrades, and a columned entrance. A three-story tower holds the timepiece that gave the building its nickname.

In 2019, Elad Group converted the historic structure into 108 Leonard, a development with 152 condominiums, restoring the facade and landmarked interiors along the way. The anteroom of the former presidential suite, for example, was reimagined as a ground-floor library for residents. Designer Jeffrey Beers conceived the interiors with chevron-pattern oak floors, Scavolini kitchens, and Fantini bathroom fixtures.

Designed in 1929 by Ralph Walker—called the “architect of the century” by the New York Times—the 23-story structure at 212 West 18th Street features a facade rife with Walker’s signature Art Deco ornamentation. A restoration by JDS Development Group in 2012 added a distinctive metal crown that was part of Walker’s unrealized original plans, and converted the upper levels into 47 new condos.

Originally built as a call center for the New York Telephone Company and now known as Walker Tower, the building is one of the tallest in Chelsea and the new units offer 360-degree views through tilt-and-turn windows. More than half have private terraces thanks to the tiered architecture, and all are nearly sound-proof thanks to 18-inch thick walls and heavy-duty steel-and-concrete construction.

The Clock Lobby at The Towers of the Waldorf Astoria, New York, NY. (Photo Credit: Noë & Associates / The Boundary) 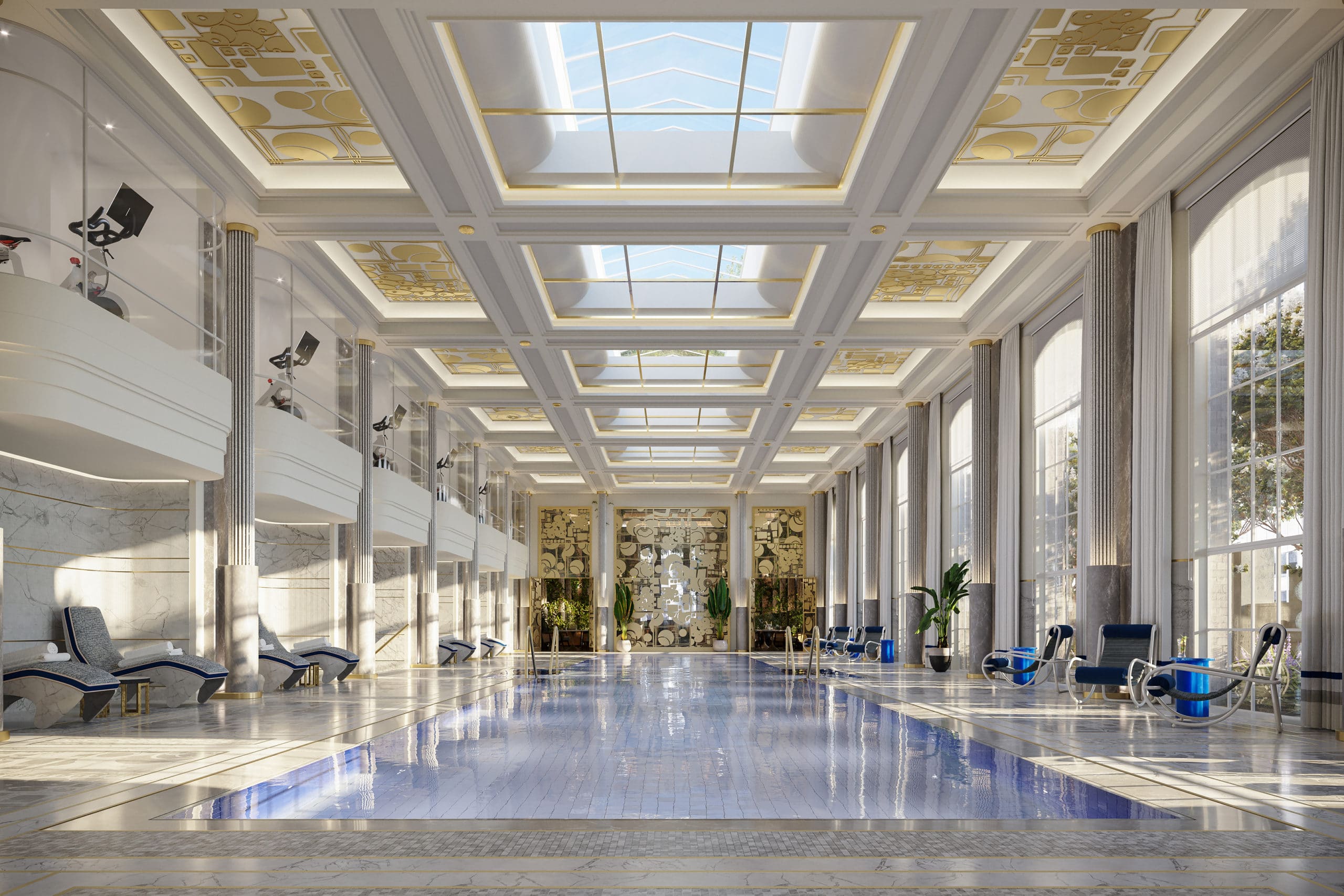 The Towers of the Waldorf Astoria

The Towers of the Waldorf Astoria has been considered one of the most iconic and luxurious hotels in the world since it opened in 1931. Soon, the coveted address will be home to 375 of Manhattan’s newest condominiums, thanks to an extensive restoration by developer Dajia Insurance Group. The architecture firm Skidmore, Owings & Merrill brought the Art Deco landmark back to its grandeur through a process that included the painstaking removal and restoration of original features like marble mantels, gilded mirrors, and crystal and bronze chandeliers.

Designer Jean-Louis Deniot brought that same attention to detail to the residences, which will occupy the towers above the hotel. The condos have a modern sensibility and classic features, like oversized lacquered front doors that open into grand foyers with marble-and-brass-inlaid floors. Residents will also have access to 50,000 square feet of amenities, including an 82-foot pool in what was once the famed Starlight Lounge. This Beaux Arts landmark may be the smallest building on this list, but it’s no less historic. Built in 1908 by architect William A. Boring, who also designed the Immigration Station at Ellis Island, the building functioned as a private Catholic school until 2013. A year later, it was purchased by architect and developer Cary Tamarkin, who meticulously restored the stone facade and converted the interior into 13 homes.

The oversized original windows and 12- to 20-foot ceilings mean each unit is flooded with sunlight. Nearly every floor plan is unique: Two triplex residences are reminiscent of a traditional townhouse, while the Solarium Penthouse was created from the original rooftop gym and features a vaulted ceiling and private terrace. Macklowe Properties bought the property in 2014 and enlisted SLCE Architects and Robert A.M. Stern to convert the 1.1 million-square-foot building into condos—the largest conversion of its kind in the city. When complete, it will house 566 units, one of which is a 13,000-square-foot triplex penthouse that incorporates the White Room, a one-time boardroom with a ceiling lined with mother-of-pearl Phillipine shells.

Occupying a full city block, the Belnord was built around a palazzo-style landscaped courtyard that’s one of the largest in the city. It has been a residential building since it was built in 1908, and it was added to the National Register of Historic Places in 1980 thanks to Italian Renaissance features like the vaulted porte-cochère, with frescoes and arabesques. 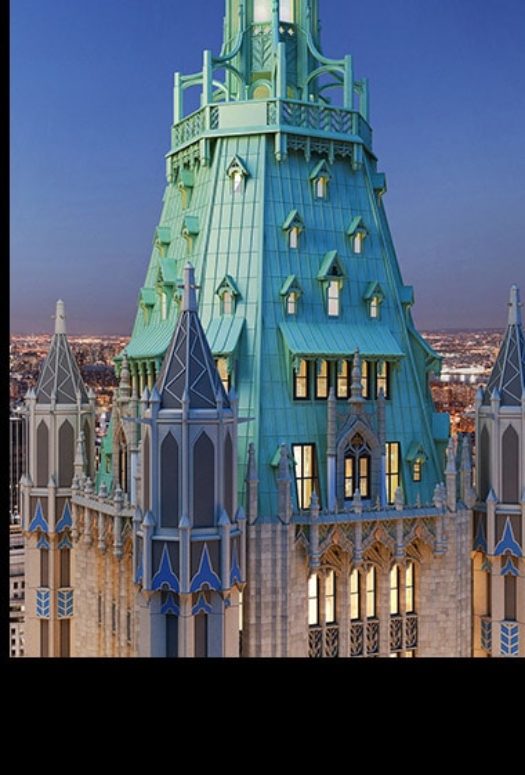 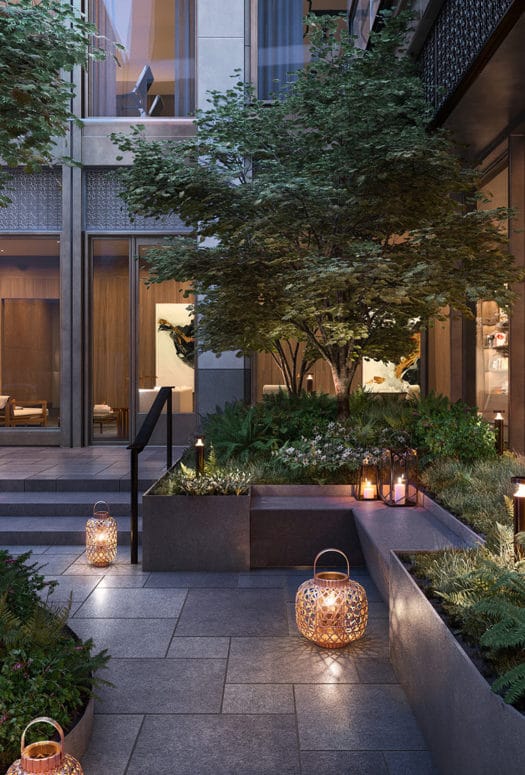